We spoke to Samuel Lim, a multimedia and animation student at Ngee Ann Polytechnic. We spoke about his aspirations and experiences. I hope that you enjoy reading this interview as much as we enjoyed conducting it! 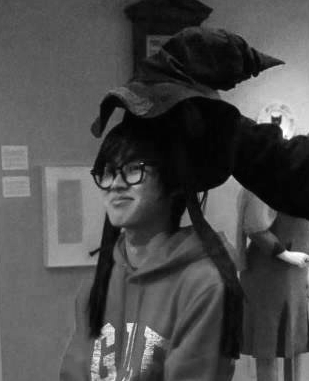 What do you hope to achieve from your course/ studies at this academy?

I studied Game Art and Design in Ngee Ann Polytechnic. In my 3 years I’ve learnt lots about the industry, such as the roles that play in making a movie/game. I hope to be able to achieve an entry level position doing visual development in an animation studio from the skills I have learnt here!

How did you get interested in animation and film production?

I didn’t realize my passion for animation until my second year in this school, when I watched Disney Pixar’s “Brave”. It got me really interested in another form of art, outside from what I was studying. Brave led me to watching other animated films, such as Wreck it Ralph and How to Train your Dragon, short films such as Le Gouffre, Paperman and La Luna, and I began to love the art behind all these amazing movies. I then started following a ton of animation artists that inspired me, and have loved animation ever since!

Tell me a little bit more about your ideal film/ short idea that you hope to create (make) in the future.

I’d say I would want to create an interactive type of movie. Similar to Thatgamecompany’s Journey, you play a character in a setting, and you unravel the story in a similar fashion to how the protagonist does in a film. It would be driven by great art and music, and would be very story driven. You would explore the vast world laid out for you, and experience all the nuances of a movie you never could before!

Which is your favourite 2D/ 3D film?

It changes far too frequently, but as of now, Brave or Wreck it Ralph. Heart strings ripped out man.

How would you describe your drawing style? Do you think that attending animation school has changed/ altered/ developed your personal style?

I would consider my drawing style something Disney-ish? It’s still in development so it’s prone to changes. School has definitely altered my personal style, which was heavily inspired by lecturers and peers around me

What are the challenges you faced when you first started out in animation?

For me painting was a huge challenge in the beginning. I had very bad control over a paintbrush, or sometimes, even a pencil. I pressed too hard or used too much paint, committed to lines to much without thinking. Eventually I got a little better, to where I am now, but there’s still plenty of things I have yet to touch on. Like rendering. Ugh rendering…

What helped you prepare to become the artist that you are today?

There’s far too many things that helped, to say in a short paragraph. But one of the things was YouTube. I listened to several lectures on the CGMA YouTube Channel, in particular, Ryan Lang’s and Helen Chen’s interview. They give many pointers about how they use different elements to start a painting, such as lines, space or story. Also watching Glen Keane draw during CTNX was amazing! He really manages to bring his characters to life on paper and watching his videos just fills me with awe. So yea, YouTube’s really played a big part in inspiring me and pushing myself to do better.

Do you have a preference for a specific type of tools (software) when producing animations? (Plugins, methods etc)


I prefer to start off traditionally, with a pen and paper. Once I get something I like, then I’ll move over to Photoshop and clean up the sketch, add colours, etc. After that it’s more and more refinement, clean up and layering of details.

Where do you get your (aesthetic) inspirations from?

For characters, Jin Kim, Glen Keane, Helen Ming Jue Chen, Cory Loftis, these guys are my heroes (there are tons more). Their characters have such an appeal that just makes me want to draw more and more! For backgrounds, Lisa Keene’s incredible shape language, James Paick, Michael Spooner, the list goes on.

Other than spending loads of time on animating, what are some of the other things you enjoy?

Skateboarding! I just picked it up and it’s a ton of fun.

Which company/ animator would you like to produce a film featuring your life?

My life? That’s a tough one… Glen Keane? It’d be cool seeing myself animated by his hands hahahaha.

What are your thoughts on animation? Are there any feelings/ moments/ scenes that you would like to recreate from the movies and films that you have watched before?

Wreck it Ralph spoiler alert. So that scene from Wreck it Ralph where Ralph fights Turbo. That whole scene actually, but when he says that quote (no one else I’d rather be but me…) and flies down to punch the Mentos, absolute chills. If I could recreate that it would be awseome!

If you could choose to learn from any artist in the past or present, who would it be, and why?

I couldn’t decide. But, if I had to, Mary Blair. Her shape language is really insane and the use of her colours just makes her designs stand out.

Can you see your career down the line? Is there a specific company that you wish to work in, or would like to create your own animation firm/ school?

I’m a Disney Pixar fan boy, so working under them would be awesome. They bring out a sincerity in films not many studios have achieved and that’s really something I would love to be part of.