Cartoons Underground sat down with Elena and Olivia Ceballos, a pair of twin sisters with a flair for art. At the tender age of 21, they’re currently concept artists at Dreamworks Animation, and have amassed many followers over the internet. In this interview, we’ve discussed their inspirations, their aspirations, as well as advice that they can give for aspiring young artists. 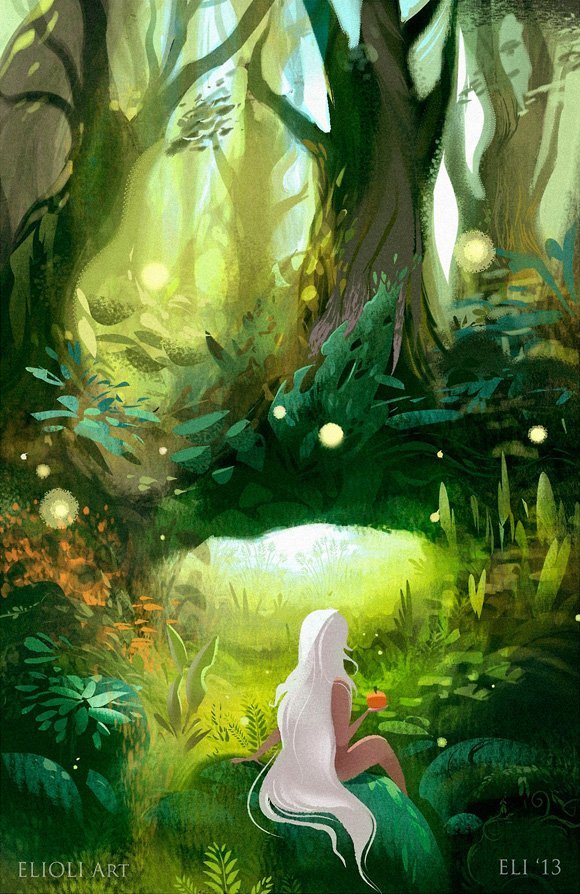 Before DreamWorks, what was life like from childhood to now? Did you always know you wanted to get into this industry?

E&O: We’ve always loved to draw!  Our parents were always very supportive of our interests. It wasn’t until we were 7 years old that we wanted to work in animation. We had just watched Spirit: Stallion of the Cimarron, and that was it! Although we wanted to be animators at the time, our interest has shifted to visual development and character design. So you could say, we have been drawing for a while!

Where did you grow up and did that influence the work you do?

We grew up on an island (it was more like a retreat for retirees). So we didn’t always have a lot of people to play with. Our second home was out in the middle of the country, also away from lots of people. We went to a small school that didn’t offer art classes, and the community we lived in really didn’t have anything for artists. It did discourage us for a while, but we believe that encouraged us to learn whatever we could, even if it was just by ourselves. So in a way, where we lived gave us more motivation to learn on our own and there was no excuse not to become better artists!

What are your favourite things to draw and create?

We love making atmospheric landscapes, a variety of different characters, (human and non human), and anything that captures a mood or a story moment. We also seem to have a lot of fantasy elements incorporated into our pieces.

What sparks your creativity when it comes to creating a concept?

Just getting out an idea that you want to see realized is the main spark of our inspiration. Some of it comes out of just goofing around in Photoshop and seeing something form out of a sketch, then making up a story for it. Sometimes you see a shape in a curtain or on your carpet, and you just have to draw something out of it! For us, inspiration can really come from anywhere.

Unless there’s a prompt to follow by, our work is usually very spontaneous. Nothing really planned. Just the feeling of something, whether it’s specific colors, lighting, or conveying a certain mood – that’s usually our initial thought process before the actual drawing. After that, you just draw what you want to see. The process is different for everyone. 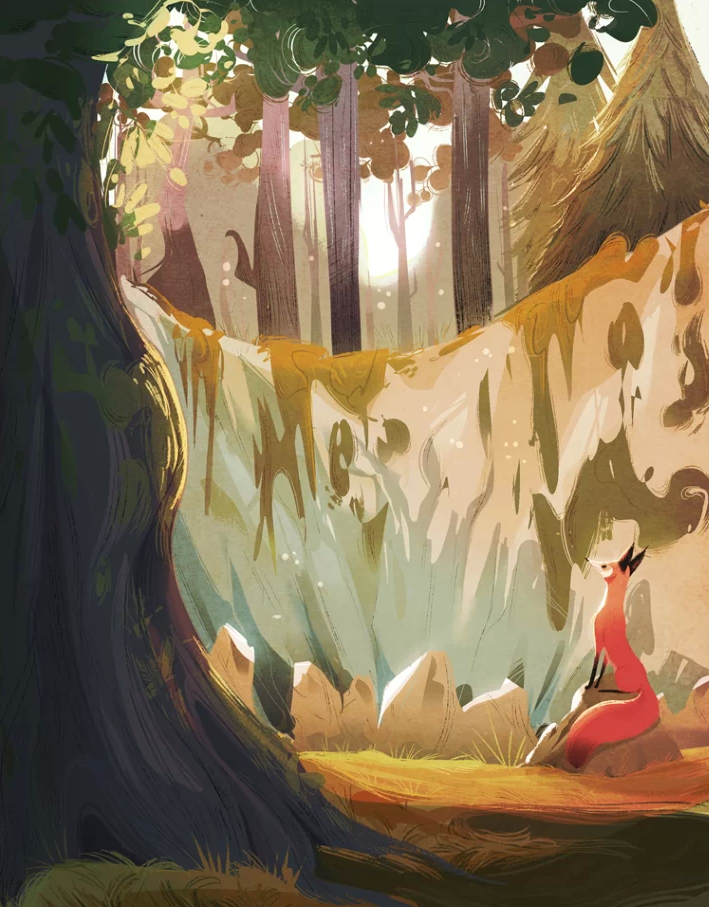 Did you ever get negative commentary or criticism about going into the animation and cartoon field? And if so, what did you do to overcome those negative thoughts?

Not from anyone in particular. We were 19 when we first got our real studio job, and with no prior experience or a degree, we’re pretty sure that someone felt a little unsure about our ability to take on the job. But we have had great support from many different people.

Who do you look up to in the animation industry? Who has influenced you the most?

Mary Blair, Osamu Tezuka, Genndy Tartakovsky, to name a few. And of course, anyone who works in the animation/illustration industry! We aren’t really partial to any specific kind of art, seeing that we like to experiment with different styles. And personally, we want to remain as versatile as possible, so we always keep an open mind to what’s out there in the art world.

What do you believe major companies like DreamWorks are looking for in those interested in working in the industry especially as a concept artist?

To be honest, we haven’t worked in this industry long enough to really know what they’re looking for. We’re still pretty new to this as well! Every studio requires different things, so it’s subjective, but also not really specific either. They’re just looking for good work. You can get portfolio feedback from places online or at events such as CTN expo in Burbank CA. You can usually get more professional advice from the veterans!

What would you say the shy, discouraged, concerned new upcoming artist has to do in order to reach a place in doing the kind of work you’re doing?

To NOT be everything listed above! You can’t be afraid to show your work. You can’t be discouraged (for long), and if being shy is just your personality, well, just be a little more open. We’re pretty shy ourselves, but once you get to know a group of people as awesome as the team we’re working with, you’re definitely a lot more comfortable and can just be yourself. The only way you’re going to grow in your artistic development and an online presence is to just go for it.

What was required of you to be considered for a position as concept artist for DreamWorks? (Education and Experience?)

Just like anyone who gets hired, you can get fired if you don’t do the job well enough. Someone liked our work, knowing that we didn’t have any previous working experience, and we were hired. We’ve stayed this long (now that we’re 21), so we suppose we’re doing an okay job!

What are your favourite shows right now? And do they influence the work you do at DreamWorks?

Oddly enough, we don’t spend that much time watching TV or any specific shows. We’ve always liked the Avatar and Korra series. We actually watch a lot of documentaries on ancient history and food channels! History shows have actually played a big role in our personal ideas. Mythologies from around the world have influenced certain aspects of our more fantasy-driven ideas. We find it highly fascinating. As for the food channels, we bake and cook a lot too! It’s a good way to take a break from art and do something else productive with your time. Not to mention, making some yummy treats for yourself too!

What’s the most important lesson you have learned along the way as you rose to the position you’re in now?

You always have something to learn! Not everyone is going to like what you do. Give clear direction, and make sure your concepts are clear. And don’t take yourself too seriously. Have fun!

What is your favourite DreamWorks production?

If we had to pick one, it would probably be The Prince of Egypt!

Are you working on something with DreamWorks now that we can know about?

Absolutely! It’s called VeggieTales in the House and it’s now on Netflix.It was also nominated for an Emmy a month or two ago. Proud of everyone’s work!

Can people see samples of your work online or follow you on social media?

Who has been your biggest support in your endeavours and your work?

Each other, our parents, our family, amazing people we’ve met and worked with, and putting our trust in God to help us get through each day.

Every piece of visual artwork in this article is copyrighted by Elena and Olivia Ceballos. Cartoons Underground holds no claim over their designs.