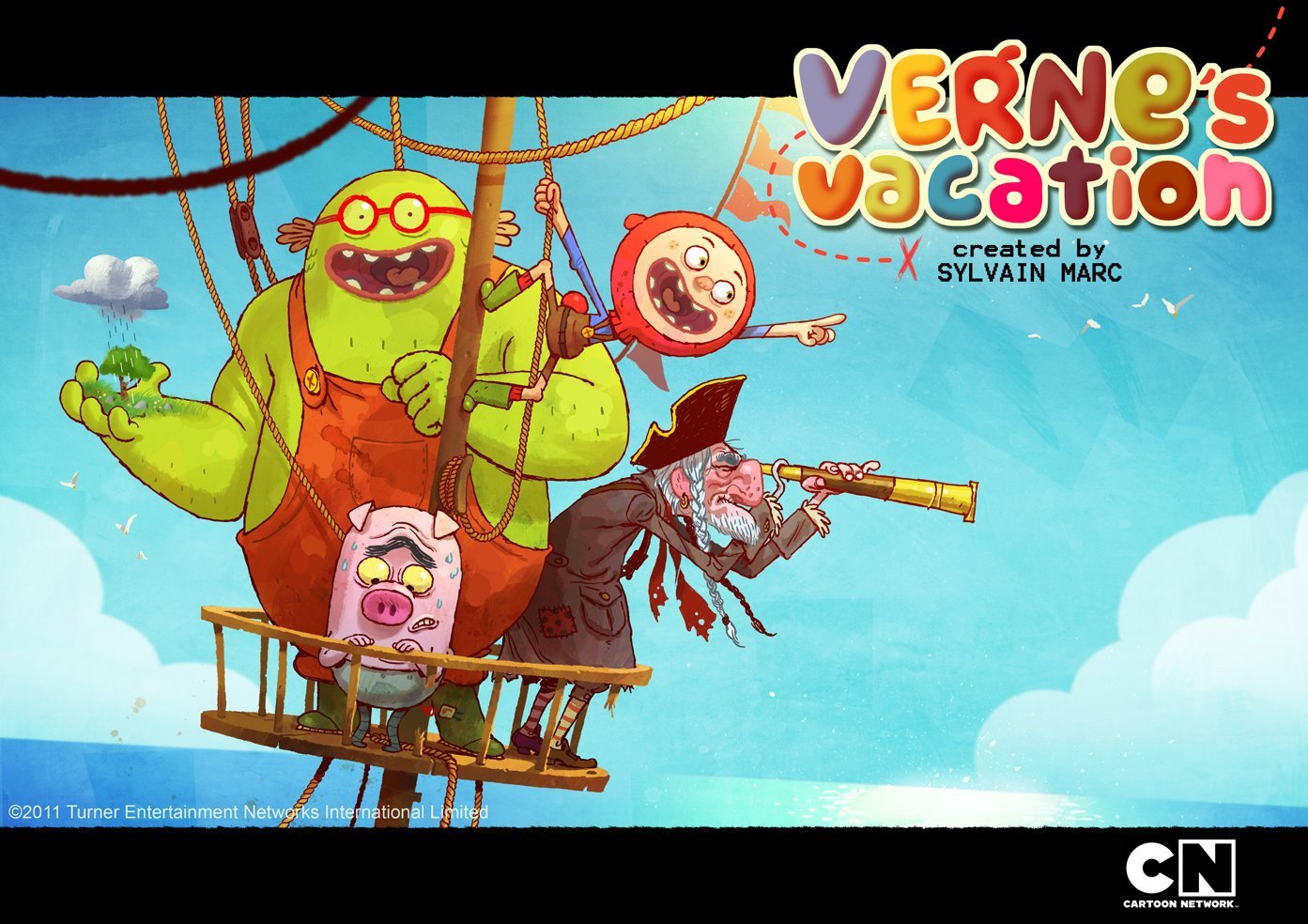 I went in to Sylvain Marc’s “Verne on Vacation” completely blind—I had no idea what to expect except a pilot for a cartoon, and that was it.

Upon clicking that ‘play’ button, what immediately struck me were the vibrant colors and textures the world is built with, and second was the lively animation that brings each character to life—especially Verne, the young, energetic protagonist who dreams of being the best explorer in the world. 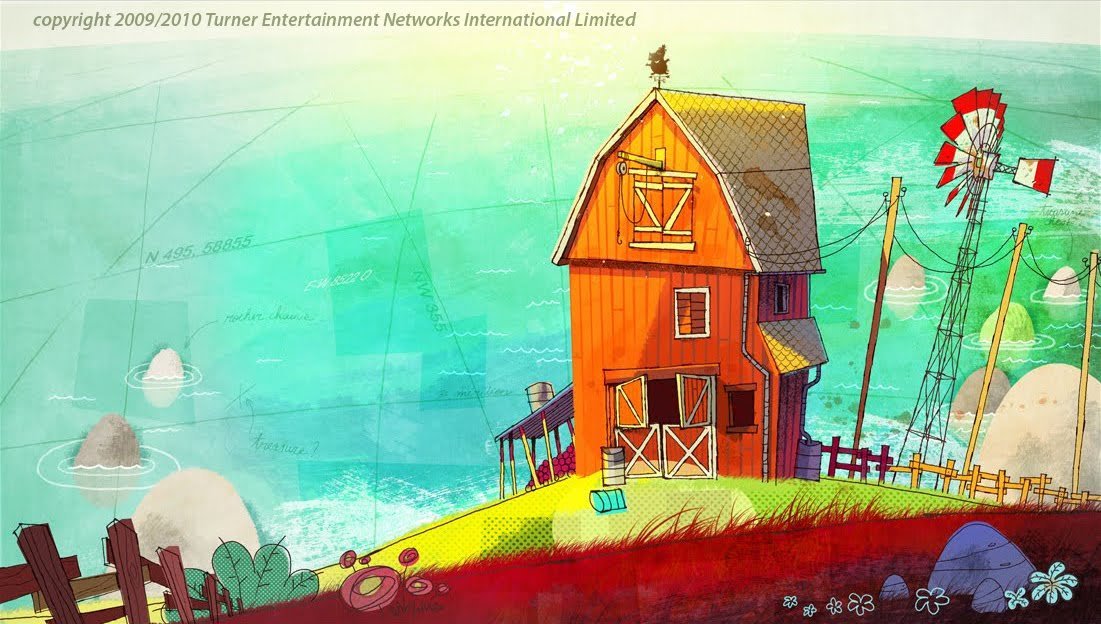 His companions are the soft-spoken magical merman Horace, and Gaston, a pragmatic and grumpy pig who is also at least part robot. Together they live on an island with Verne’s grandparents and presumably cause all manner of hijinks if the pilot is anything to go by.

You see, even though Horace is magical, his abilities only work when he touches water, and the effects are entirely random—so when Verne dumps a bucket of the stuff onto his friend, a tiny forest grows on his backside.

Verne is eager to explore, but not only is the forest too small, they have a barn to fix. Verne is not so easily deterred, and the next beat of the story follows his various creative attempts to make Horace’s magic shrink him while Gaston is forced to work around whatever form Horace’s magic takes.

I’ll let you watch and see how the story concludes for yourself, but know you’re in for a fast-paced, lively ride full of charm and potential.

Please refer to this link for the pilot episode: