Kelly Bender is a Comic Book writer who has worked with Alterna, Markosia, Insane Comics and several other publishers. He is also the creator of Starburn”, which was nominated for the “Best Series” Ashcan Award (2015), and which earned him the “Writer of the Year” Ashcan Award (2015).

Kelly spoke with Cartoons Underground about his inspiration, his experiences, and the publishing industry. Here’s what he had to say – 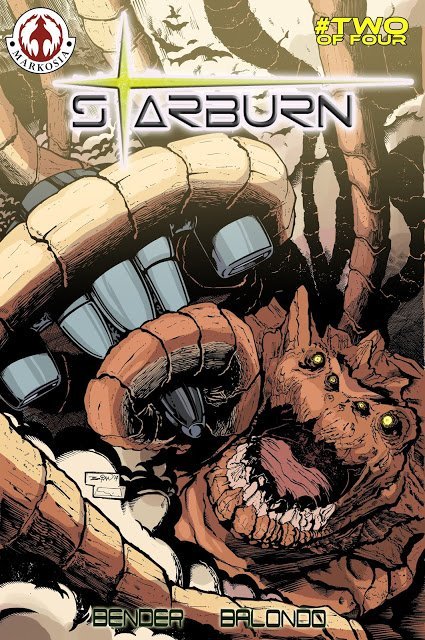 In 50 words or less, please tell us about yourself.

I’m a comic book writer originally from Calgary, Alberta, Canada but now residing in Singapore with my wife, young daughter and our cat.

What inspired you to start writing?

I’ve always had an interest in writing and actually wrote a couple children’s picture book scripts many years ago, but they never got picked up by publishers.

Then a couple years ago I had a dream one night, woke up and I frantically tried to write down all I could remember of it. That dream then became the first comic book I ever wrote, I completed the entire four issue miniseries script but couldn’t get it picked up by publishers, as I wasn’t proven in the industry at the time. So I started doing anthology stories (comic book short stories), 24 page stand alone stories, and then eventually miniseries and those stories all got accepted by publishers which lead to my next project and then my next project. Which is where I am at today.

What qualities do writers possess?

I think one of the biggest things, is the ability to be able to see the world a little bit differently than everybody else does. Also being able to juggle all these multiple conversations, personalities and characters in your head, and then be able to make them speak and relate to the audience.

What is the role of a comic writer?

If you want to put it into movie terms a comic book writer is the scriptwriter, art director, producer and sometime director. In the scripts I not only write the dialogue but also I tell the artist (& the rest of the art team) about what’s going on in each panel/scene.   It’s funny the more people I meet the more I realize that they have no idea what it is that a comic writer actually does. When people first meet me they’re always like “wow you write comics! Do you draw?” In my head I’m like if I drew comics I would’ve said I was a comic artist and not a comic writer.

Many of Cartoons Underground’s young followers would like to know more about finding jobs in the industry. How did you start your career?

If you want to be a writer then I suggest you write. Write as much as you can and if there is an industry you’d like to write in, I suggest you study that industry and then set up a game plan on how you can get into that industry. Comics is a weird industry where it doesn’t matter what art or writing degree you have, if you haven’t done the work before you’re not working on a major published comic. I suggest for all people wanting to do comics, that they apply to a publisher who is doing ANTHOLOGY publications. Anthologies are short self-contained stories and it’s a great way to learn and hone your craft. This is a great way for you to realize exactly what this industry requires of you and if it’s right for you.

How did your career progress over the years? Was it a difficult process?

My career started by writing and submitting anthology comic stories. I was fortunate enough to get them accepted and then I started writing 24 page self contained “one-shot” stories. I pitched them to publishers and once again got lucky that they were accepted. One story getting picked up leads to your next story getting picked up and so on and so on. It’s not a difficult process but it is a process. In order to work and get published you have to put the time in and you have to show them that you can do the work.

Where are you currently working, and how were you attached to the company?

Currently I have books being published by ALTERNA COMICS, MARKOSIA ENTERPRISE, INSANE COMICS and I have a short story being published later this year by TOP COW (a branch of IMAGE COMICS).

How do you handle deadlines?

The exact same way everybody else does, by procrastinating and then pulling an all-nighter.

I work in one of the few industries where if I show up to a job interview wearing shorts and a printed t-shirt, not only is it accepted it’s also kind of expected. The thing is people look at comics and think it’s all fun and games, but it’s really not. It’s a real job and it’s really a lot of work with crazy insane hours.

When a book is picked up the publisher gives us a deadline for each issue to be completed, I then inform my team (the artist, inker, colorist and letterer) and we go about meeting those deadlines.

Do you work with other writers or artists in your company, or do you answer solely to the publisher?

Presently each book I work on is a story I’ve either created myself or co-created with the artist. I answer solely to the publishers I currently work with, and they’re wonderful to basically let us go freely with our stories. The publishers handle most of the promoting of the book and the overall look and feel of the printed versions.

How do you feel about working in a team?

To me working and collaborating with my team is one of the best parts. I like building friendship with them and it’s really a team effort. Just like any team trying to win their championship you need EVERY person performing at their best and committed to that same goal, it just happens our goal is getting published and completing a quality book.

What is the biggest challenge of being a writer?

Keeping your ideas fresh and building a readership. Staying focused sometimes is a challenge. Being a writer is a solitary lifestyle, and you have to stay focused.

How do you overcome these challenges?

I get inspired by what others are doing and that helps me push my writing. To cope with the staying focused aspects, sometimes I just get out of my own house to write just so the distractions aren’t there. The main distratctions being my cat wanting pets, the fridge, the TV, the couch to nap on and the internet. Sometimes I go out just so I don’t have Wi-Fi and can simply write.

What opportunities are there for writers in the animation/comic industry? How do you get these opportunities?

There are plenty of opportunities in the comic book industry, but YOU have to make these opportunities by putting out successful completed projects. At the end of the day major publishers (in ANY genre) want to know two things: 1) Can you DO the work? 2) Can you SELL the work? That’s it. DO and SELL. You successfully keep doing those two things over and over again and you’ll have a career in writing. 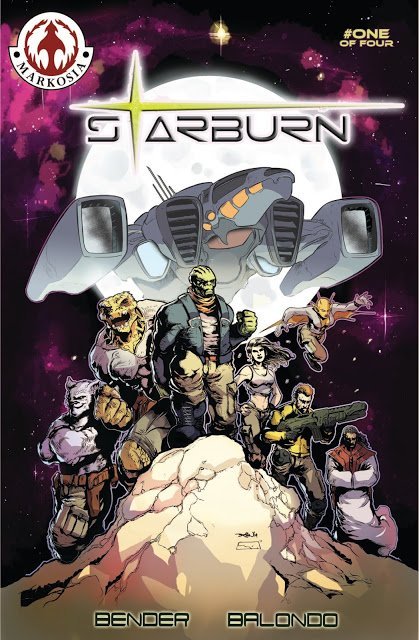 Is it easier to enter the publishing industry, or is it getting more difficult?

This is question that is very hard to answer, as there are a variety of interpretations and definitions to what that means “break-in” or work in the comics industry. I’ll answer this question while explaining both definitions of what it means to “break-in” to the comic book industry.

Is it easy to publish comics? YES! With the introduction of digital comics, there are more and more indie/small publishers that are looking to publish fresh and new creators. Also you can self-publish using these digital formats or by doing a web-comic. So if you want to “break-in” to the comic industry there are many ways to do it and it’s that easy.

Now if you’re talking about making a living and being paid a page rate (as opposed to just earning back-end pay off of the eventual sales of your books), this is much more of a difficult thing to do. Reminder that whole DO and SELL thing? This is where that comes in. You do the self-publishing or indie/small publisher thing first and you build up a reputation, only then will the bigger publishers take a chance on you. This is hard. This is difficult as there are so many talented people trying for the same jobs.

How do writers and artists interact with the rest of the team? Do you agree that producing a literary/design-oriented project is a collaborative effort?

What advice would you give to aspiring artists?

The same advice I’d give everybody who wants something bad enough. DO IT! If you’re a writer, write. If you’re an artist, draw. Keep at it and hone your craft and sharpen your skills and you will get where you’re going.

I’ve always said that there is a huge difference between wanting something and WANTING something. How bad do you want it?

Advice specifically for artist is this: Practice doing sequential art (actual comic book pages), I get that people like seeing covers and pinups, and they sell way better than sequential pages. BUT every comic book has only 1 cover and over 20 pages of sequential art inside, so which do you think you should focus more time on if you want to become a comic book artist?

Want to see more of Kelly’s work? For more information, visit his blog at www.myimaginationshome.blogspot.com.