Written by Tiffany Lim. An updated version of this article may be found on Media Context’s online portal.

Cartoons Underground touched on entrepreneurship, which is quickly becoming one of the most important components to a career in animation. Production companies in Singapore are shifting from content production to IP development – and this shift is happening faster that we can imagine.

In order to find out more about this topic, Cartoons Underground approached One Animation, an award-winning CG animation studio that is currently based in Singapore. Their content is broadcasted by Disney Channel, Cartoon Network, Nickelodeon, Discovery Kids, ABC, and is seen across more than 60 countries worldwide.

We spoke about their three projects, Rob the Robot, Oddbods and Insectibles, which are all internationally successful. Here’s what they had to say: 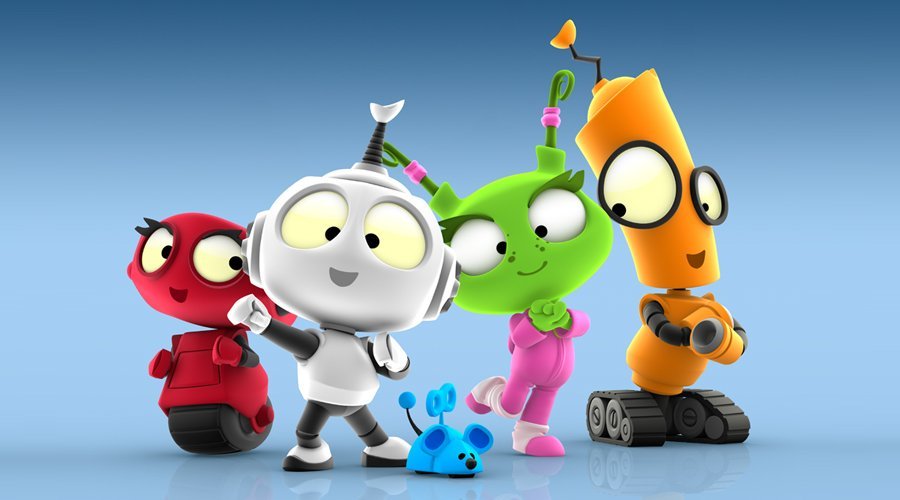 Rob the Robot follows the adventures of an adventurous robot (Rob), as he explores the galaxy with his friends. It is a CGI animated television series for Preschoolers, and is co-produced by Canada’s Amberwood Entertainment and Singapore’s One Animation.

“In the case of Rob the Robot,” Steve (a co-founder of One Animation) describes, “We still own the underlying rights to it.”

Amberwood Entertainment was the initial producers of Rob the Robot. However, once One Animation decided to join them as co-producers, the project’s underlying rights were split between both companies. Both companies now have the distribution rights to sell the property.

Rob the Robot was based on a children’s book in Australia, which Amberwood Entertainment bought the rights to. When One Animation was introduced as a co-producer, took the concept, they felt that they could improve the visual and animated aspects of the project. Both companies worked together to produce the first and second seasons. One Animation designed the visual aspects of the project, whilst Amberwood Entertainment handled and the voices, music and story.

“We chose to co-produce Rob the Robot, as we went into the market, found something that already had a broadcaster connected to it, and a partner that had a project that we could bring value to,” Steve explains. 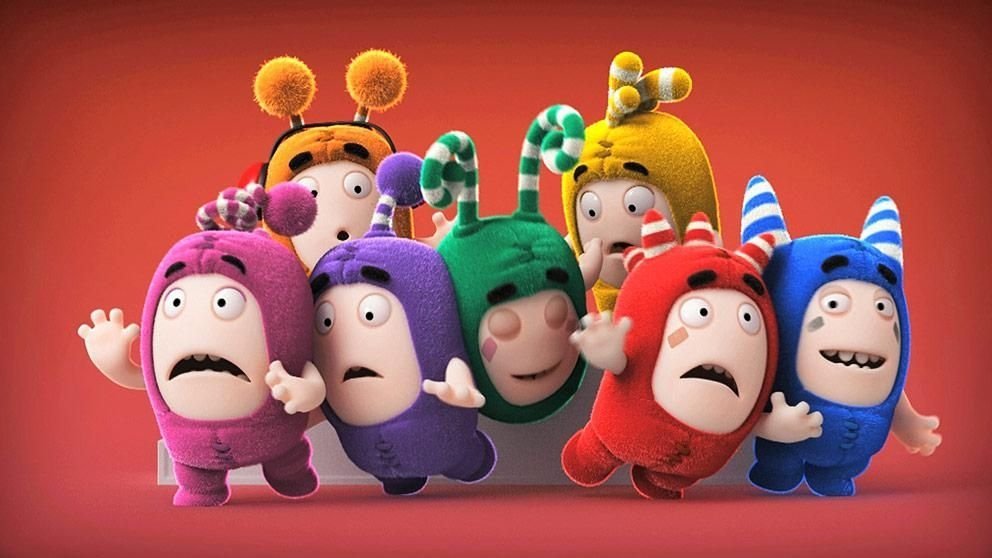 One Animation’s Oddbods stars seven adorable characters, with seven distinct personalities. It is featured on Disney X D (U.S.A.), Nickelodeon, Cartoon Network, and has a PTDR cartoon slot on the Canal+ Kids channel Télétoon+ in France.

One Animation started on Oddbods by conceptualising the characters, and designing them with 3D Modelling software. They did a number of tests, which caught the attention of Next Media, which had a mobile platform in Taiwan and Hong Kong.

“They were looking for content that was charming,” Steve Claims, “that sort of fits the short form, so that they could broadcast their material to individuals in those territories who have Apps on their phones, and are able to view their content. They saw Oddbods, and felt that it was a really strong property. That’s how we got into production on the first 300 episodes that we developed of Oddbods, which were one-minute episodes.”

Through the use of mobile technology, new episodes appeared in the market on a daily basis. One Animation transformed their mobile content, which had been distributed in Taiwan and Hong Kong, into different formats. They took either one of two approaches – either they converted the Oddbods into five-minute clips, which consist of five one-minute episodes and simple transitions, or they left their episodes as one-minute content.

“Nickelodeon was actually the first to buy it in Asia, and then Disney bought the Oddbods,” Steve explains. “We’ve also done sales in Disney US. It’s actually a globally sold project now. Cartoon Network (South America) took it as well. Nickelodeon, Cartoon Network and Disney took it – which is very rare. I’ve never seen another company in Asia develop an idea from a blank sheet of paper, and actually sell it to the US Disney market, in the same way that we have done with Oddbods.”

A combination of factors have led to Oddbods’s the commercial success.

“Firstly, the character designs are incredibly cute,” Steve says. “I think that the different personalities that each one of them has brings a relatable aspect to [the show]. As an individual, when you see them, you kind of relate to one more than the other. I think you sort of feel part of that character.”

“[The show] is also universal,” Woody (the Director of One Animation’s Insectibles) states. “It doesn’t rely on dialogue. It relies on physical comedy, and it’s universal. You can show [Oddbods] to anyone on the planet that doesn’t understand a word, because there aren’t any words being said. That’s very easily translatable to anyone.”

“The animation quality is very high as well,” Enrique (the head of One Animation’s R&D) continues. “This is necessary, as you’re not relying on dialogue to communicate. The show relied on very subtle acting, very clear setup and staging for the gags.”

The Oddbods’s comedic storyline also contributes to their popularity. According to those at One Animation, Comedic shows are extremely successful. Each broadcaster has their own mandates, and they focus on different target audiences. Comedy is a universal concept, and appeals to all viewers.

“We put the characters in kind of everyday scenarios, which draws you in,” says Steve. 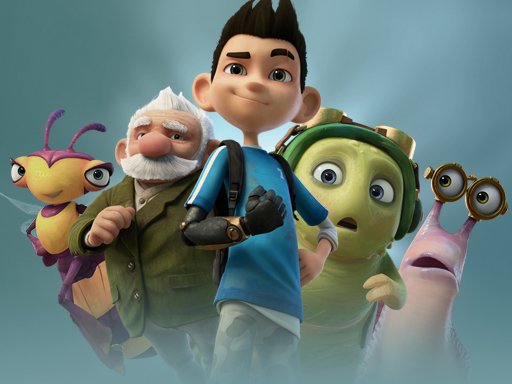 As compared to Insectibles, Rob the Robot and Oddbods were a lot simpler to produce. One Animation’s first animated series (Rob the Robot) was for a preschool audience. Although their second series (Oddbods) had an ambiguous demographic, it was a big step for them. Oddbods applied different textures, its storyline appealed to an audience that was more mature, its rendering process was more complex, and its animation had improved.

One Animation’s third series, Insectibles, was a quantum leap above their previous ones. It follows the adventures of a teenage boy (Zak) and his grandfather, who have been shrunk down to the size of insects, and are trying to find a way to return to normal. The show is co-produced by Discovery Kids Asia and KiKa (German children’s channel), and ZDF Enterprises (European broadcaster). It is successful in Europe and South America.

During Insectibles’s development, One Animation actively approached broadcasters for advice, and revised their ideas according to the broadcasters’ suggestions. They started with a pitch bible with the characters, and it evolved from there. With each meeting, One Animation refined their product, and eventually found broadcasters who were interested in commissioning their project.

“At first, [our broadcasters] were really happy with [the first episode of Insectibles],” Woody recollects. “However, because we are a somewhat unknown, small studio in South-East Asia, they really wanted us to prove that we could produce several [episodes].”

If a producer intends to invest heavily in animated project, they will question the project’s applicability to their channel, as well as the firm’s ability to produce it. As Steve puts it, “Making one episode – anybody can do that. Can you produce ten and a half hours of that content in twelve months? That’s a challenge.”

One Animation has the ability to create content that is globally accepted. According to Steve, many studios tend to struggle with global content, whilst One Animation’s international members enable them to develop universal concepts. In addition, One Animation’s series have strong concepts, and quality content – this bolsters their reputation.

One Animation intends to evolve content that they currently have.

“Getting into feature films is the next big step for us.” Steve claims. “We think that we’re now getting a feature film ready to produce content.”

Their pipelines are improving every day, and they’re doing some major changes to both sides of their pipeline (in terms of rendering and animation.) They are upgrading all of our methods.

“We feel that we’ve mastered the TV process in terms of being able to create high-quality content,” Steve finishes. “The next step for us is to take our IP, and to develop new IP for feature films.”