I’ve always loved animation and watched a ton of Looney Tunes, Hanna-Barbera, 80s boys action toons and the Disney classics growing up. But it was during my time in university when I discovered the films of Studio Ghibli that got me really interested in animated storytelling.

We’re a content and production company, with a focus on animation and animated properties across different platforms. Locally, we’ve worked with Mediacorp on its first prime-time animated series, ‘Heartland Hubby’. Our corporate clientle includes Samsung, OSIM, the Walt Disney Company, River Safari and others.

Animation is just a unique way to tell stories. It combines so many artistic skill sets and film languages. The Disney masters said it the best – it’s the illusion of life, and that feels inherently magical. I’m thankful the part of me that fell in love with cartoons at a very young age never faded, and now I get to do it as a career.

Depends on the story you’re telling, and the way which you choose to tell it. I don’t think too much about values or themes early on. The story, premise and characters have to be compelling first. 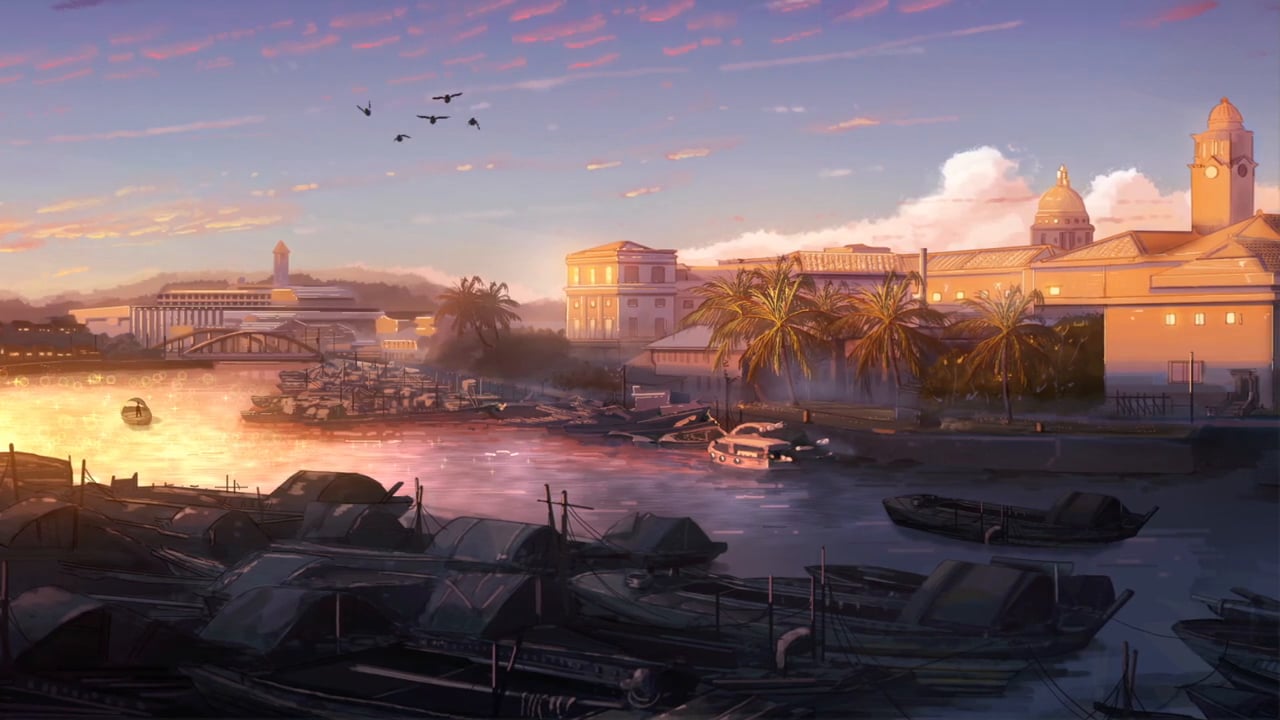 ‘The Violin’ – Inspiration and Values

I wanted to tell a Singapore story using animation that pays tribute to our nationhood and also feels personal and intimate. I was also very keen to re-imagine some of Singapore’s iconic landmarks – many of which are gone – using animation. The idea was to tell a story that all generations of Singaporeans can enjoy, and derive their own meanings from, based on their life experiences.

The idea of it being a silent film set in very early, and that music would essentially ‘narrate’ the story. I then basically broke up the film to 4 parts, each covering a period in the country’s history. We spent 6 months researching, writing and storyboarding. In animation, there is usually a lot of concept design done but we did very little of that. Instead, we used a lot of historical and archival images and material as design reference.

I think every person who sees the film would derive his or her own meaning from it. The story and its presentation might evoke both different and communal feelings about a variety of things, whether it’s Singapore as a country or home, our forefathers, our relationship with the country’s ever-changing urban landscape, and so on. In the end, it’s really a love letter to Singapore, albeit one without words. 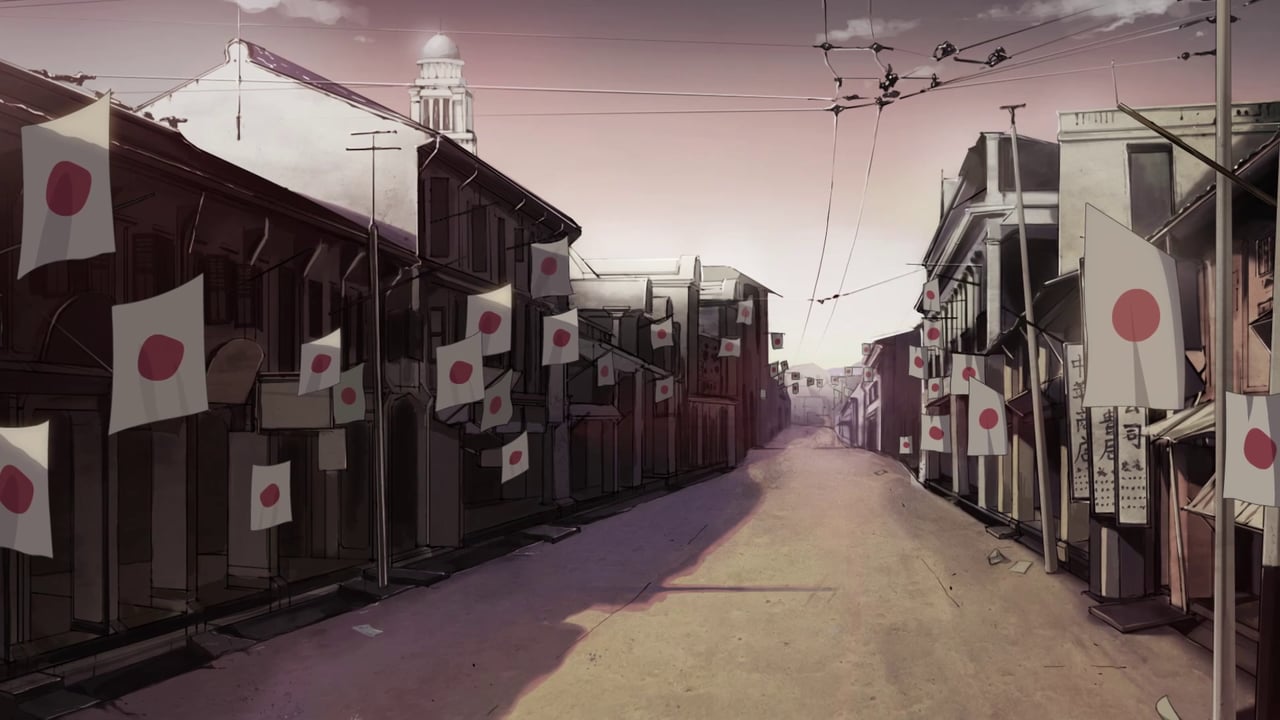 We used TVPaint, Toon Boom, and a bit of Flash. Some shots were animated traditionally i.e. done on paper before being scanned digitally for cleanup and colour.

We produced it with a relatively low budget, financed through grants from the Singapore Memory Project, as well as donations and sponsorships from the private sector.

Condensing 80 years into 15 minutes and still be able to weave a personal narrative into the story was quite a challenge. We didn’t have a script, only an outline and detailed story treatment so I had to work very closely with the storyboard artist while giving him some freedom to visualise. Because it’s a silent film, the tone wasn’t easy to nail down. Most of it was actually set by the backgrounds, which were painted with great detail. I listened to lot of violin soundtracks during writing and the animatic editing in order to mentally lock down a certain tone before discussing it with the composer.

Doing a silent film was both liberating and restricting. On the one hand, time was saved on crafting dialogue and exposition, but on the other hand, it had to be pure visual storytelling – using action, performance, staging and cinematography to convey story.

In total, including staff within the company and external teams, about 30 people worked on the film. We had line producers who did most of the coordination, and supervisors for each stage of the production. Because the budget was small, some of us had to wear multiple hats. I wrote, directed, produced and edited the film, for example.

Most filmmakers will tell you that you never really finish a film; you simply run out of time. Animation is the same. There are always things that could be better – if there was more time, more budget etc. One thing I wanted to include but didn’t was some of the post-independence events that tested our resolve and unity as a nation, such as the Hotel New World collapse and SARS – events that I personally remember really united the country in the harshest of times. 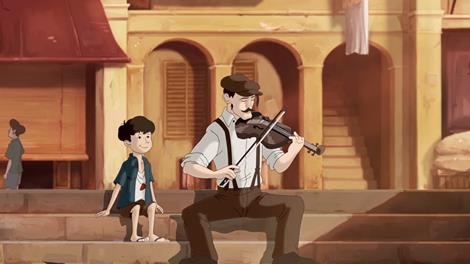 I would like to develop ‘The Violin’ into a feature-length film, and in the process of exploring the avenues to do that. We’re also working on a preschool storybook app that we’re aiming to launch end of the year. It’s very much an original animated property and hopefully something unique for local kids and parents to enjoy. And I’m planning to produce another animated short film for next year, and starting to sound out potential partners and sponsors.

I can’t speak for other professions but this business is one where more often then not, you hear the answer ‘No’. As a creative professional or artist, you have to be able to take the hits and keep moving forward, keep believing in your craft and talent, keep improving yourself. This is a job that you don’t retire from, and that is actually a blessing, because it’s a job driven by passion and meaning. To me, that means you have found your calling, so you owe it to yourself not to give up, because some people spend a lifetime searching for it.

To watch “The Violin”, please visit its official website, http://theviolin.sg