Did you know that this year’s selection at Cartoons Underground is full of award-winning films that have made waves at prestigious film festivals all around the world? Today we feature a few of these films that will make your eyes pop, your jaws drop and your heart skip a beat or two!

This heartwarming yet incisive stop-motion film was produced by Singapore’s very own Low Ser En as part of her graduation project at the United Kingdom’s National Film and Television School (NFTS). The film, directed by Paloma Baeza, won the prestigious McLaren Award for Best British Animation at the Edinburgh International Film Festival.

“It was a very collaborative effort with the director Paloma. I had the chance to be creatively involved, from script development all the way to the edit,” – Low Ser En

Read more about her experience working on this project here in an interview with John Lui from the Straits Times.

And what’s stop-motion without a peek into the tireless yet magical making-of process: 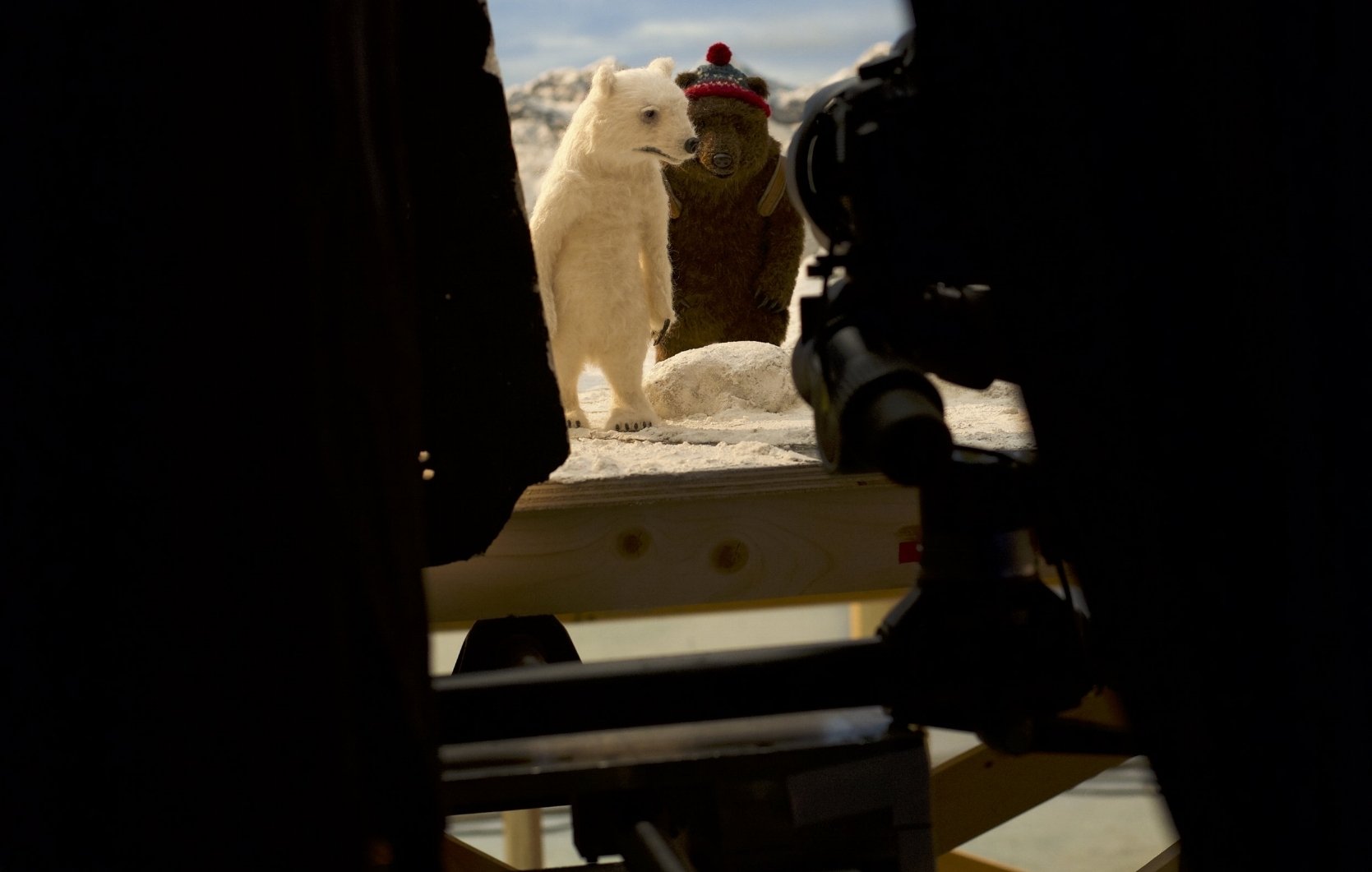 “The textures of this film are lovely, from the grains of snow that we see blow into footprints, to the distinctive coats of the two bears, that ruffle in the wind and with movement.” – Amber Wilkinson

Read what one UK film critic had to say about this film!
http://www.eyeforfilm.co.uk/review/poles-apart-2017-film-review-by-amber-wilkinson

The film Nighthawk (Slovenia/Croatia) by acclaimed animator/director Špela Čadež, was awarded the Grand Prix – Short Film at the 27th World Festival of Animated Film – Animafest Zagreb. It also received the Honorary Mention at DOK Leipzig and Very Special Jury Prize at Animated Dreams 2016, amongst many others during a hugely successful festival run.

“This seemingly simple but surprisingly complex film adds a new layer to a traditional animation technique of multiplane cut-out. It uses parallel storytelling to switch between different perceptions to effectively create an extremely engaging tragedy of a man/animal,” said the jury of Animafest Zagreb.

And while you are at it, read this illuminating interview with ‘Nighthawk’ director Špela Čadež with Skwigly!
http://www.skwigly.co.uk/spela-cadez-nighthawk/

This evocative and abstract experimental animation takes us on a visual odyssey that celebrates the sense of dynamism and aliveness that exists in many specimens of Islamic calligraphy. The film, made while he was a PhD student at NTU Art Design and Media (ADM), was selected for this year’s Ottawa International Animation Festival.

This film originated from my personal desire and experience as an animator and artist who is also familiar with Persian calligraphy. Born and grown up in Iran, my aesthetic taste has developed in a culture in which calligraphy is considered a prominent form of artistic expression. I was exposed to various forms of Persian calligraphy and calligraphic art early on in my life. Looking at various specimens of calligraphy I would find it difficult not to feel a sense of dynamism and not to be inspired by the movement and rhythm that they invoke. To me—an artist whose main medium of expression is animation—various pages of Persian calligraphy possess a life force: They appear to be animated, not in literal terms, but in essence. To my aesthetic sensibilities many specimens of traditional calligraphy and contemporary calligraphic art seem to be imbued with the desire to become animated. The Third Script is an experimental animation that celebrates such a Proto-animated quality of the art of Persian calligraphy.

In some mystically-inclined literature from the Persianate world, individual letters, words, the reed pen of calligraphy and other calligraphic-related elements have been used as metaphors to explain the unexplainable secrets of the universe. This film is inspired by some of those metaphors.

The title of the film (The Third Script) refers to one of the sayings of Shams-i-Tabrizi, better known as Shams of Tabriz, who was a mystic and the spiritual instructor of the prominent Persian poet of the 13th century, Rumi. Shams says in his book, Discourse of Shams-i-Tabrizi:

“That calligrapher wrote three scripts
One he read but no one else
Another he read and others too
The third neither he nor anyone else could read
I am that third script.”

Lastly, take a peek into the process that gave rise to his wondrous images:

Stay tuned for Part 2 of our closer look into the award-winning films to be showcased at Cartoons Underground this year!

In the meantime, do not forget to book your tickets at Eventbrite now!
https://www.eventbrite.com/e/cartoons-underground-asias-independent-animation-festival-tickets-38201106538