We promoted and showcased animated films by talented local directors, animators and producers in Singapore. At the end of the event, only one local-made animation was presented with the highest honour of getting the Golden Durian Award; for best film, best director and the “People’s Choice” award. 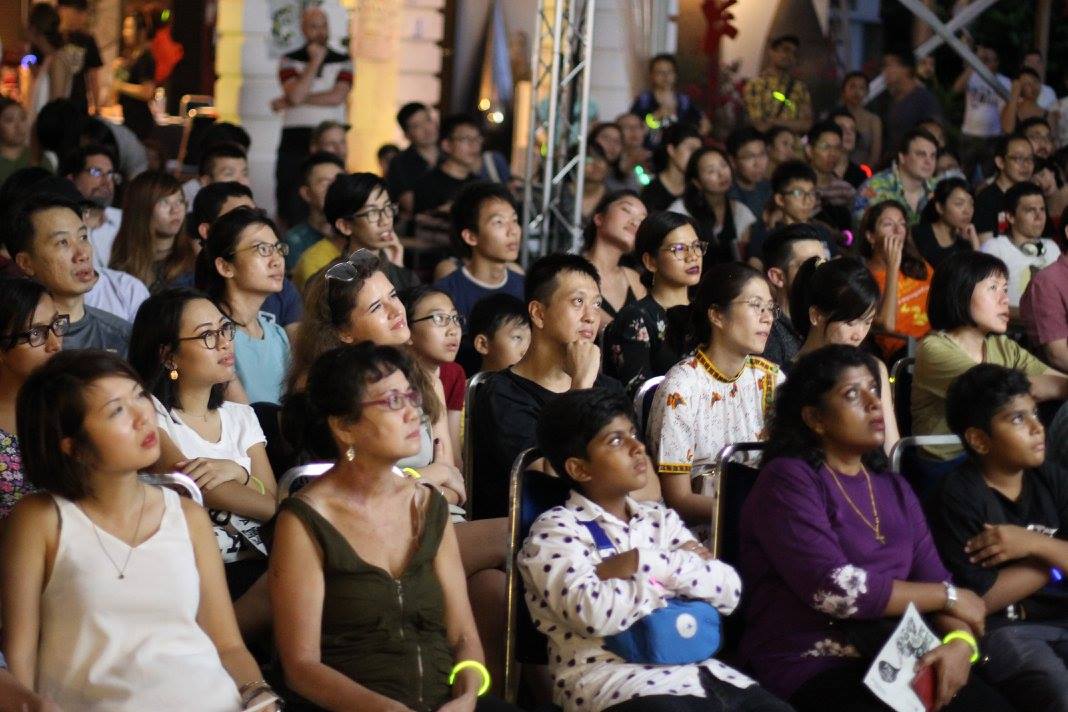 The three judges, Chris Shaw, Marchand Jooste and the Zhuang Brothers made a tough decision to select the best film and best nominated director. Besides their personal opinions, the decision proved difficult for them as the short films screened during the event had great storytelling and narrative as well as fantastic cinematography. However so, they judged them all equally and fairly. 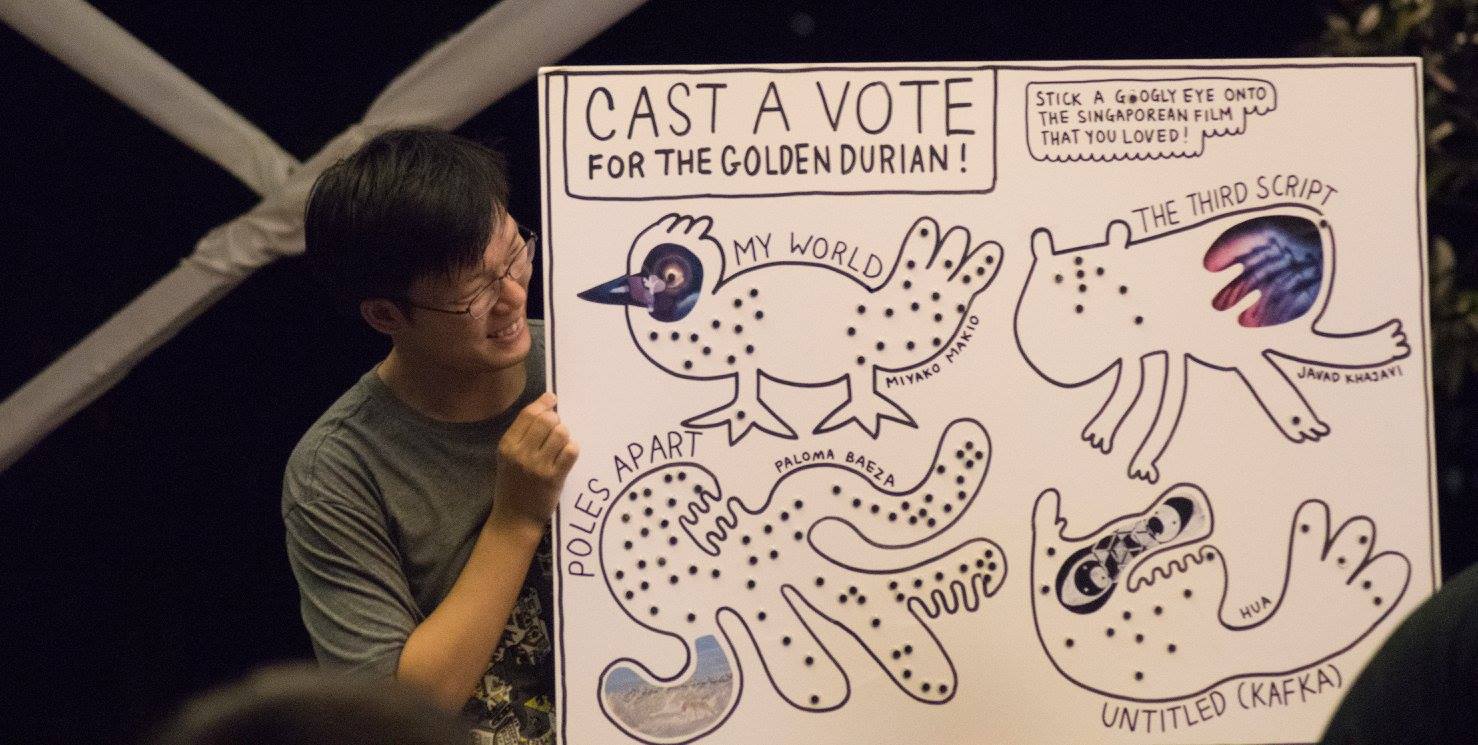 The two films which were selected were Child for Best Director and Merlot for Best Film.

CU’s founders – Vicky Chen and Patrick Smith were inspired to create and organise the concept of the festival based on New York whereby it was common for animation festivals to be held in casual settings such as bars.

Located outside Kult Kafe at Emily Road, the festival was made for people to enjoy themselves, lounge and appreciate animated films. This was also a way for the audience to mingle and find out more about animation in general. 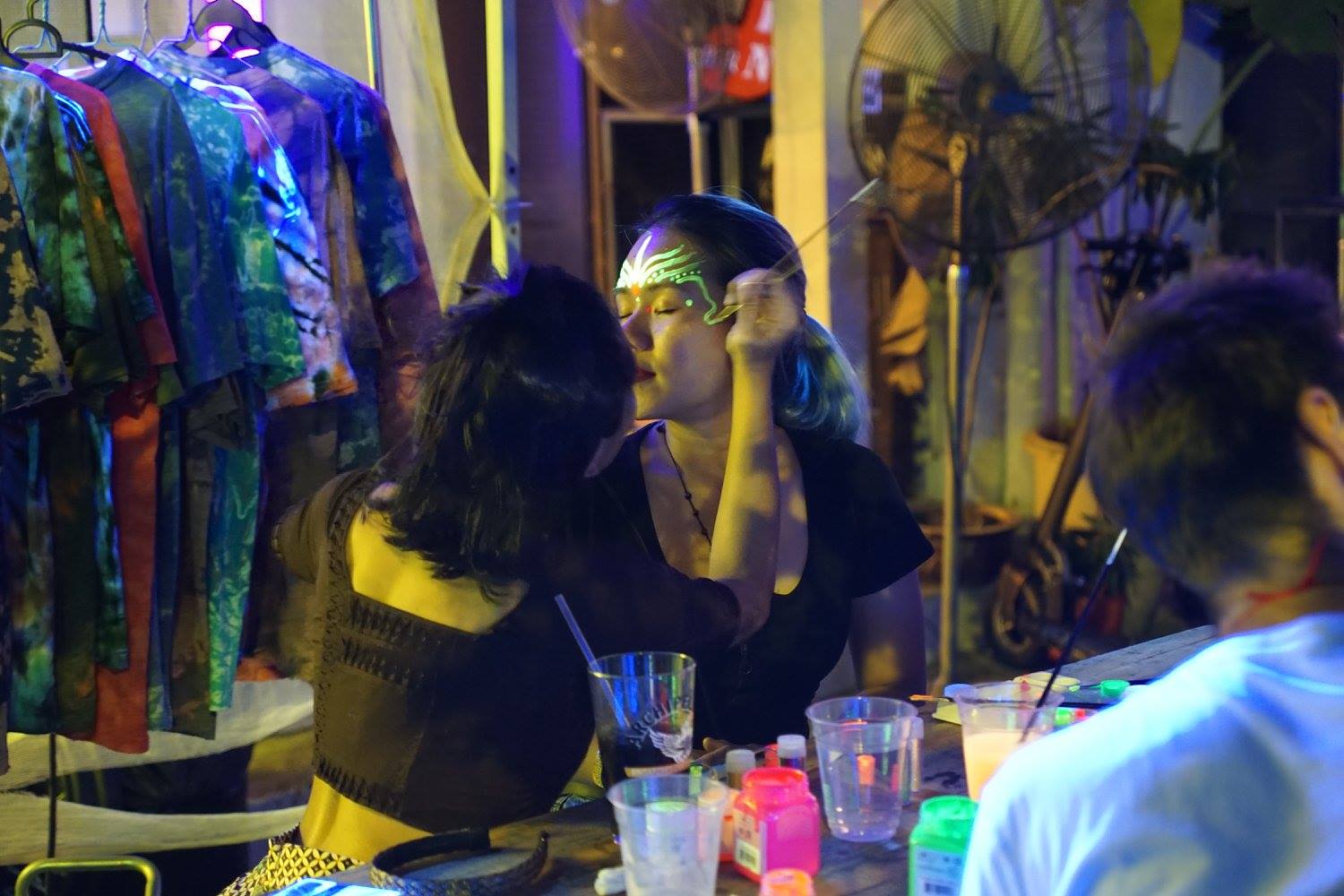 There was a wide range of food available, such as popcorn, falafels, chocolates and tidbits. We were chuffed to see the audience enjoying themselves with a cup of alcoholic beverage from Kult Kafe with snacks. During the screening, the audience was intently entranced by the films and were extremely eager to vote for their favourite films using the googly eyes provided. While waiting for the results, they could also try the UV face painting booth or get their portraits done!

This is definitely a go-to event whether you’re an artist, art enthusiast or just someone looking to have a relaxing night out with friends. You can not only indulge in the variety of food and drinks provided but also, take time off to look at films hand picked by creative individuals for casual discussions amongst yourselves. Events like these are especially crucial in places like Singapore as it helps promote our local art scene and serves as a platform for people of similar passions and interests to connect.

Do head down to Kult Kafe on 27th October at 6pm to experience this and more!