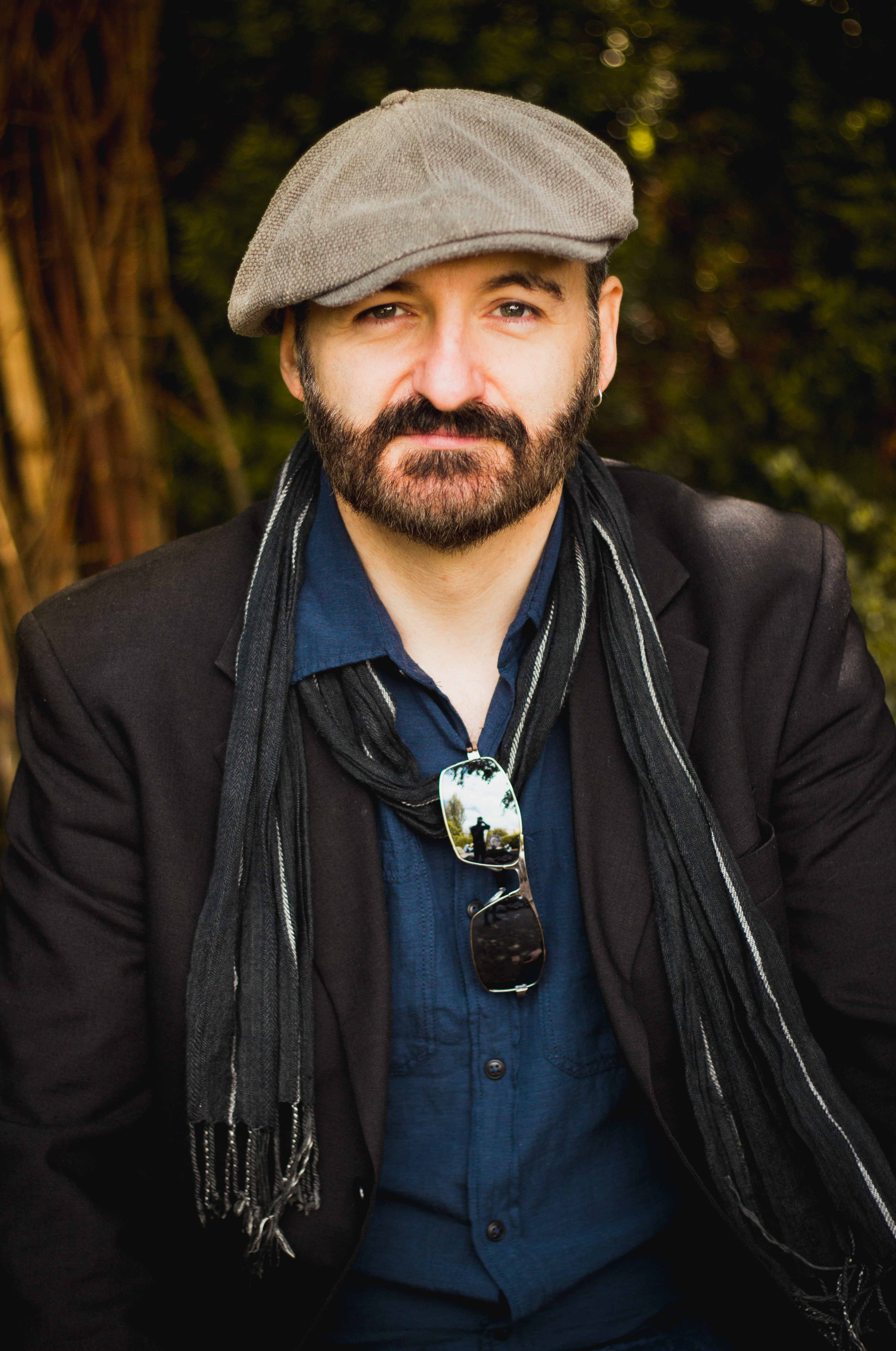 Michael Bates is a seasoned actor and voiceover artist from Dublin, Ireland, with a wide range of experience on stage and screen spanning over twenty-five years. His TV and Film credits include All Is By My Side (Darko Entertainment), Primeval (ITV), The Tudors(Showtime), Aristocrats and Roy (BBC), Mystic Knights (Saban), and Fair City (RTE) among many others. Theatre work includes Close to the Sun and Bug with Corps Ensemble, Dave at Large and In Search of Mr B with Directions Out, two critically acclaimed solo shows Down By The River and Kenna’s Fort, with everything from Shakespeare to musicals in between.

Some highlights included:The Escapist (2002), a movie starring Johnny Lee Miller, about a man whose wife is murdered in front of him who then pursues the murderer into prison to kill him, where Michael played one of the murderer’s henchmen named Spaz; a play called Orphans, by Lyle Kessler, the story of two orphans that form a reluctant bond with a gangster they take hostage, where he played the role of said gangster, Harold, and Bug, by Tracy Letts, a play which follows a woman who befriends a man claiming to be on the run from the government, where he played Dr Sweet.

What do you enjoy most about the process of creation?

“I enjoy collaborating with smart, creative and like-minded people who can push each other to do their best work as well as the feeling of surprise and revelation you experience in that process. An example for instance, recently I was workshopping a play called The Great Hunger in the Civic Theatre with The Corps Ensemble. We only had a week to prepare the thing, well five days, and present it at the end of the week to a public audience. And it was a very physical piece with minimal dialogue. It was so challenging to create a performance in such a short amount of time but very exciting and fulfilling to present a piece we had worked on to a live audience. Ultimately you just have to trust in the process and hope that what you’ve put together connects with the audience and when that happens, as it did this time, it’s magical.” 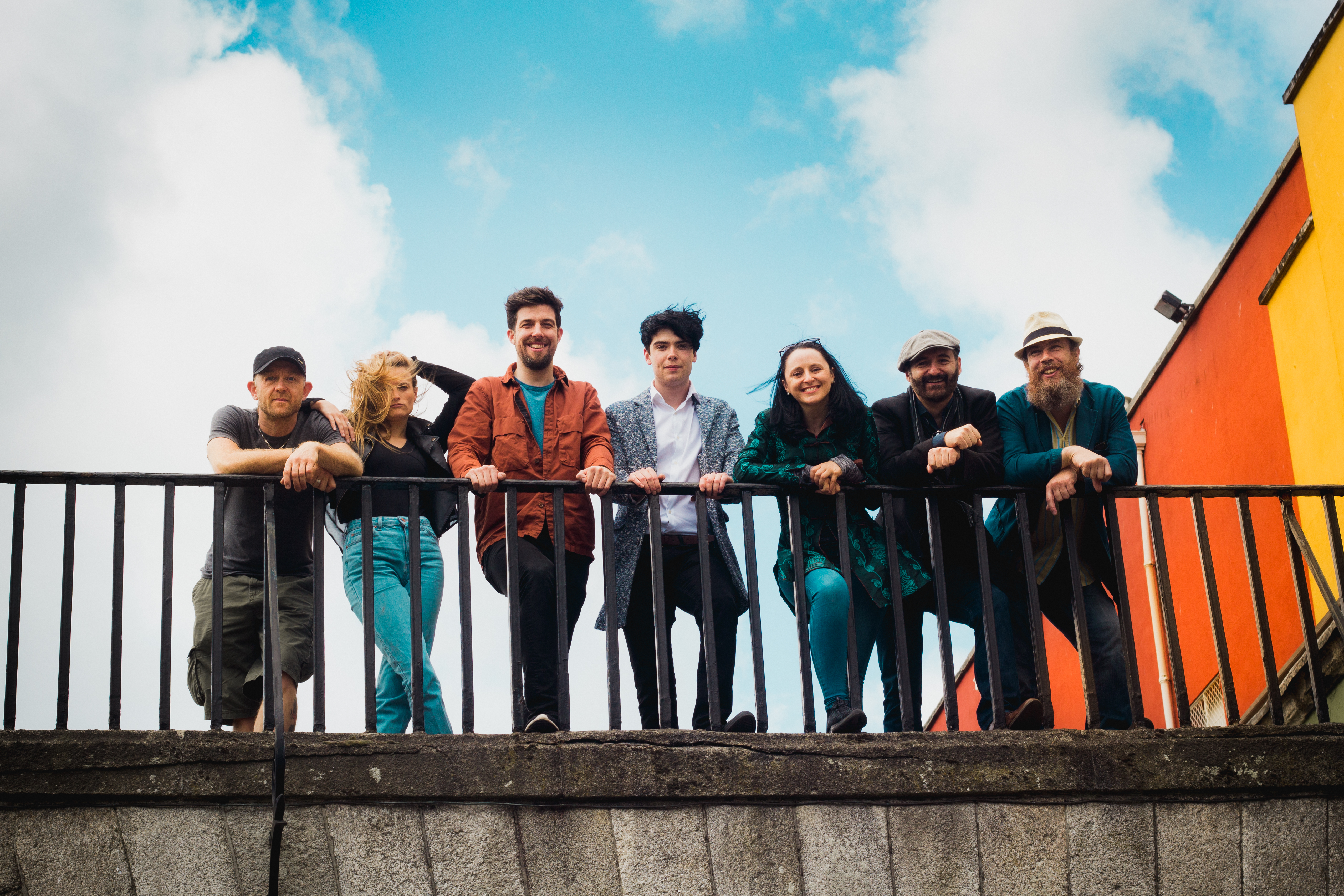 Michael (second last on the right) with the Corps Ensemble team

What inspired you to start creating?

“My dad was in the entertainment industry (performing songs and doing stand up) and I was coming into my teenage years just after the Punk and New Wave era. Myself and my friends were swept up by the new Romantic Movement and felt like it was only natural to start writing our own songs and playing our own music. Watching classic 70s American movies as a kid is what inspired me to want to get into acting and having been a musician and singer, acting seemed like a natural next step.”

What sparks your creative juices?

“Good poetry, short stories, music, meditation, getting out in nature and new experiences. Great poetry by the likes of Shelley, Whitman, William Blake W. B. Yeats. Short stories by Raymond Carver have a subtlety and complexity to them that gets under the skin. On the surface so little seems to happen and yet there’s always something very quietly revealed, something seismic. I’ve always liked really good song writers like Elliot Smith as well as Tom Waits and Bjork is an astonishing artist and PJ Harvey is just as brilliant and I love listening to classical or choral music sometimes. Choral, I think, seems to be able to tap into your subconscious, and that’s what you need. It allows you to bypass the rational brain. And that’s where you want to be. Sometimes playing around on my guitar is a great way to access that space as well. And other times I might go for walks, if there’s an art exhibition going on I’ll check it out, give a new activity a try and sometimes simply walking away from the work helps. Temporarily, of course. Often times if you’re too focused on output it can be detrimental because you can only plum the depths so much before they dry up. Sometimes we neglect to look for the inspiration as well, which you need to connect the dots and help put things together in a way that’s new and refreshing.”

Poster for the play Orphans

How does your mood affect your craft?

“Hmm, that’s a difficult one. It generally doesn’t. I mean everything we do has an impact on everything else I suppose, but I just dive into the work and use what comes up in the moment.”

Of all the plays you’ve done which is your favourite?

“Oooooh that’s a tough one! I… I did a brilliant play years ago that I loved called Are You Lonesome Tonight by Alan Bleasdale about Elvis on the night of his death as he reminisces. There were two actors playing Elvis, myself as the older him and another playing his younger self. And we had live songs. It wasn’t a musical in the conventional sense. He’d be reminiscing then during the flashback there’d be an Elvis song with a live rock and roll band. And most recently McKenna’s Fort, written by Arnold Thomas Fanning and directed by Paul Kennedy, a one-man show about Roger Casement, a famous humanitarian and a leader of the 1916 rebellion. I was standing on stage with this great set, beautiful lighting and sound design that made everything really special. And it was just me on stage telling the story of the day he was arrested which eventually lead to his execution a few short months later. We wanted to do him justice and show him as a fully developed, complex human being. With the good sides and the darker sides of who he was as a man. We didn’t want to paint him a just this heroic character, because he was so much more than that. That experience was special on so many levels: I got to work with two of my closest friends, both artists I greatly admire; It won an award; we performed it for the President of Ireland, Michael D Higgins. It was definitely a high point.”

What are you working on at the moment? Anything in the pipeline?

“Yeah, I’m working on developing new projects with the company I’m a member of called The Corps Ensemble. It’s a group of actors who came together to create engaging and dynamic work that’s actor lead and we’re currently working on developing projects in partnership with the Civic Theatre in Tallaght (Dublin). We’re looking at plays by Tom MacIntyre and Emma Donoghue with a view to putting something production in late 2018, early 2019.”