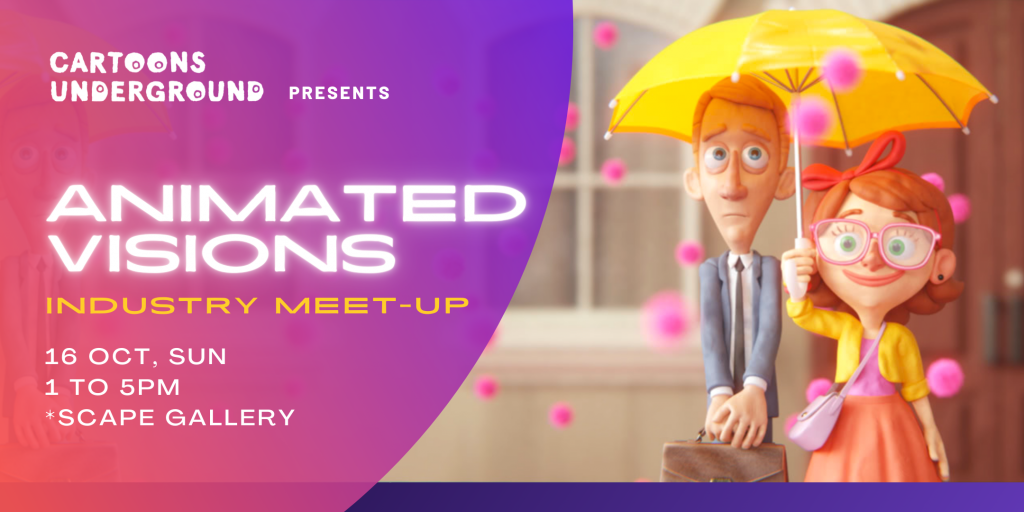 A double-bill of two thrilling animation panels in one afternoon!

Join us in person for the exclusive opportunity to hear from animation showrunners such as Jacinth Tan (Creator, Sharkdog)and Sacha Goedegebure (Showrunner, Omens Studios) at our Meet The Showrunners panel! Groundbreaking creators including Clement Chia (Creator/Co-founder, Imaginary Ones) and Ben Kee (Founder, Anomalyst) will share their insights on what it takes to break new ground at our The Next Frontier in Animation panel.

This event is held in-person, and free and open to members of the public. Light refreshments will be provided.

As only limited seats are available, registration will be on a first-come-first served basis.

What does it take to bring a film or tv series from start to finish? We speak with animation showrunners and creators who will pull back the curtain on what it takes to bring their projects to reality, and insights on the stories they choose to tell. This panel includes a 30-min screening of selected works. 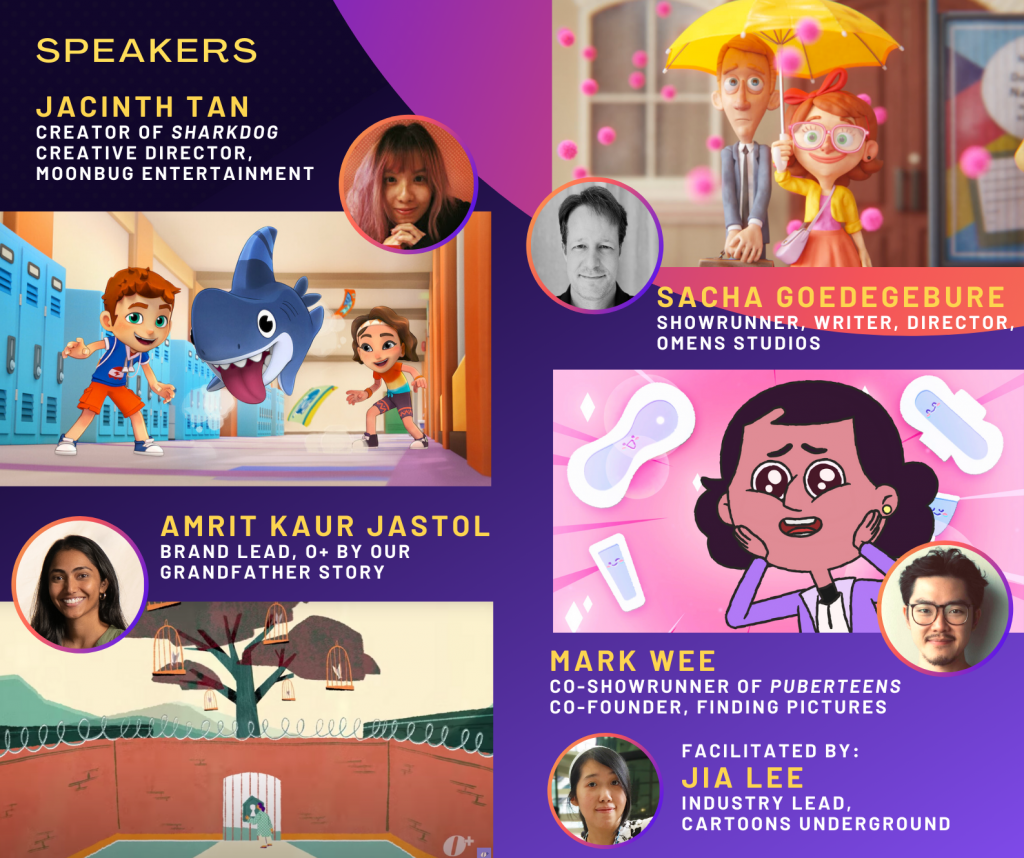 the next frontier in animation

Animation meets… technology, robotics, virtual production and more! We speak with creators living on the cutting-edge of animation who will share their original and new works, and discuss what it takes to create ground-breaking work. 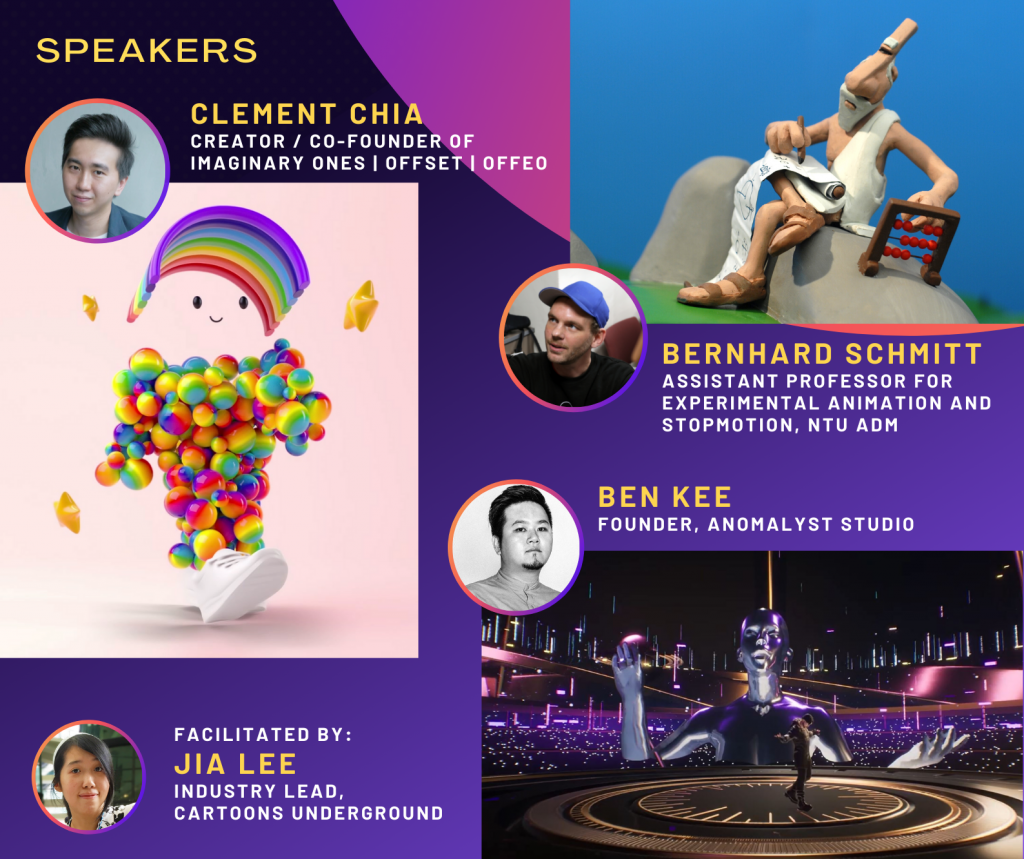 As part of Cartoons Underground industry-focused arm Animated Visions, we invite distinguished overseas and local filmmakers to share about their artistic journey, career experiences and advice to aspiring animation filmmakers and artists! In the past, we have had the pleasure of inviting esteemed filmmakers such as Oscar-nominated animation filmmaker Siqi Song and award-winning animation director and head programmer of GLAS Animation Festival Sean Buckelew to share and inspire! And for the first time, we will be opening these Masterclasses for the public to sign-up for free!

This year, we are proud to welcome two luminaries in their field - Emily Dean (Director of Netflix's critically-acclaimed LOVE, DEATH + ROBOTS Volume 3: The Very Pulse of the Machine, and Story Artist on films such as The Lego Batman Movie, The Lego Movie 2 and Sony Pictures's Oscar Award-winning short Hairlove) as well as Singaporean Samantha Lee (Director at Disney TV Animation, with a long list of past experiences working at studios Netflix, Warner, Dreamworks and local studio One Animation). They will be sharing their experiences in the industry as well as give us a rare peek into the behind-the-scenes creative decisions in the course of their work! 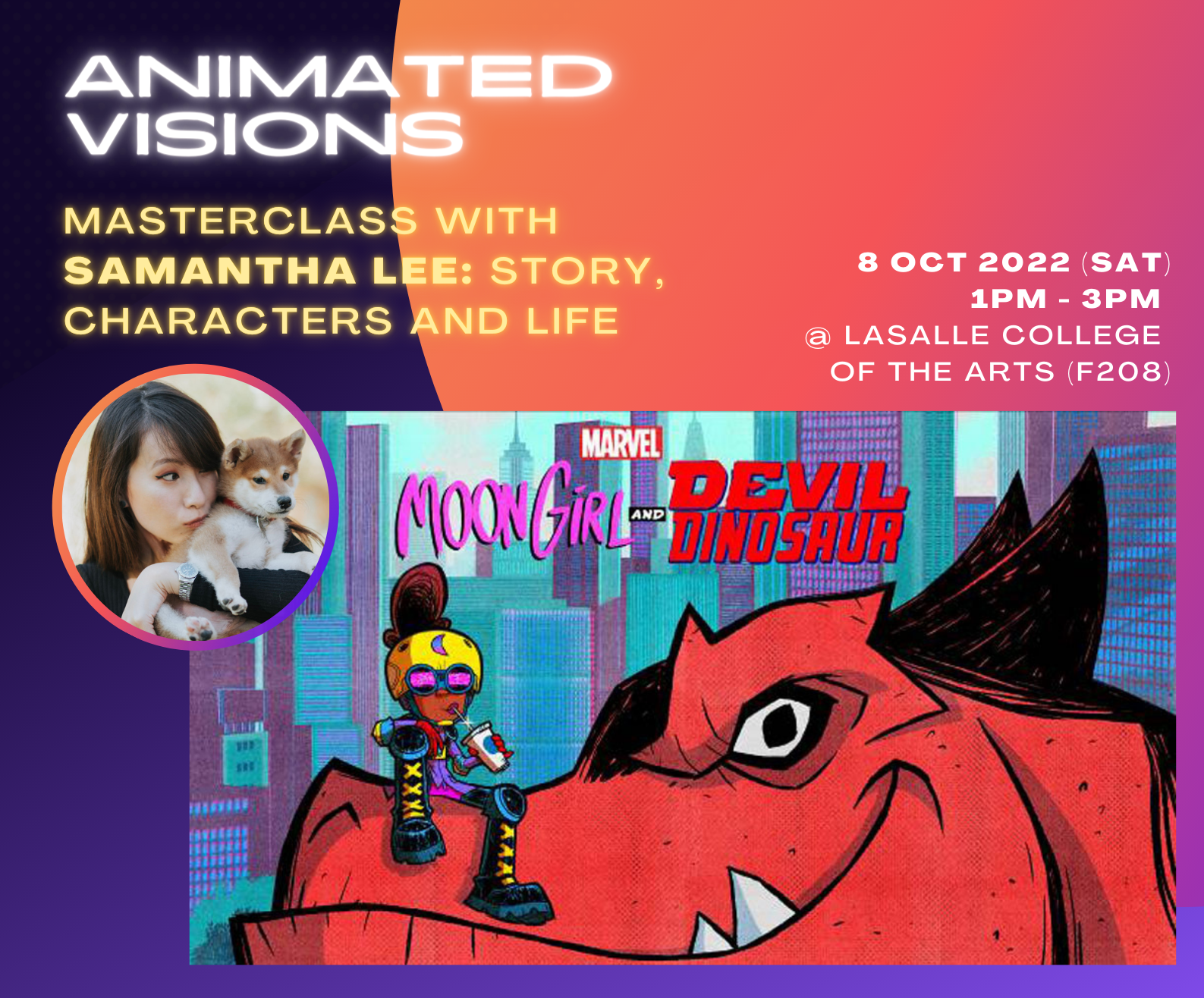 She was also a story artist on Netflix's "Centaurworld", Warner Animation Group's feature film "DC League of Superpets", and Dreamwork's series "Cleopatra in Space". She was involved in a 2D animated interactive special project series by Netflix called "We Lost Our Human" (premiering 2023), and worked on the pilot episode for Netflix's "Oddballs" (premiering end 2022).

Before moving to Los Angeles, Samantha worked in local animation studio One Animation, where she was the lead story artist on 4 seasons of the Emmy-nominated sketch comedy series "The Oddbods Show". During her time at One Animation, she also had the opportunity to direct a few episodes, and be story showrunner for a season of the show. 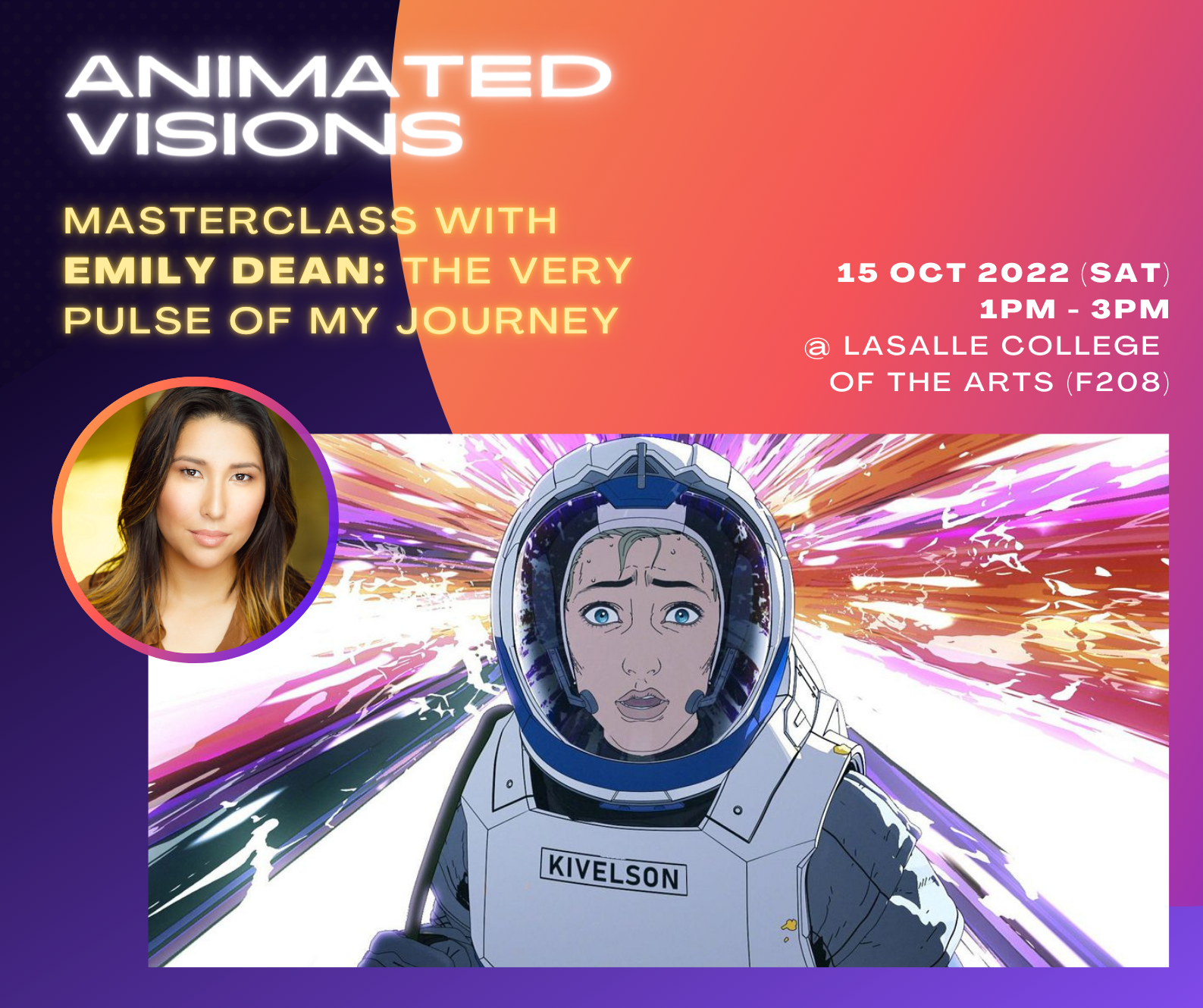 Watch the film on Netflix here!

Emily Dean is an Asian-Australian writer, director, and artist living in LA.

Emily has worked as a Story Artist and Visual Consultant for Warner Bros and Animal Logic on films such as THE LEGO BATMAN MOVIE (2017), THE LEGO MOVIE 2 (2019); Lionsgate’s sci fi thriller HOTEL ARTEMIS (2019) starring Jodie Foster; and on Sony Picture Animation’s Oscar Award winning HAIRLOVE (2019) from creator/director Matthew A. Cherry. In 2019 Emily was awarded Variety Magazine’s ‘Top 10 Animators To Watch’, and in 2021 Emily was named one of Piaget’s ‘Extraordinary Women’.

Emily recently directed THE VERY PULSE OF THE MACHINE, writted by Philip Gelatt and based on the Hugo award winning short story by Michael Swanwick for Volume 3 of the Emmy-award winning Netflix R-rated animated series LOVE, DEATH + ROBOTS. Emily currently writes, directs and executive produces content for film and television under her production banner, Grade 8 Productions.

Now in its 3rd edition, the Animated Visions: Story Development Lab is aimed at supporting strong animated projects with potential and help participants to develop their initial ideas into a fully realized pitch. Working under the mentorship of award-wining filmmakers Jerrold Chong and the Zhuang Brothers, the participants will have the opportunity to receive one-to-one feedback from the lab mentors on how to strengthen their ideas and learn more about producing your next animated hit!

At the end of the lab, participants will get a chance to pitch their projects in front of a panel of judges, who will award the Best Pitch award to the team with the most successful and well-developed Pitch.

Animated Visions: Story Development Lab first began in 2020 and since then, the selected projects has gone on to find success of their own! In the first edition, Olivia Griselda’s project She and Her Good Vibrations was the project pitch winner, and later was successfully funded by the IMDA Short Film Grant and is currently completing production of her film. Novella Lian’s Tankboy also went on to be screened at numerous animation film festivals, including Stuttgart International Festival of Animated Film (ITFS), and our very own Cartoons Underground 2021. In 2021’s edition, Grace Ng’s Wingboy project was selected for the Philippines Full Circles Fiction Lab.