A total of 16 works are selected from an incredible 1,681 entries submitted from 96 different countries. It is the highest number of submissions we have received in the history of the festival. It was a difficult task to choose the final selection of films as there were many works that were of high quality and told unique stories that evoke powerful emotions, tackle mature themes and challenge the animation medium.

In the International Selection, we have films like "My Father's Damn Camera!" and "The Pattern" that experiment with the cinematic form in fresh, inventive ways, and films such as "The House of Loss" and "Girl in the Water" that dig deep in an exploration of the human psyche.

In addition, 7 student films from LASALLE College of the Arts and Nanyang Technological University (NTU), will compete for the Best Singapore Student Animation award. This year's batch of Singapore student animations demonstrate a maturing vision from our young filmmakers in tackling challenging themes such as sex education ("To Kill the Birds and Bees") and mental health ("Letting Go"). There is also a greater range of visual styles and storytelling approaches that showcase a breadth of diversity in our filmmakers and their works.

OUT OF THIS WORLD 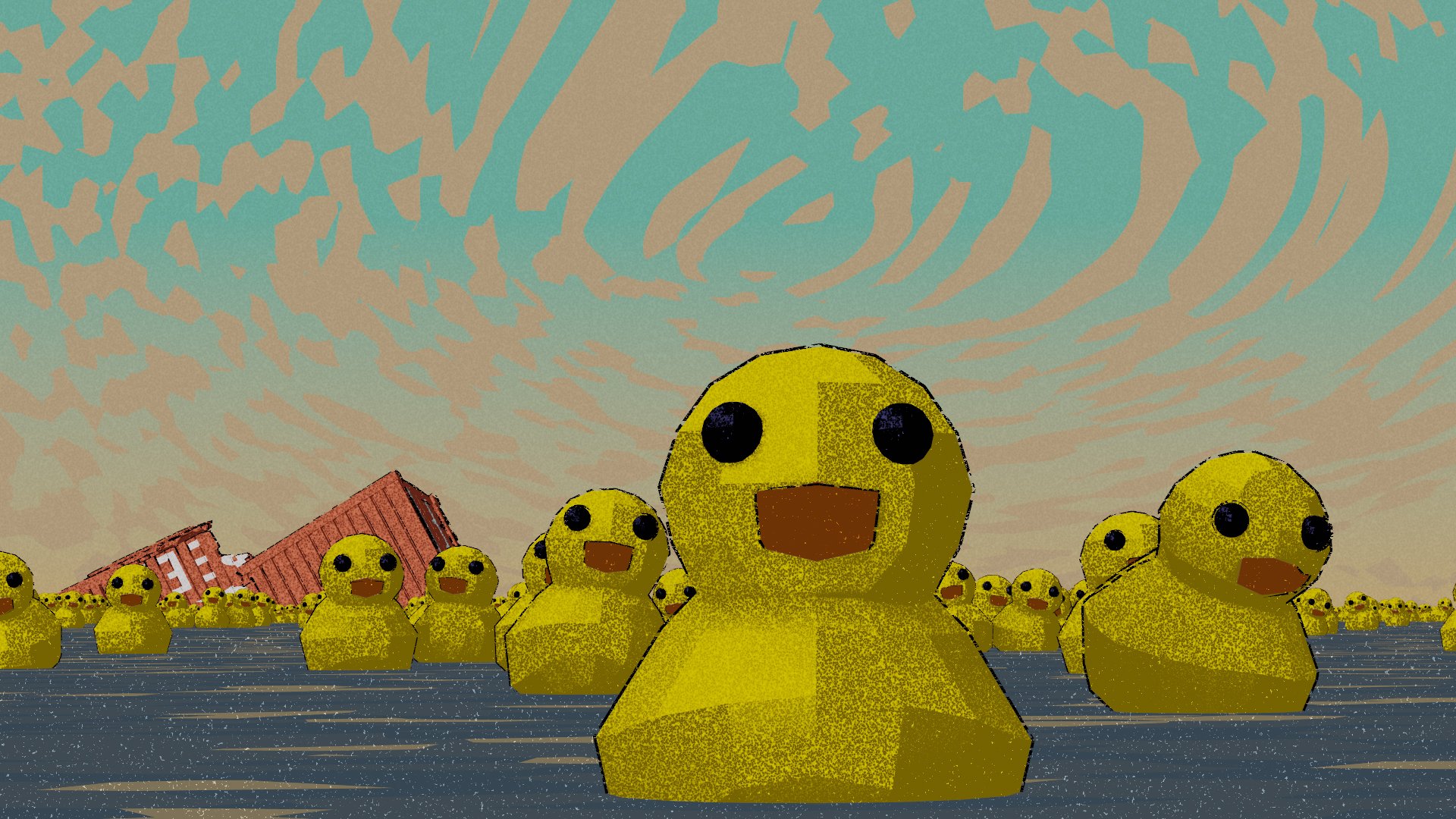 A penguin drifting through the polluted waters of a flooded Earth must see if he has what it takes to survive the new ways of the world.

Jaden Heller is an animator and visual effects artist from Seattle, Washington. His degree is in VFX & animation from Dodge College at Chapman University, where he completed his student thesis film, “FLOAT”. Most of his films are CG, but he tends to stray from photorealism and instead aims to develop abstract render styles that create new realities of their own.

Girl in the Water

Contemplation of torn walls and scars reminds the heroine of the ups and downs of love. The film depicts femininity and female internal time-consciousness through the convalescence of a woman's broken heart.

Shi-Rou is a freelance animator and illustrator. Specializing in cel-animation, she often finds herself deep-diving into female consciousness. Beneath the gentle and cloud-like colors of her work lies the poetic and visceral storytelling that defines this young and talented soul. 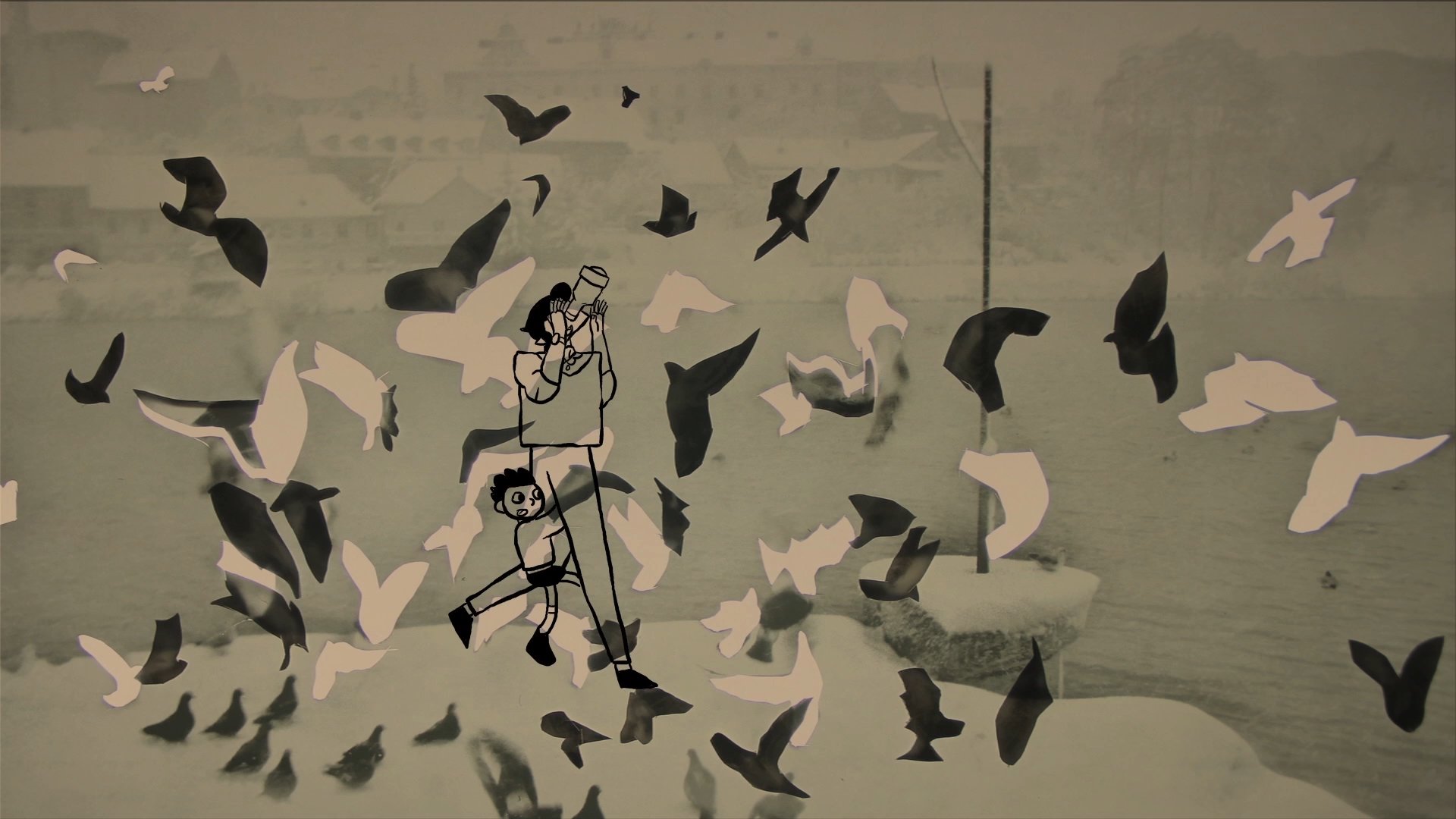 A reckless boy, in an almost desperate and therefore troublesome way, is persistently seeking his father's attention - a photographer.

Milos Tomic (1976) graduated in Film Directing from the Academy of Arts in Belgrade in 2001. He holds an MA in Animation from FAMU (Prague), class of Petar Skala. There, he also received a PhD with a thesis on discarded objects as material for film and photography. Since 2009, he has been living in Belgrade, where he teaches short video forms at the Singidunum University. In 2013, he represented Serbia at the Venice Biennale. He has filmed over 60 short fiction, documentary, experimental and animated films, which screened at numerous festivals. 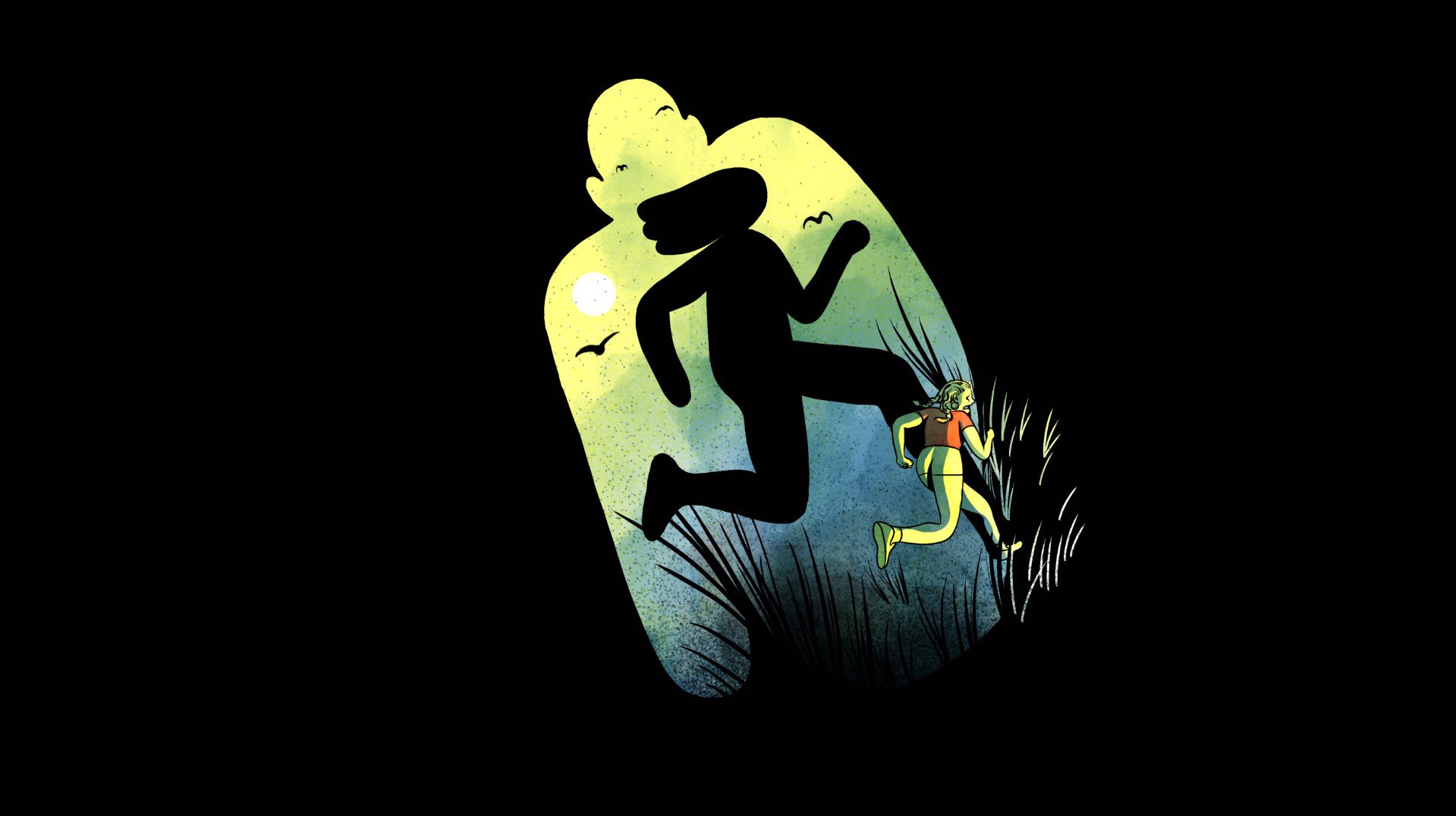 On a warm summer afternoon, a girl disappears in the small town of Oak Paso. Her desperate mother quickly asks the police for help when she realizes that her eldest son has not returned home that night either.

MANSON is an award winning directors team formed by Pau Lopez, Gerardo del Hierro and Tomás Peña. Together they have created a bunch of diverse content including commercials for big brands such as Instagram, Google, Coca-Cola, Nike, Adidas, Volkswagen, Gü, Seat and the list goes on and keeps growing. They have also directed numerous music videos for multiple artists like Miguel, Ibeyi, C.Tangana, El Guincho, Pional, Bad Gyal, Yall and multi-awarded pieces for the Spanish sensation Rosalía.

MARC TORICES is a comic book artist and animator. His comics have been published in editorials, magazines, and newspapers in diverse countries such as Spain, France, England, Mexico, Argentina, and Slovenia. He co-wrote and co-directed, together with Pau Anglada and Genís Rigol, the animated short "Knockstrike" for which he was awarded as the best animated short at the Torino festival and as the best soundtrack at Aguilar after being selected at international festivals such as Clermont- ferrand, Ottawa or Sundance.

"Patient's Mind" describes an endless samsara between the present and the "preset future" in the doomed failure of self-salvation.

Zhiheng Wang, born in Wenzhou, Zhejiang Province, China in 1999. He graduated from China Academy of art with a bachelor's degree in 2021 and is also a fan of experimental animation film. 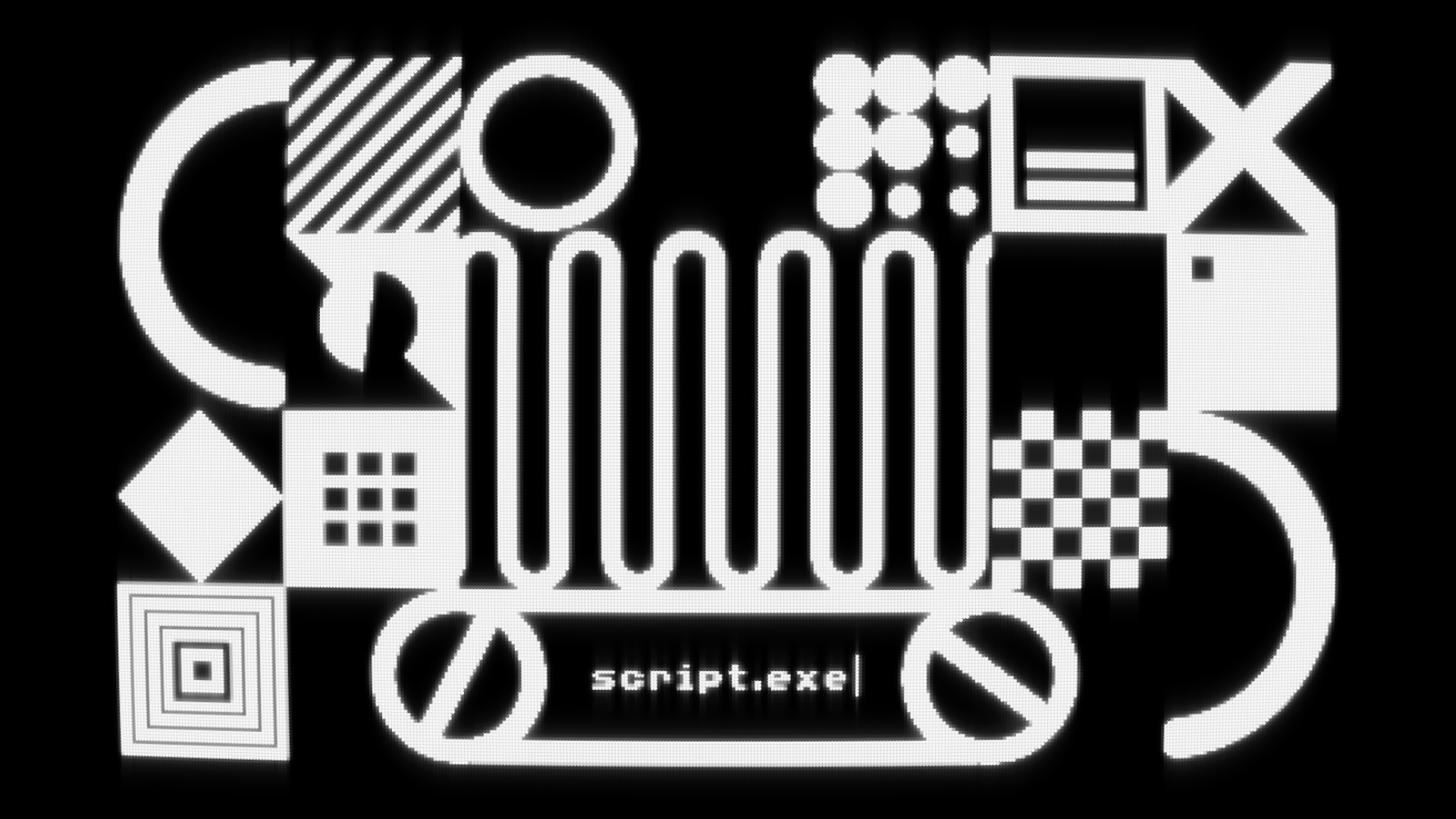 An animated poem about the abstract desire to exist and thrive.

Team Tumult is a Swiss creative collective founded in 2017, creating personal and commissioned animated films for international audiences and clients.

The House of Loss

The elderly at the nursing home have their heads shaved. The protagonist who works there sees them but can't read their expressions. However, from one instance, he finds himself looking closely at their faces. 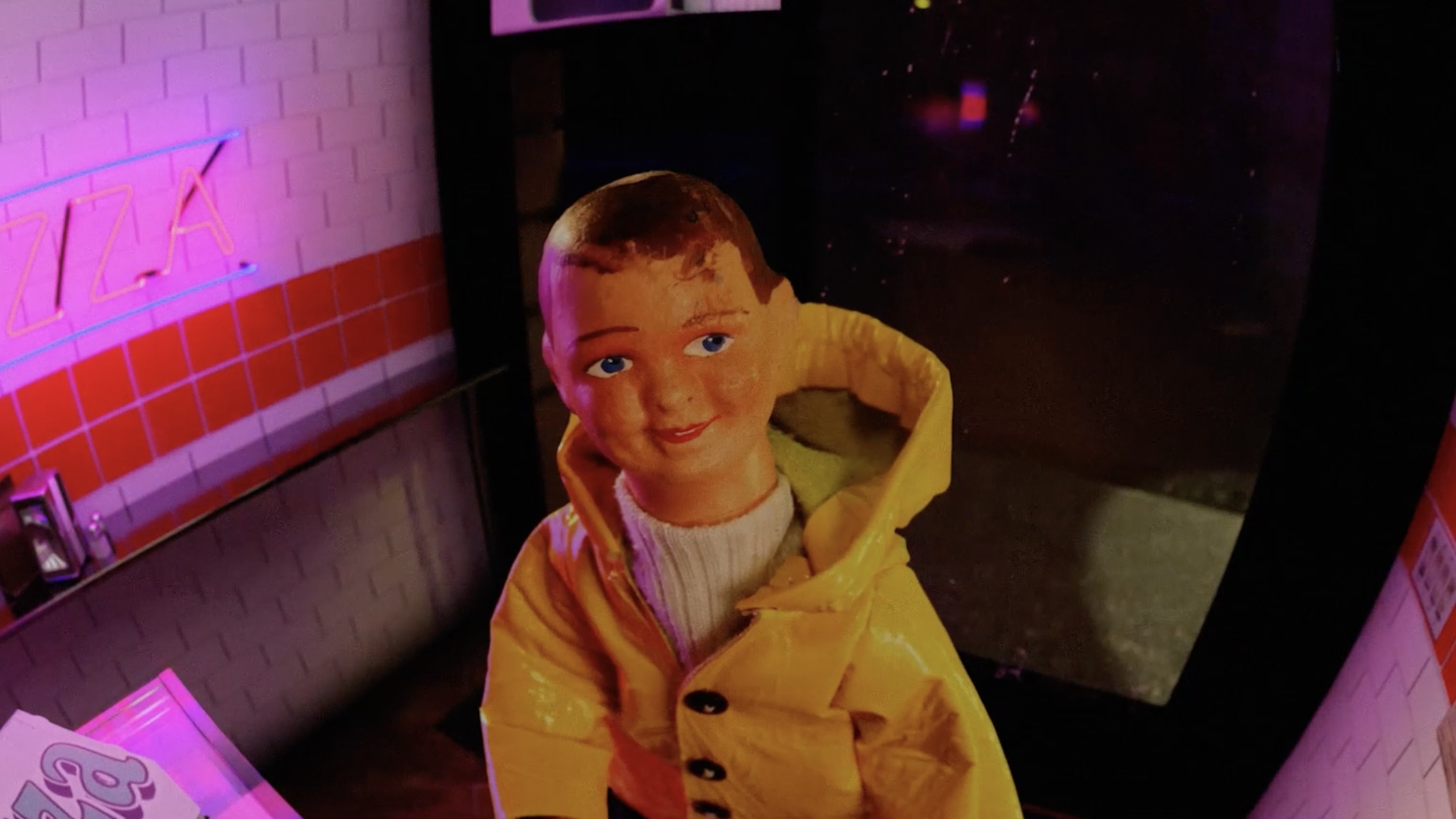 On a stormy New York City night, a man finds shelter in a small 99¢ pizza shop. However things begin to quickly unravel when he asks for a slice of pizza, and it's revealed that all is not as it seems.

Based in New York and Los Angeles, Lucas is an American director, animator and editor, trained at Rhode Island School of Design. His work spans the spectrum, from music videos and 2D and 3D digital animation, to motion graphics and traditional stop-motion. With clients from rap artist/producer, Pi’erre Bourne to designer brand, Mark Cross, his work ranges from directing music videos to designing advertising campaigns. The inherent chance for error and the unforeseen as a result of human touch is extremely important to him as a creator.

The lives of three protagonists living in vastly different realities intersect as they set their sights on a singular yellow flower perched on top of a hill. Whole they each need to harvest it in order to complete their goals, only one can claim it for themselves. Who will end up with it in their possession?

Péter was born in 1996, in Hungary. Péter had his first solo exhibition in 2014. Next year, he was admitted to the Animation BA programme at Moholy-Nagy University of Art and Design in Budapest. During his time there, he made several short films both in team and by himself, through these he could get a glimpse into the world of festivals. In 2021, he got my master’s degree in Animation. His short film titled “The Pattern” is his graduation short. Currently Péter is working as an animator and animation director. 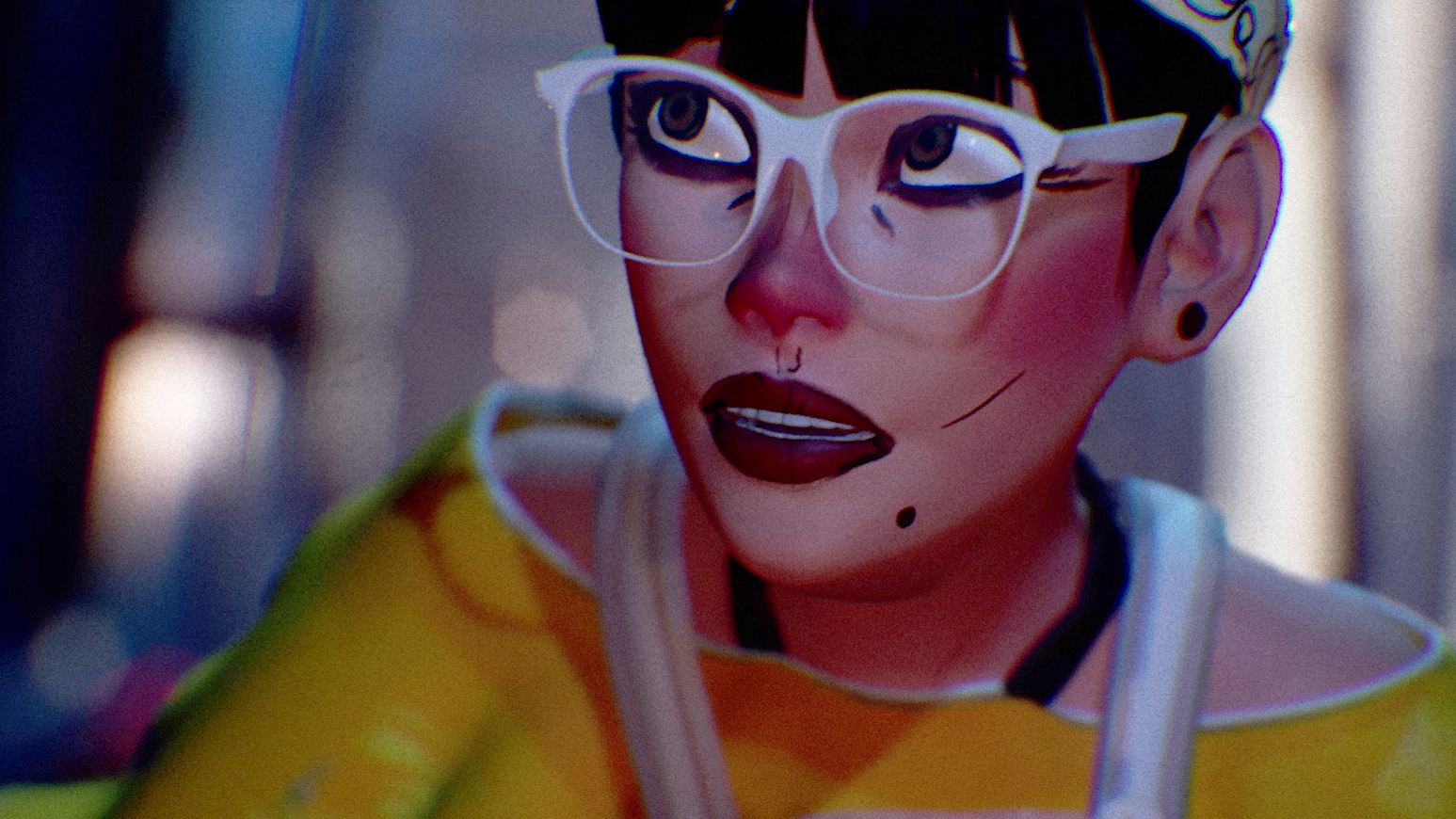 A lone Commuter trapped in a speeding train has to push against the force of the speed and escape before it crashes into the LAST STOP.

With a Diploma in Animation and 3D Arts, Bervyn is pursuing his Bachelors in Fine Arts in Singapore's Nanyang Technological University, School of Art, Design and Media. After spending a decade abroad in China, Bervyn has a new appreciation for Singapore's culture and the craving to make local themed shorts that appeal globally. His CG films have also made it into the finalist tiers for National Youth Film Awards (Singapore), Digicon6 Asia by TBSテレビ and @pwnisher_'s Alternate Realities Render Challenge. 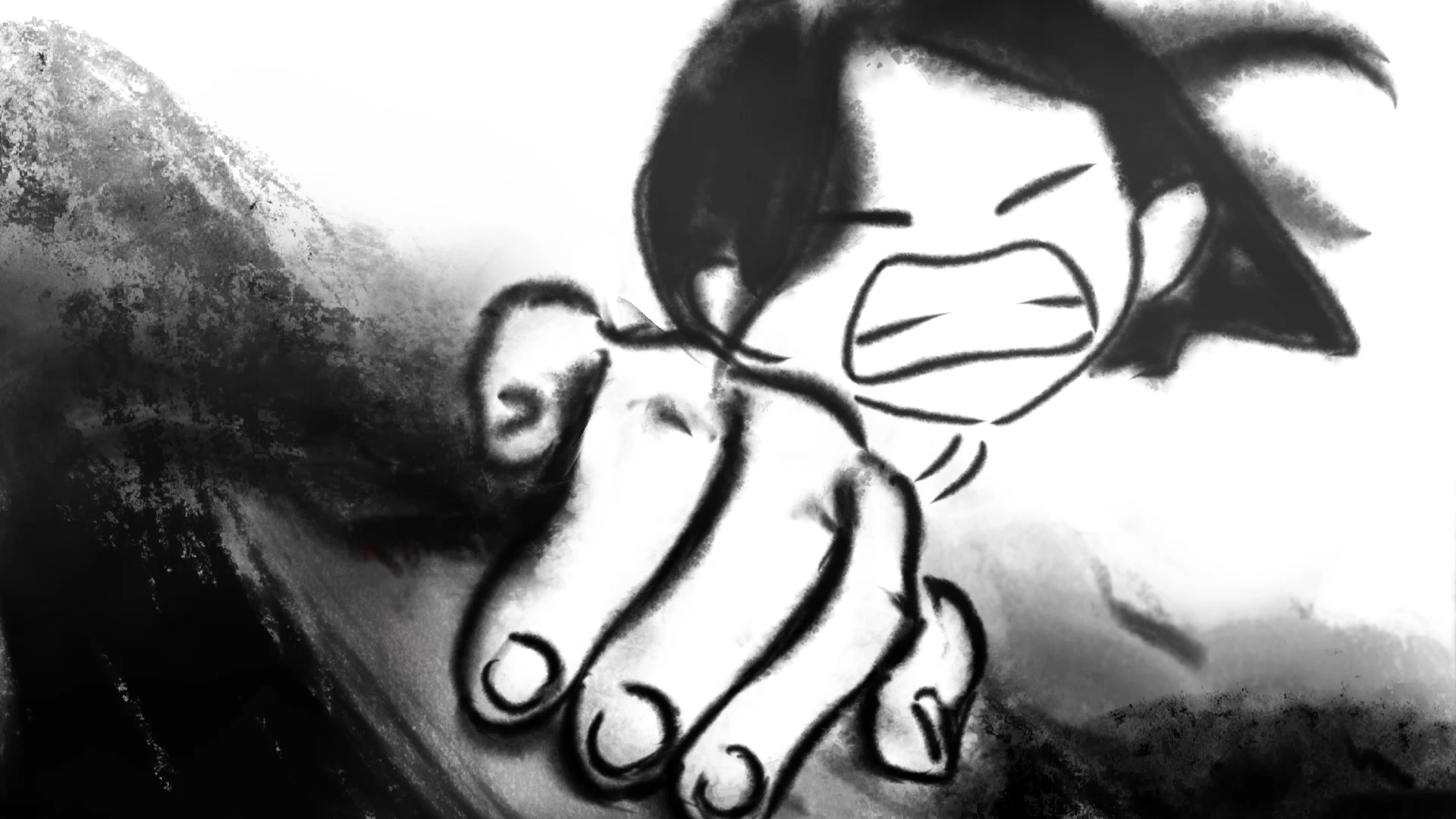 After multiple failures, a climber learns to take a step back, sense nature and climb with mindfulness.

Jing Hui is a visual artist that loves painting and animating things that inspire her. 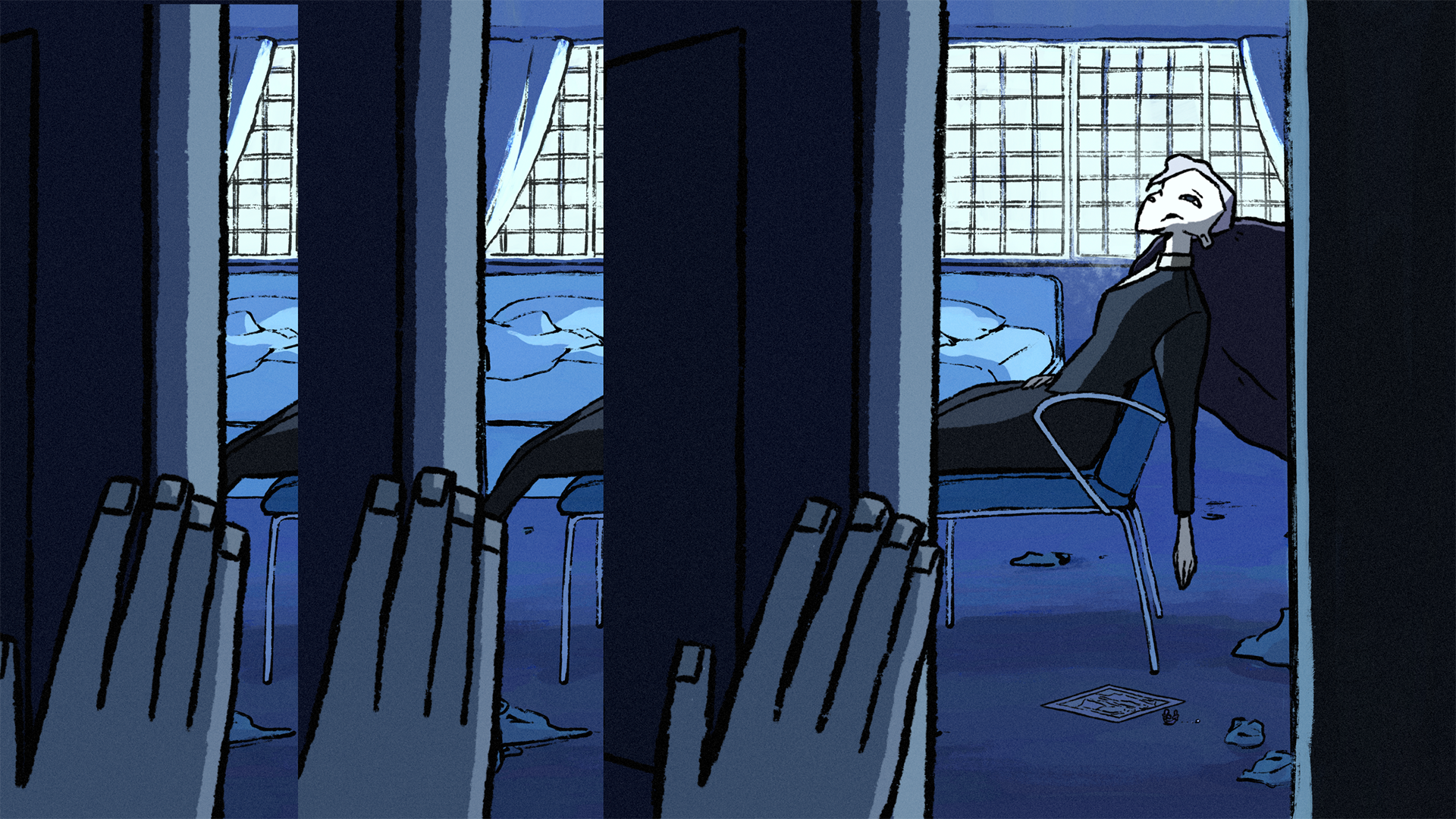 A teen struggles to get on with his life in school as reminders of the past trigger the memories of his late sister.

Rebecca Chng is an animator who is currently on a journey to find meaning in animating and story creation. Beside her love for cats, nature and the sea, she loves exploring and creating characters of varying complexities and bringing them to life. 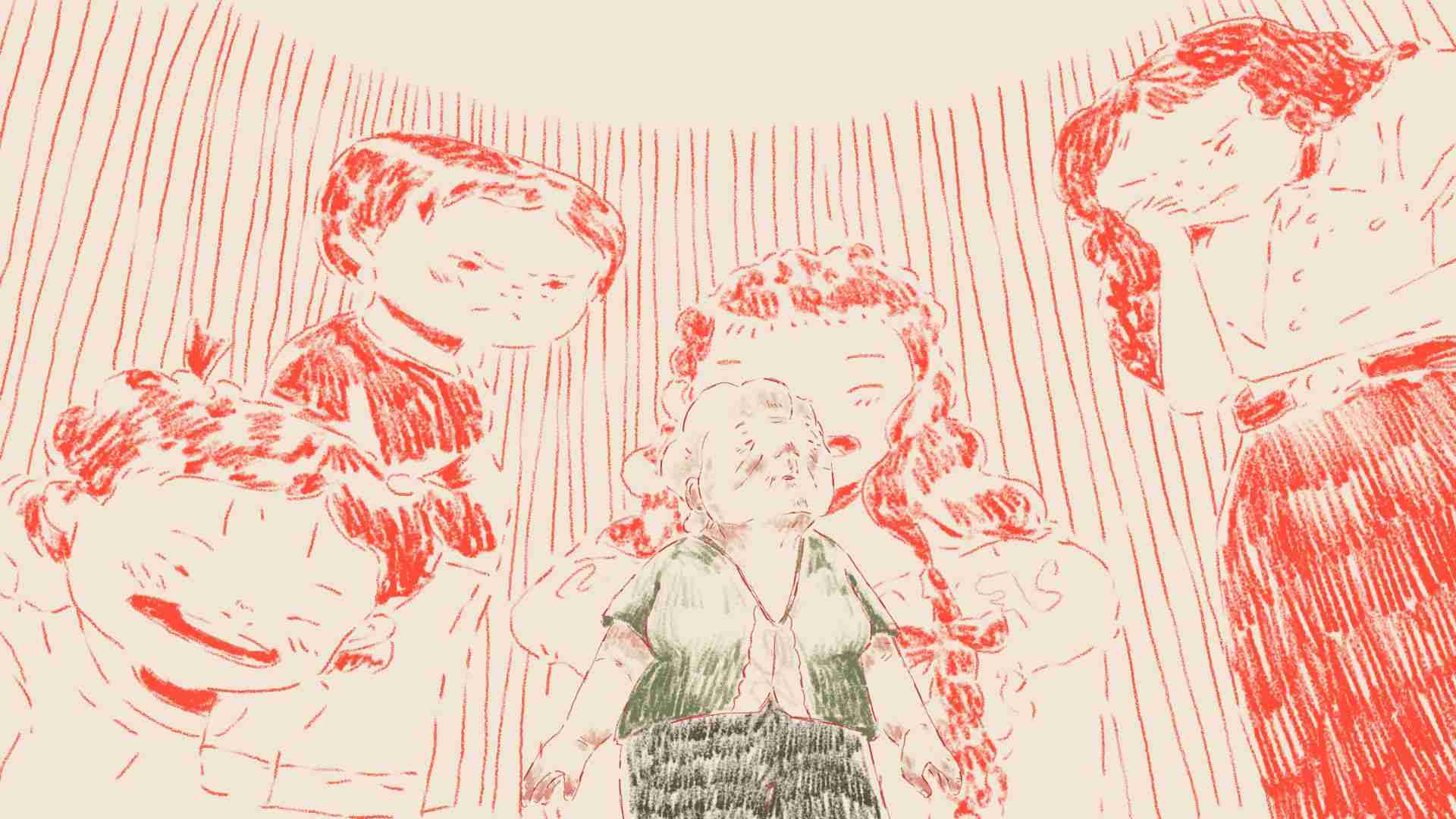 A grandma tries to recall the familiar stranger sitting next to her. With much difficulty and frustration, she weaves her hazy memories of the stranger together, only for her to forget them once again.

Chayanid Siripaiboolpong is an aspiring artist, director, and animator from Thailand. She is currently a BA(Hons) Animation Art student at LASALLE College of the Arts. She is interested in exploring topics of philosophy, emotions, and connections through her animated films.

Jessieca Junesha is an aspiring filmmaker and animator from Indonesia, currently residing in Singapore. Fascinated by moving pictures, she used animation as a medium to explore various themes, from cultures to philosophy. She is currently pursuing a BA (Hons) animation arts degree at LASALLE College of the Arts. 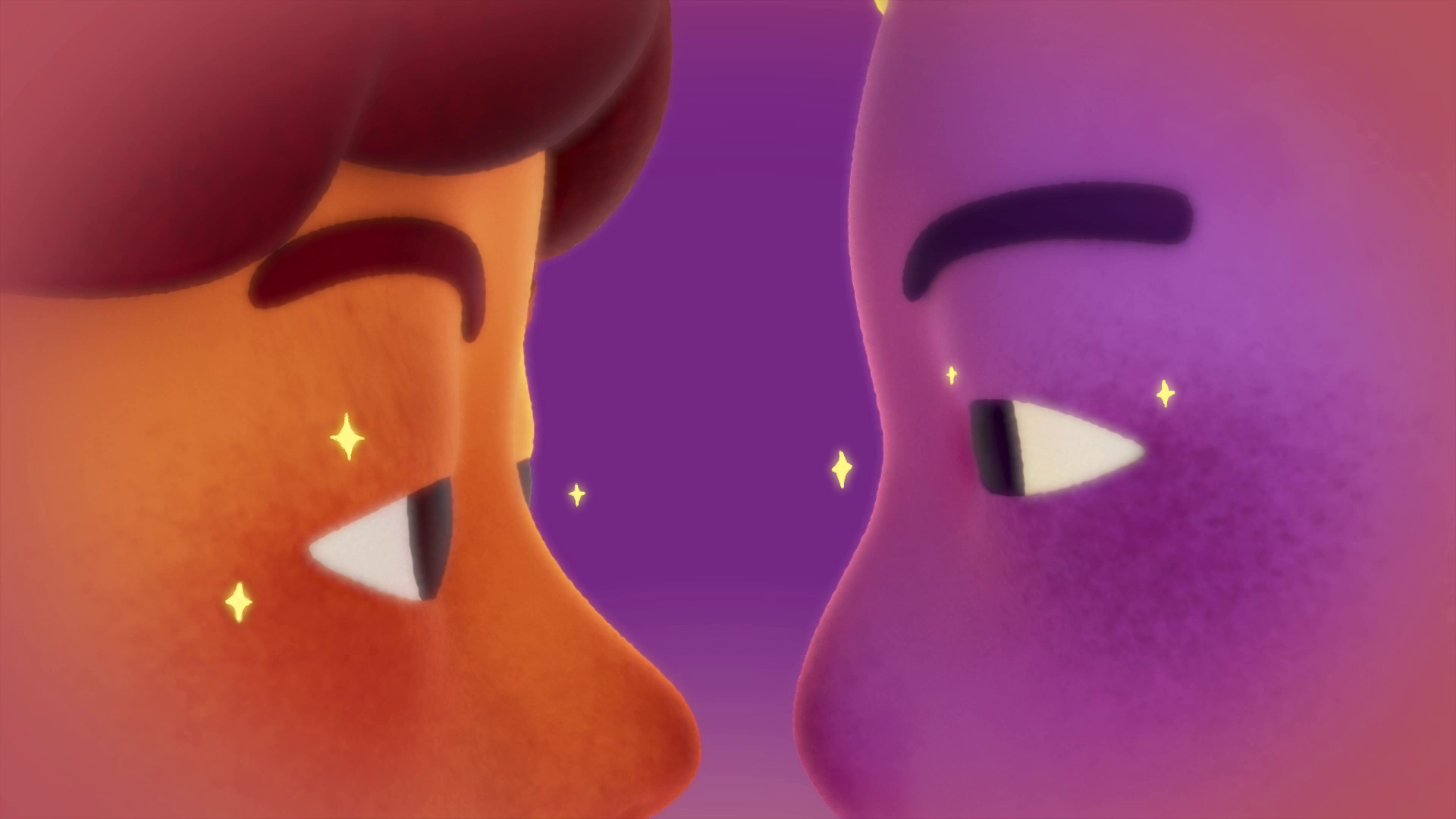 Two lovers get into a heated make out session but one of them accidentally swallows the other.

Annie Hung (she/they) is an illustrator and animator from Singapore. Currently studying at LASALLE College of The Arts for their animation degree. Working with 2D and 3D digital softwares to create funky visuals of humanoid cats. They enjoy lumpy things and finding joy in the mundane.

Having done Animation for 2 years in LASALLE College of the Arts. Poh Joanne specializes in 3D rigging and animation in order to push the limits of what conventional 3D animation can do. She enjoys dramatic anime special effects and fight scenes, which she hopes to recreate in 3D someday. 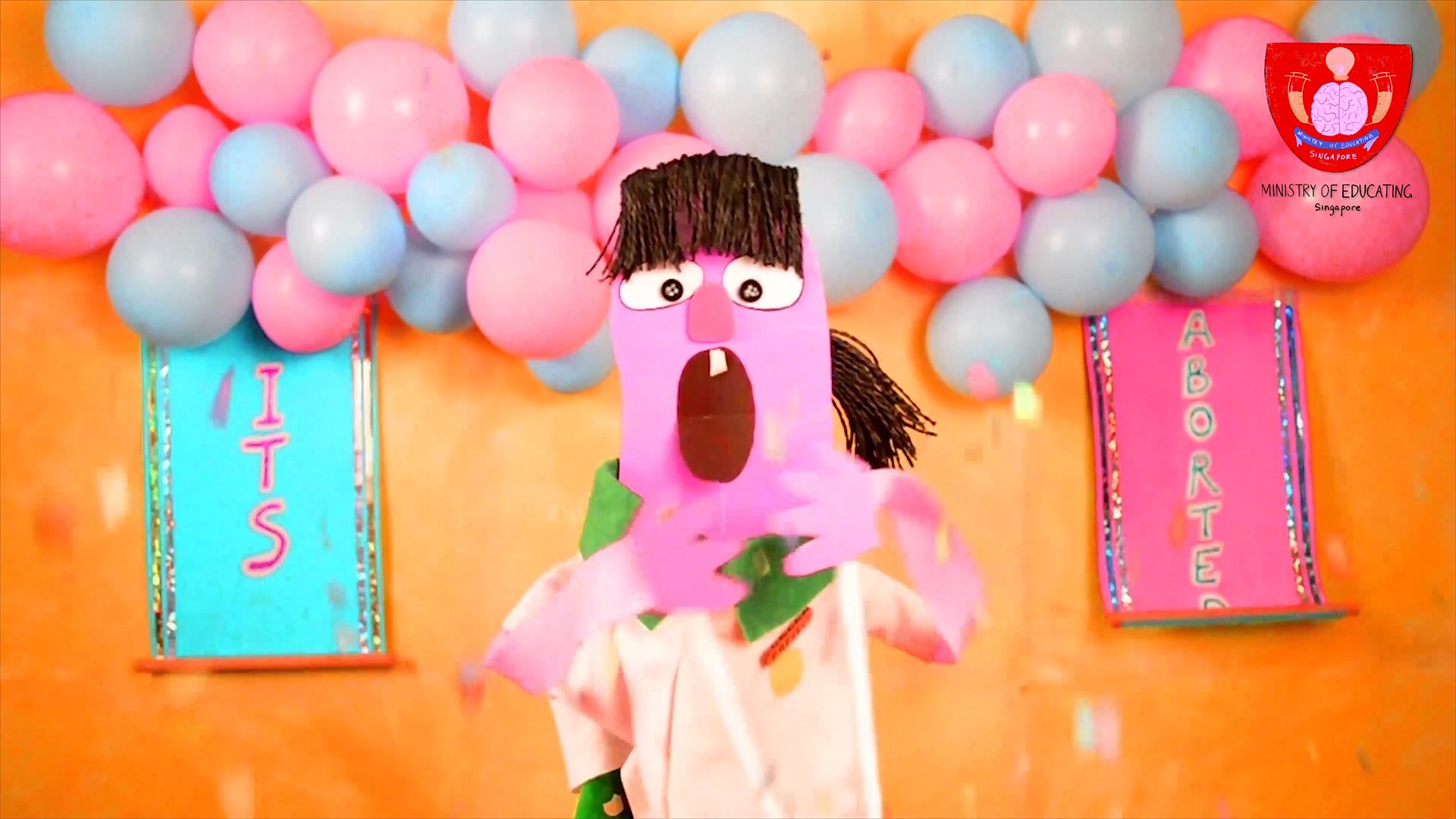 To Kill the Birds and Bees

A pair of young twins, a secondary school prefect and a conservative housewife each has a sex-related encounter during the course of a day.

Calleen Koh is a BAFTA-nominated animated film director and artist from Singapore. She gained recognition for her two award-winning animated short films (Sexy Sushi, 2020; To Kill the Birds & the Bees, 2021) done during her time at LASALLE College of the Arts. She is keen on exploring facets of societal problems through the lens of contemporary media and sex in her manic films. 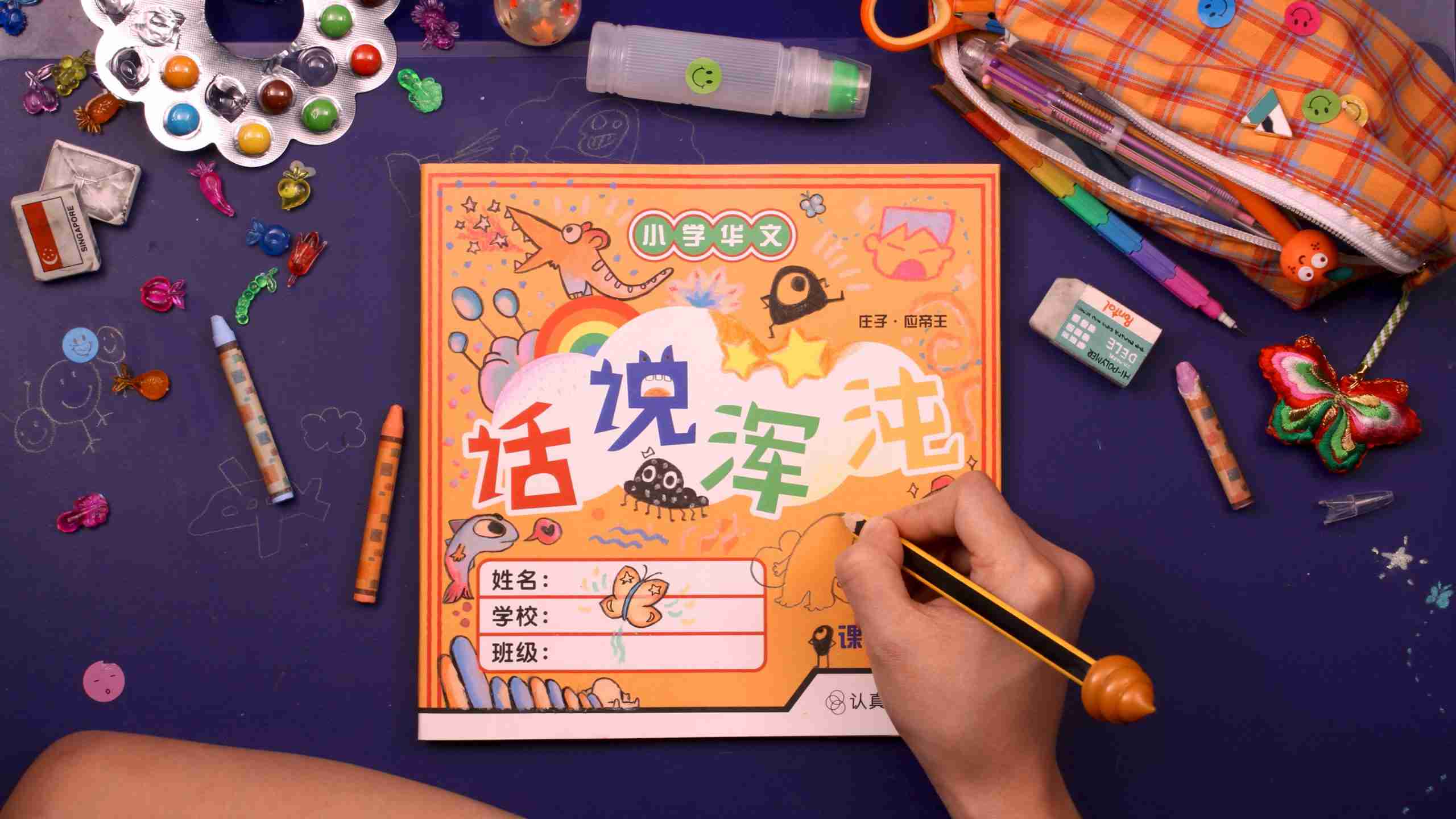 The Story of Chaos

A student is admonished for her imaginative and unorthodox rendition of the ancient Taoist parable of Chaos.

Yu Qing Quek is a stop-motion animator and illustrator based in Singapore. She received her BFA in Media Art from the School of Art, Design and Media, Nanyang Technological University. Yu Qing enjoys creating works that engage with and respond to a source material. She loves the medium of stop-motion for its materiality and imperfections.

Puiyee is an arts manager and film programmer based in Singapore. As Programme Manager for the Singapore International Film Festival (SGIFF) from 2014 - 2019, she takes lead of the Short Films programme and is the programmer of Singapore Panorama and the Offscreen series of talks and masterclasses.

Puiyee is currently the Senior Manager at Objectifs Centre for Photography and Film.

Choon Meng is the founder and CEO of Scrawl Animation Pte Ltd, a Singapore-based animation studio in partnership with Cyber Group Studios from France. He is an experienced practitioner in the local animation industry contributing to the educational sector by serving on numerous industry advisory boards in Singapore’s leading tertiary institutions for media

Yeow Su Xian (Shu) is an illustrator and animator who works in various digital and traditional mediums. Her films involve experimental elements such as silkscreen, charcoal, props, and unconventional interviews – often making reference to scientific theories or local film culture.

Don Richmond is a Singer/Songwriter, Music Director, Composer, Music Producer, Arranger and Mixer. His work has bagged him 2 Compass awards, 2 Life Theatre Awards, 1 SPH award for Production and 1 Creative Circle award for Best Music. Don was also on the National Arts Council's Noise Programme as Music Mentor from 2008 to 2014. You can hear Don’s work on Mediacorp’s numerous TV series over the years, with The 5 Show, The 5 Search and Spouse For House. 2019 saw Don score two tv series, After Love and Mixed Signals where he also wrote both theme songs for the two series.

Don also served as a composer, producer, and arranger on Dr Sydney Tan’s music production team for the 2015 SEA GAMES and SG50 Edition of the National Day Parade. Don’s most recent movie score offerings are SG50’s 7 Letters and the Royston Tan directed 3688. Most recently, he was the Music Director of NDP 2022 and also wrote the music and lyrics for the theme song ‘Stronger Together’.