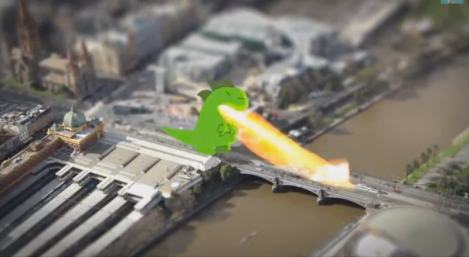 Drunker than a skunk by Bill Plympton

Bill is best known for his 1987 Academy Award-nominated animated short Your Face and his series of shorts Guard Dog, Guide Dog, Hot Dog and Horn Dog.

Bless You by Philip Watts

Since the early 90’s he has been producing animated motion graphics for the television industry. He worked as a freelance cartoonist and recently started combining these two interests by making my own animated short films.

Cody has worked as a character designer and animator on Netflix’ Bojack Horseman, and as an animator on Fox’s Cosmos: A Spacetime Odyssey.

Michelle is a character animator who graduated from Savannah college of Art and Design. “Darwins Theory” is her first independent film that has screened in several festivals.

Joanna has created the titles for the BBC3 show Touch Me I’m Karen Taylor, and the Laughing Orangutans cartoons for PBS’s Electric Company.

Louis has been featured in American Film Showcase, Annenberg Fellowship and Sloan Science Grant. The film uses the atmospheric sounds of urban settingsto create an exciting soundscape that evokes the organized cacophony of city life.

Stick Out by Anthony Farquhar-Smith

Anthony is an animator of the movies including Corpse Bride, Max&Co and Fantastic Mr.Fox. He has worked television shows including the Koala Brothers and Fifi and the Flowertots.

Hisko composes the orchestral soundtracks for his own films. In 2012 Hisko was invited by Disney Studio’s, Dreamworks and Blue Sky Studio’s to present his film Junkyard to the artists.

A graduate from New York University Tisch Asia, Home was Arjun’s first independent film and has been played in film festivals across the world including India, Singapore, New York, Los Angeles, and Germany.

Damien’s Une Balade a la Mer is a story about a small animated character who decides to go out to face the city and the nature to free his goldfish. But the cadence of his own will reserve for him numerous surprises.

A time and place by Ho Chuang

Ho Chuang is a Taiwanese animator and premiered his film in Singapore at Cartoons Underground.

A recent graduate from New York University Tisch Asia, Marielle from the Philippines showcased her short at Cartoons Underground and was one of the audience’s favourite.