The selection for Cartoons Underground 2018!

In 2018, we received the most amount of entries ever with over 1,500 entries from 90 different countries! The selection process this year has been tough, receiving tons of films with high standards of story-telling and craft. We are proud to announce the 21 works that will be screened at this year’s festival!

Most of these films have been screened in prestigious animation festivals including Annecy, Ottawa, Zagreb Animafest, Bucheon and more! Some of which will having their debut in Asia at Cartoons Underground! 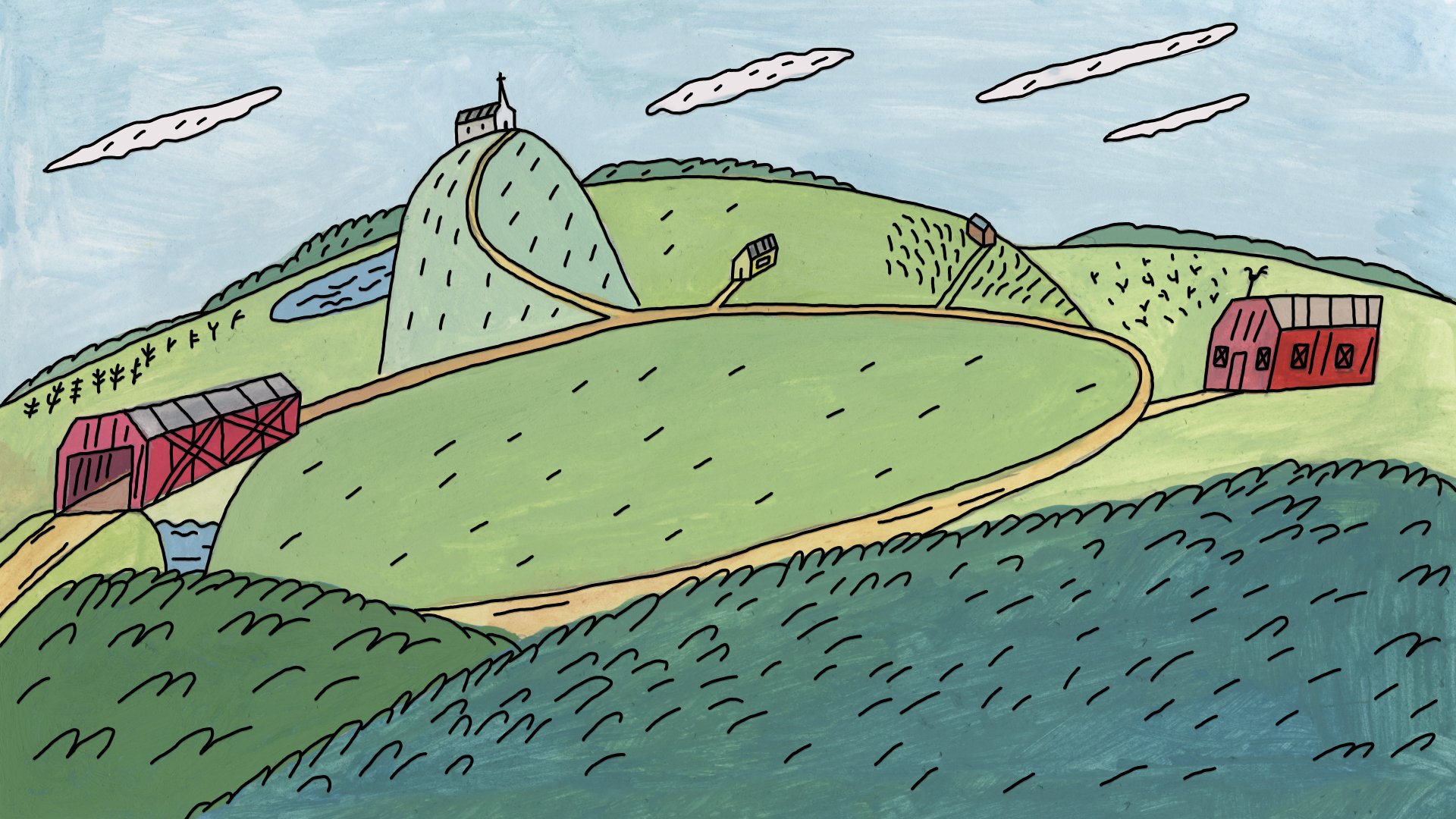 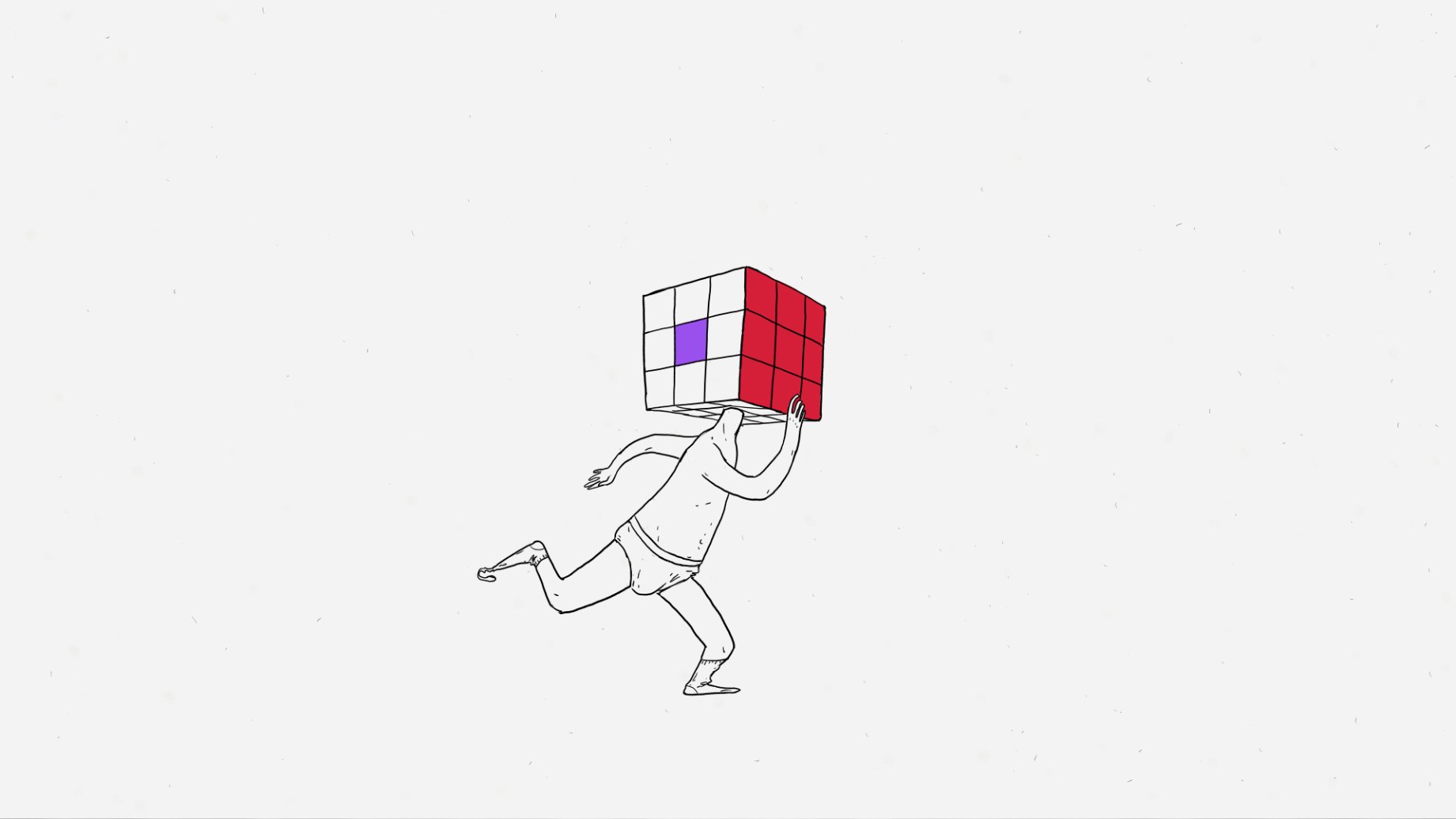 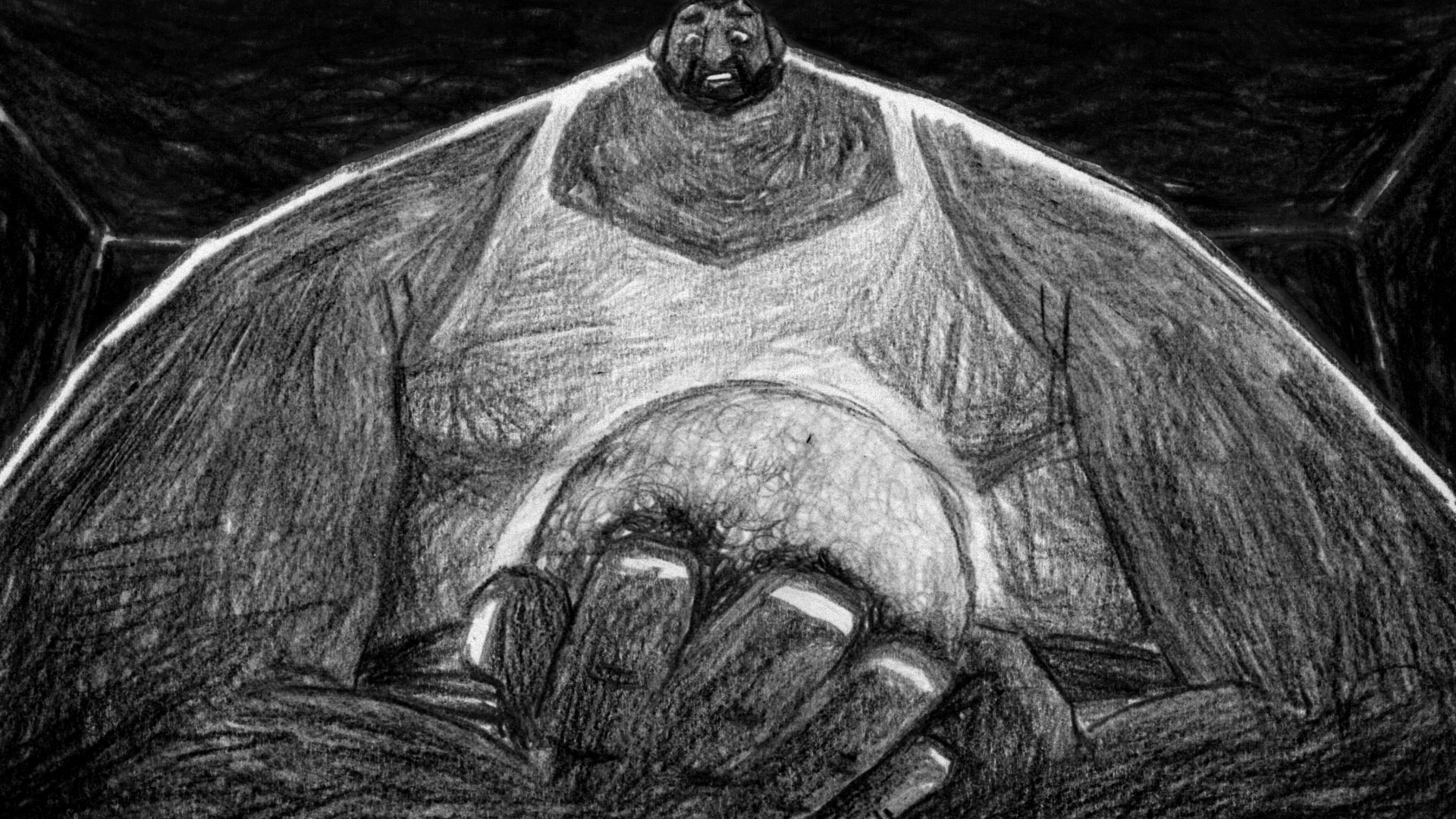 What Has to be

Different Worlds features an exciting lineup of seven films that will transport our audiences to well-crafted worlds that mixes fantasy with reality. Featuring ‘Hide and Seek’ by Abhishek Verma that has been screened in Zagreb Animafest, and ‘Fuse’ by Shadi Adib, featuring a raw animated sketch of the impending death of a mouse, and  Patrick Smith’s film ‘Pour 585’ that has been qualified for the Oscars! 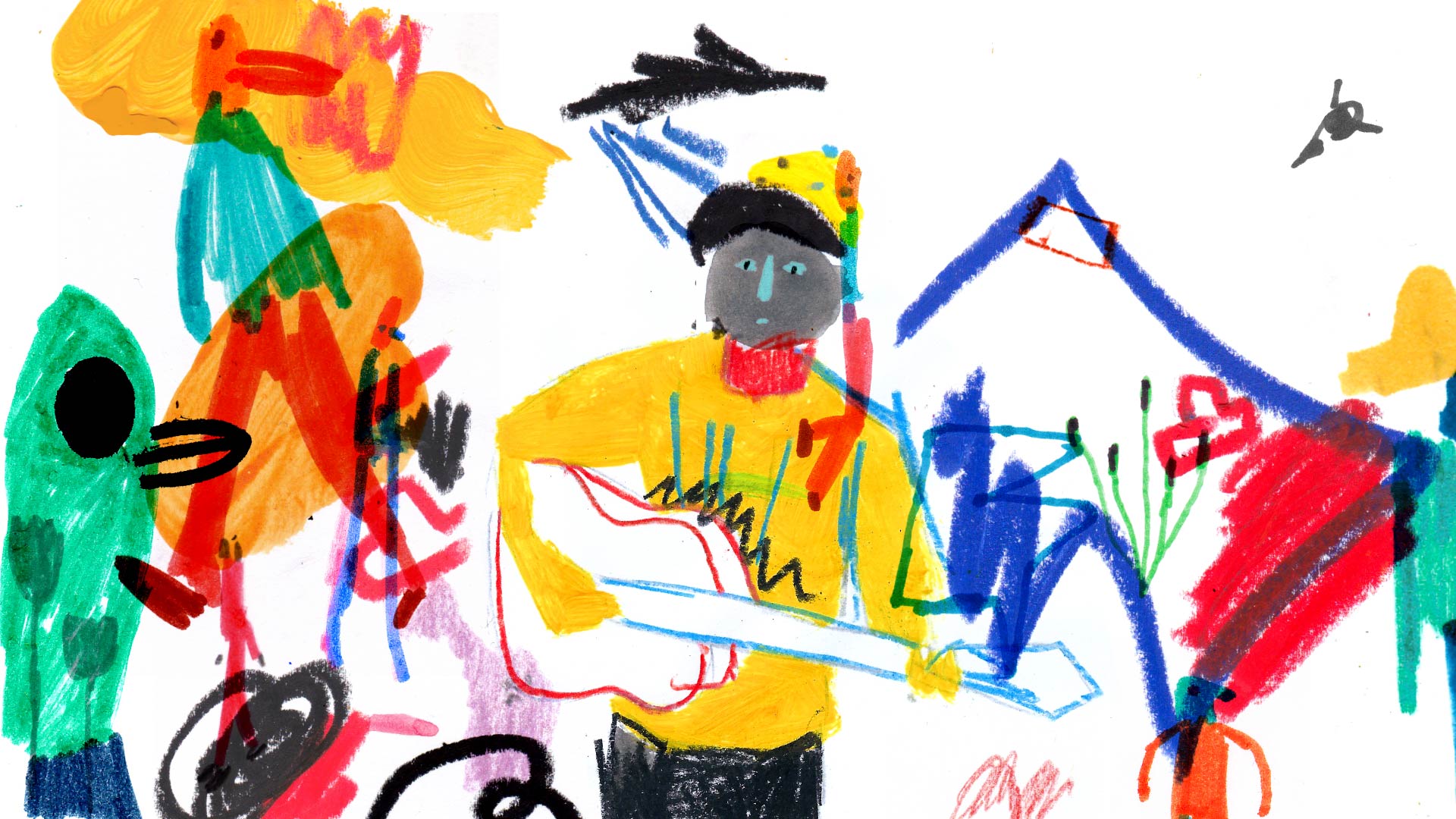 Synopsis: Cuidacoches is a song by Tall Juan dedicated to all those people who live in the street. Made with acrylics, pastels and pencil on paper.

Synopsis: Like the beached whales he studies, introverted marine biologist Stefaan flees the ocean. But floods, leaking faucets and endless rain keep seeping into his life, and he can’t keep the water out…

Biography: Wouter Bongaerts (°1986) graduated in Genk, Belgium with his animated short ‘Mouse for Sale’. Winning the Animation Wildcard of the Flanders Audiovisual Fund, he made his first professional short ‘Mia’ at the animation studio Creative Conspiracy, based in Gent. Shortly after, he started developing a new short which became ‘Panta Rhei’, made in the same studio. Apart from making short films, Wouter also works on tv-pilots and commercials as a freelance animation director. 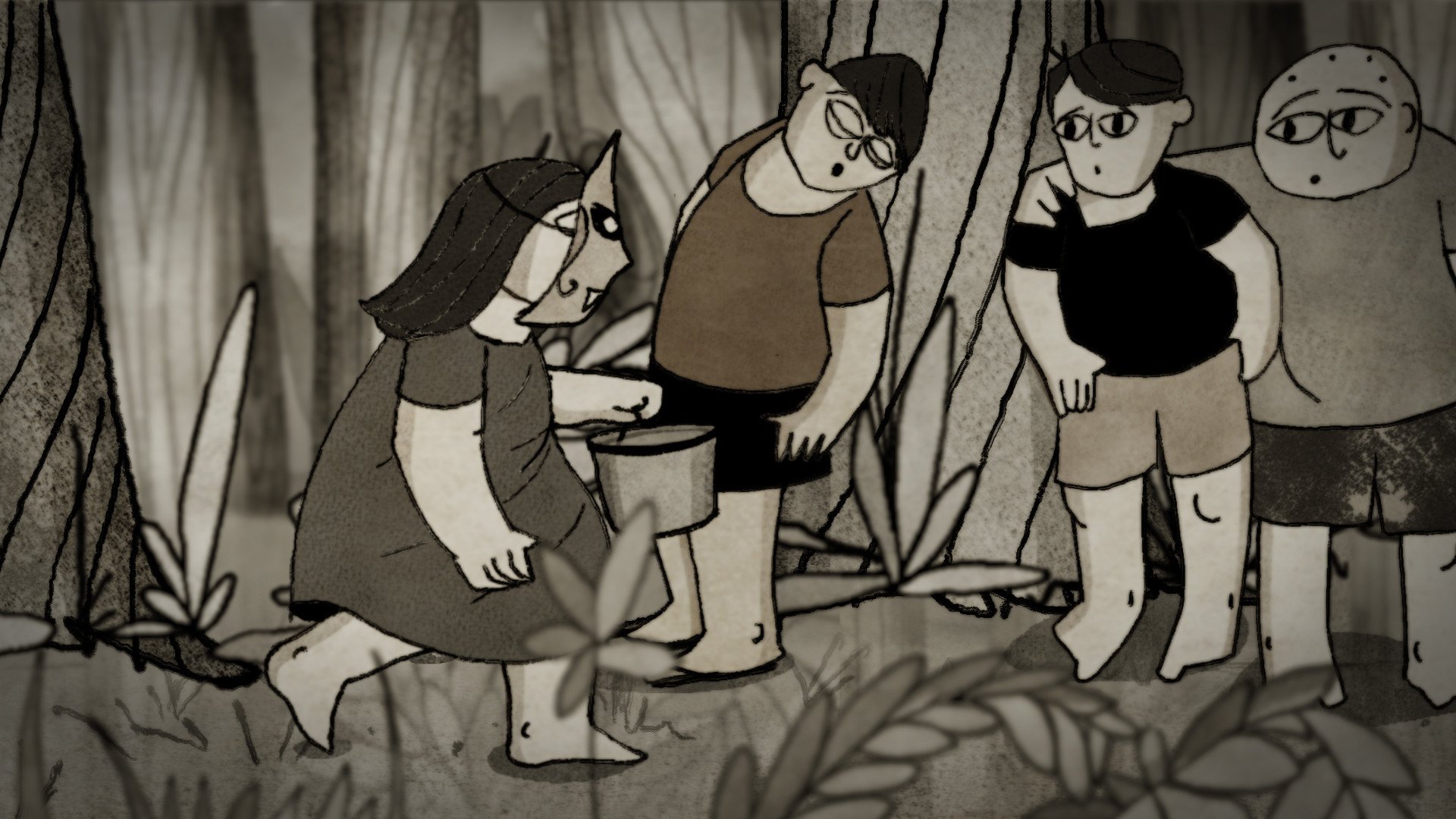 Synopsis: Nine-year-old Bhuri faces the embarrassment, eve-teasing and harassment that comes with defecating in the open, and tries to overcome this daily trial.

Biography: Abhishek Verma is an independent animation filmmaker based in New Delhi, India. His animation short “The Sugar Syrup” has been screened at over 37 festivals including Animafest Zagreb, MIFF and Chitrakatha. He loves screenwriting and experimental narratology. He is currently working on his feature animation named “Oh my Dog!”.

Synopsis: A very short series about summer, wind and misadventures.

Biography: Oscar Aubry, Tom Goyon, Elie Martens and Heloïse Solt are four friends, and it was summer. As we wanted to make a film together, we decided to make a film about four friends during summer. One year after the end of our studies in 2D animated movies, we created an association named “Guac”, and “Nik Summer” is its first production.

Synopsis: A small tight knit New England community is shaken by the arrival of a newcomer.

Biography: Alan is a recent graduate of the MFA program in experimental animation at California Institute of the Arts. His films have screened internationally at: The Ottawa International Animation Festival, The Stuttgart International Festival of Animated Films and The Holland Animation Film Festival, among many others. 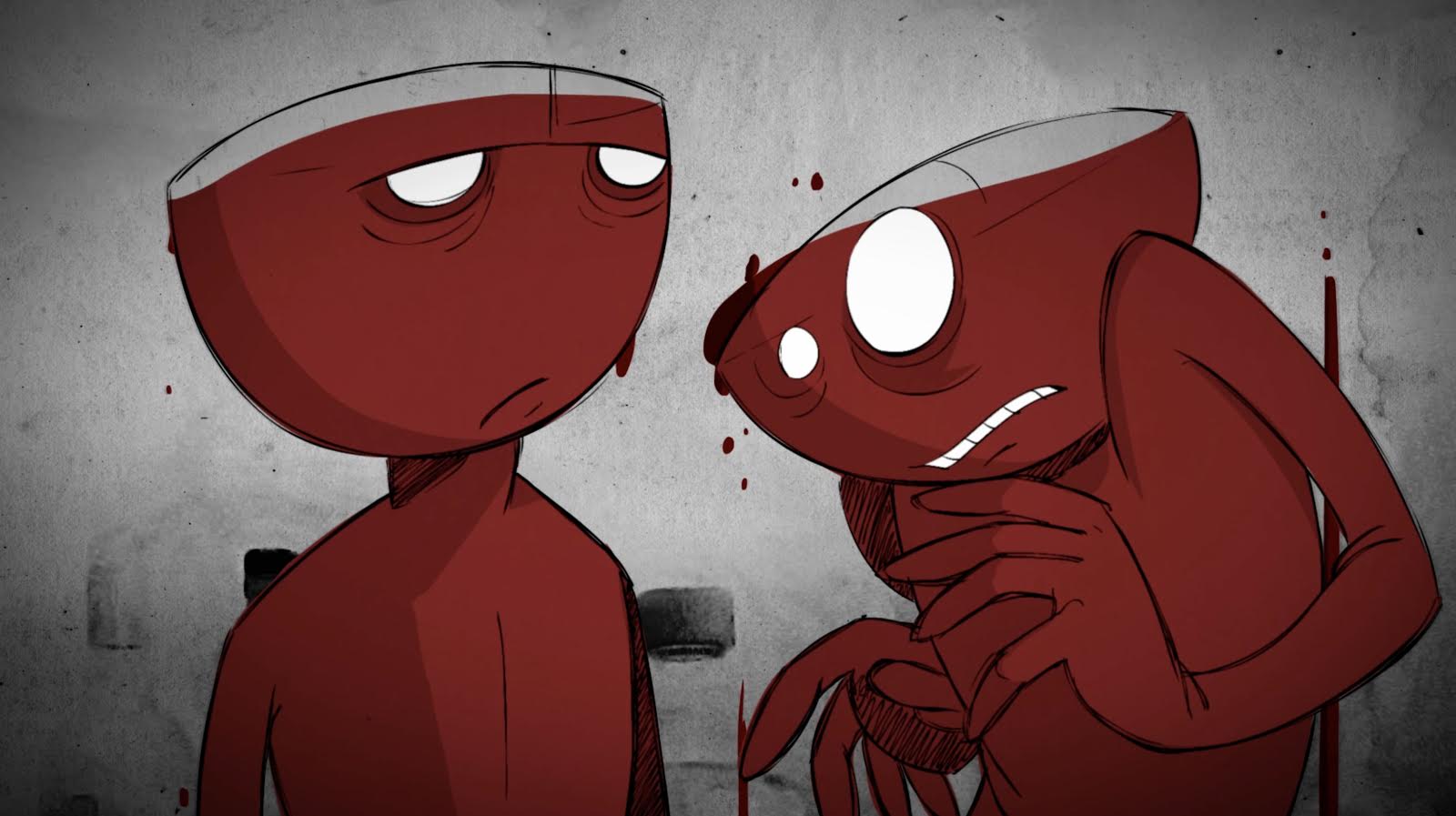 Synopsis: A timid character with a wine glass for a head grows larger than his numbered peers while participating in a prosaic cycle of pouring.

Biography: Youngest of five. Japanophile. Born in Puerto Rico. Son of a fur trapper. He animated first drawings under the influence of LSD. His first job was drawing Beavis and Butthead. Made his fortune animating anti-depression commercials for Pfizer. His three year old daughter speaks more Japanese than he does. Worst Catholic ever. 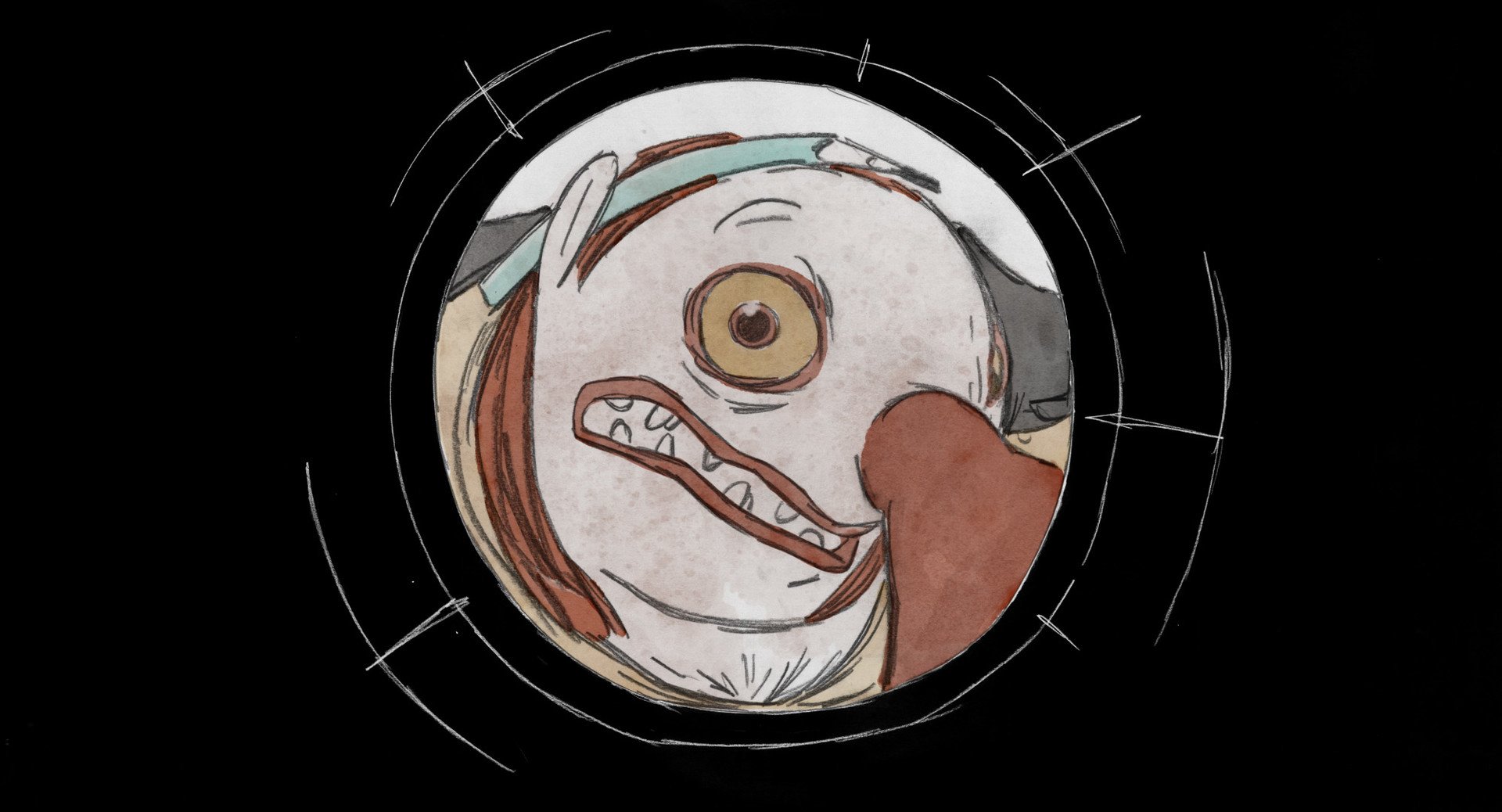 Synopsis: A mousetrap snaps shut. A group of men discuss how to kill the mouse in the box. One after the other try to trump each other’s sadistic fantasies.

Biography: Shadi finished with a master’s degree in animation at the University of Tehran and worked as an animator filmmaker for several years before and after arriving to Germany to attend Filmakademie Baden-Württemberg. Her film “Fuse” is running for competition currently main animation festivals like Annecy Animafest Zagreb and ITFS Stuttgart during her work at Studio SOI for “The amazing world of Gumball”.

A Word Please, features powerful commentaries about human society and its condition. Catch ‘The Blue Hands’, a beautifully illustrated animation by Alexandra Anokhina and Mikhail Shepilov’s, and ‘Enough’ by Anna Mantzari that explores the critical moments when one loses self control. 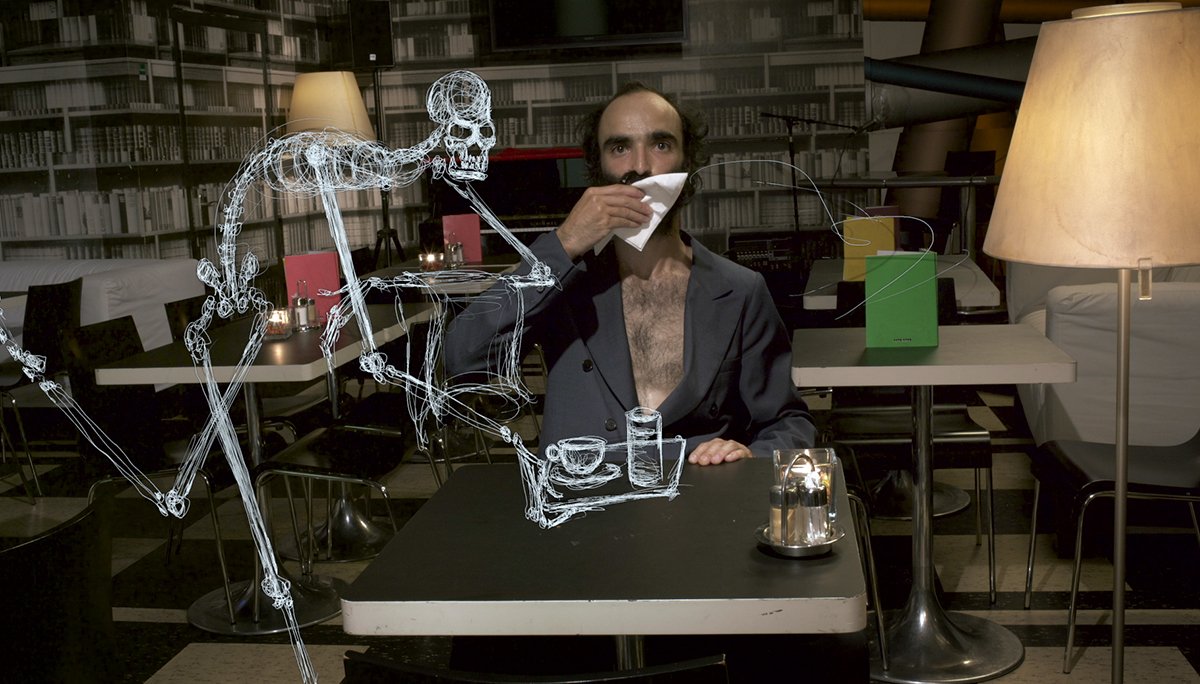 Synopsis: A ride around Vienna’s Ringstrasse and from there into the city, death is always there, in front of us. The film follows the cycle of life, the rhythm of the city.

Biography: Filmmaker, dancer & set composer, Paul Wenninger directed 2 animated short films using the pixilation (stop motion) technique which have been acclaimed worldwide: Trespass (2012, Premiere in Annecy, over 50 festival selections), Uncanny Valley (2015, over 70 festivals, 14 awards and mentions). Susan Young is a BAFTA-nominated animation director based in London. Carnival, her Royal College of Art graduation film, features the fluid, dynamic line that defines her commercial work. Susan’s films, titles, promos and commercials have been screened worldwide and she has served on several international animation festival juries. She is currently at the Royal College of Art researching animation’s capacity as a medium for processing psychological trauma, using autobiographical material to create a trilogy of film experiments while exploring new animation techniques. 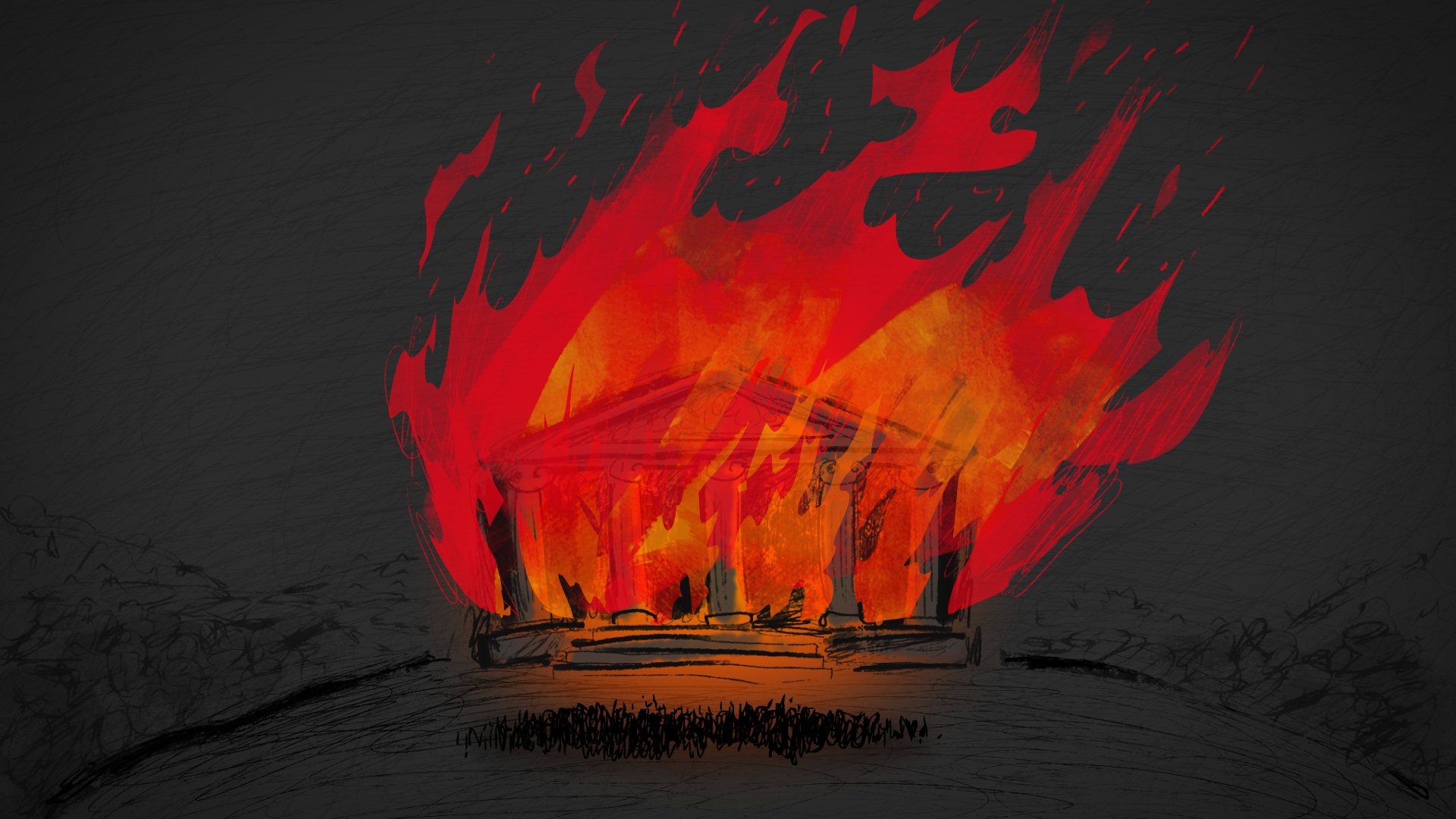 Synopsis: The pianist burned his hands in a fire. He cannot play and that drives him crazy. His daughter helps him cope with his pain, but he pushes her away. All he wants is to play and shine on stage.

Biography: Alexandra Anokhina and Mikhail Shepilov are from Moscow, Russia. They were students of the Russian State University of Cinematography named after S.Gerasimov, in the faculty of animation and multimedia directing (workshop of V. Olshvang). ‘The Blue Hands’ is their graduation work about the sacrifice and vanity of man. 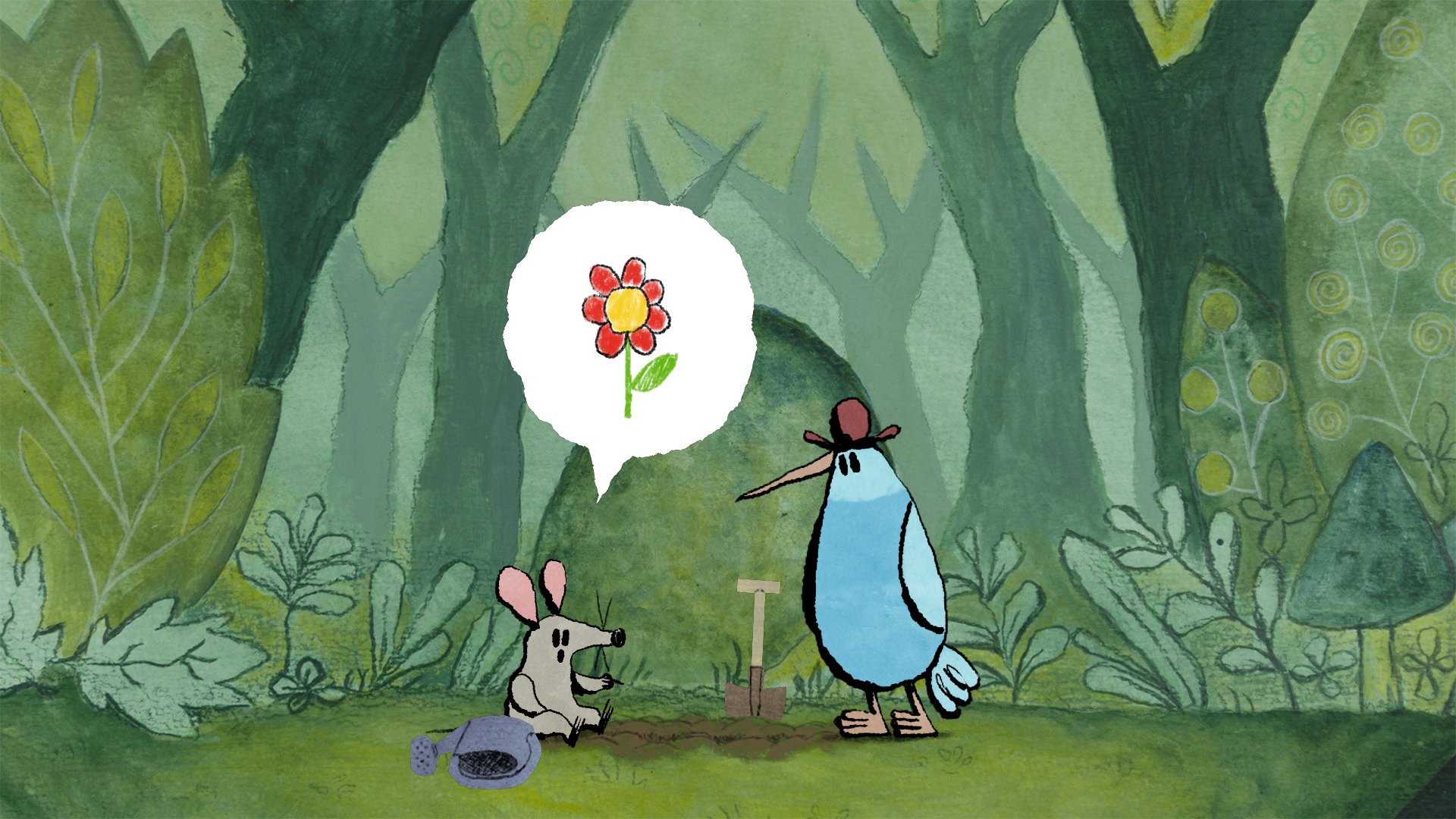 Synopsis: When a beautiful flower suddenly disappears Mouse is very sad. Other animals takes Mouse on a search and things quickly get out of hand.

Biography: Jorn Leeuwerink was born in 1990 in the Netherlands. He studied 2D animation at the HKU University of the Arts Utrecht. 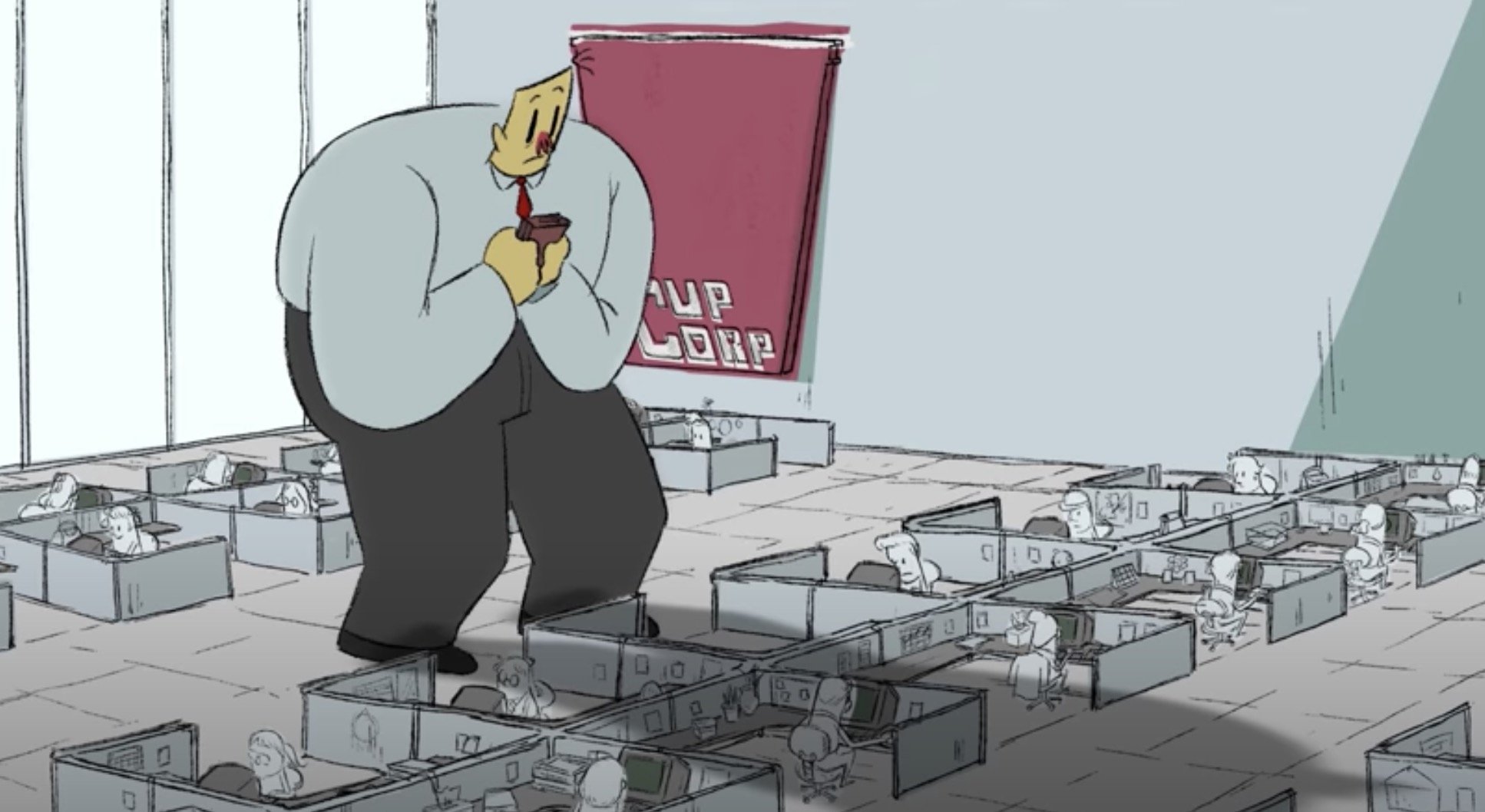 Synopsis: Businessman, Mr Bigman, doesn’t seem to be able to find the joy in his work life.

Biography: Originally from Singapore, Clarisse Chua is currently studying Character Animation at California Institute of the Arts. She strives to become a better filmmaker and tell compelling stories through animation and fantasy.

What Has to Be

Synopsis: Husband and Wife grapple with the tragic death of their firstborn as they await the arrival of their second.

Biography: Director/animator Jerrold Chong graduated with a BFA in Animation at California Institute of the Arts (CalArts). An avid lover of cinema, he is fascinated by the power of animated cinema as abstract visual metaphor and is driven by a desire to tell sincere stories that examines the depths of everyday life and the complexities of the human experience. 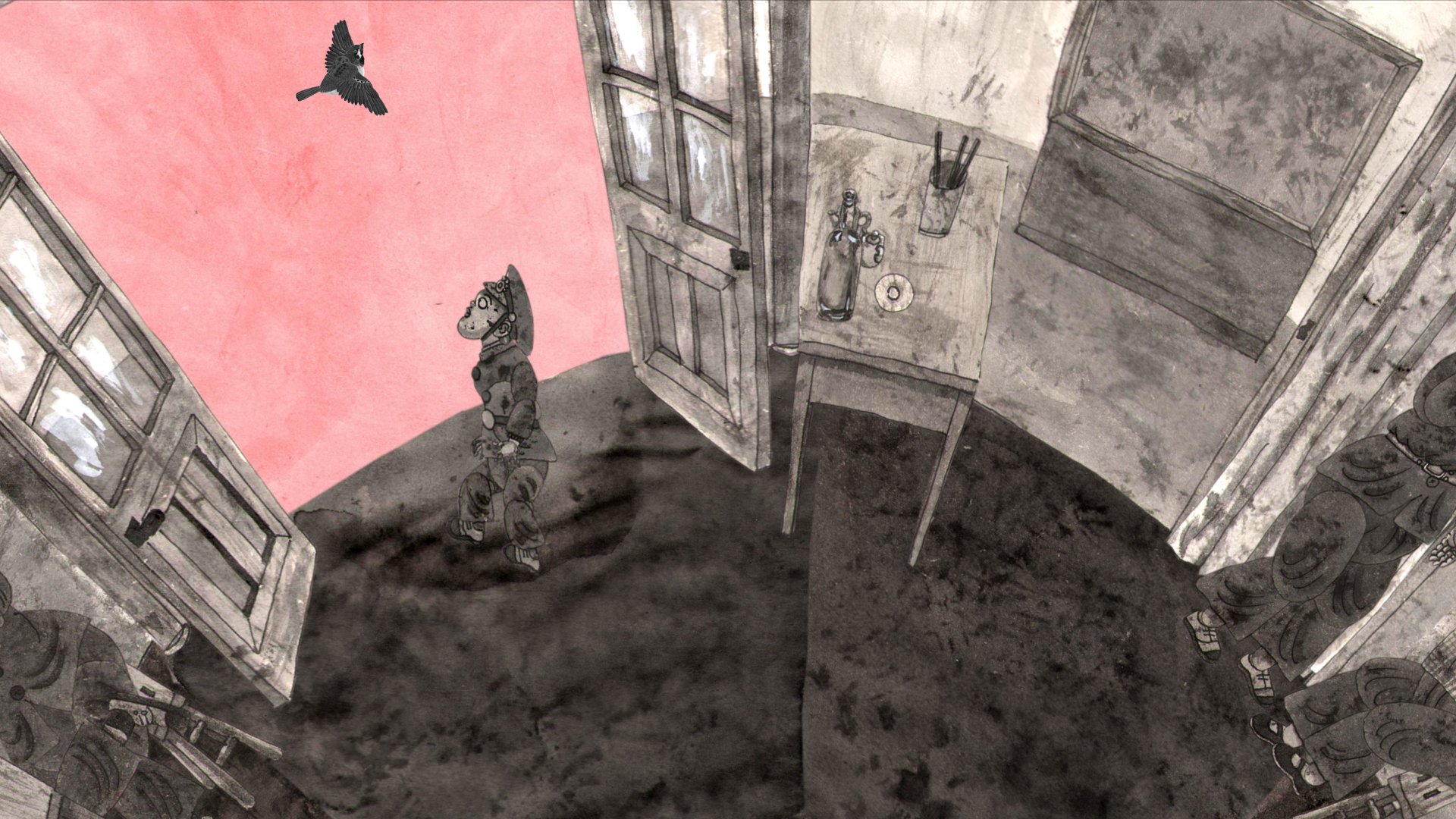 A Fly in the Restaurant

Synopsis: In a restaurant in China, the waiter tries to swat flies while a number of diners eat their food.

Biography: Chen Xi once worked as a TV animation director and an independent director. He is currently a lecturer in Beijing Film Academy. In 2010, he is awarded the Special International Jury Prize in Hiroshima International Animation Festival. He is the international jury member of NCAIAF 2016. 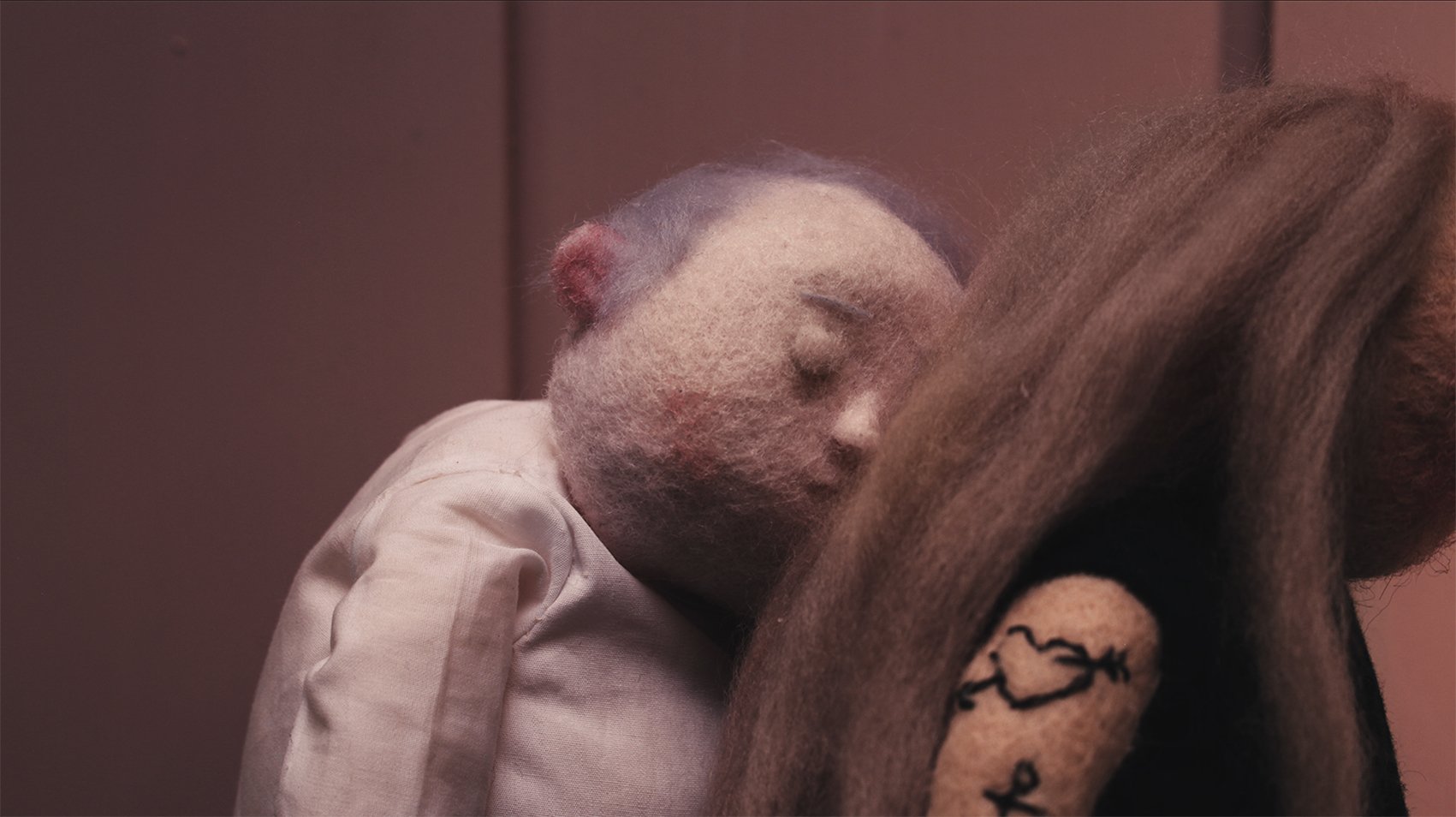 Biography: Anna Mantzaris is a Swedish Director and Animator based in London. She had worked in various projects, commercials and feature films, including Wes Anderson’s “Isle of Dogs”. Her short film “But Milk is Important”, co-directed with Eirik Gronmo Bjornsen, won over 20 international awards. Her first year film “Enough” at the Royal College of Art is currently being screened at festivals around the world, and has received multiple awards. Anna has just been signed as a Director at Passion Pictures.

Students from all over the world, especially from Asia, come to Singapore to study animation. We'd like to give them an international stage. 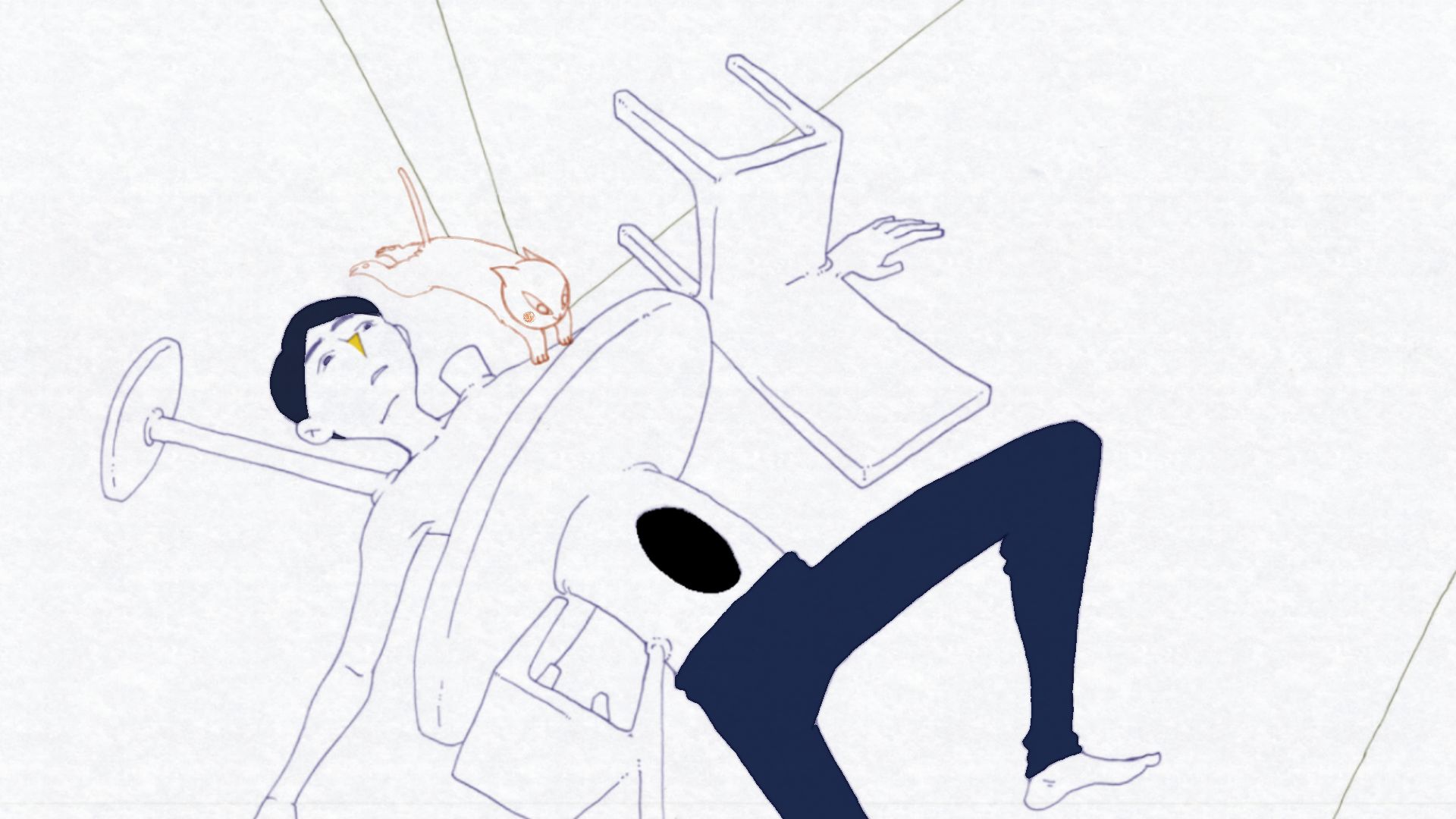 Synopsis: An apartment is populated by a couple, a drug addict, a depressed man and a suicidal office lady. Everyone wants to be happy and find her own way to achieve their own form of satisfaction.

Biography: Minhao Hu, Jolene Tan and Phoebe Ting are currently studying Digital Animation at Nanyang Technological University, School of Art, Design, and Media. They are currently working together on their next film. 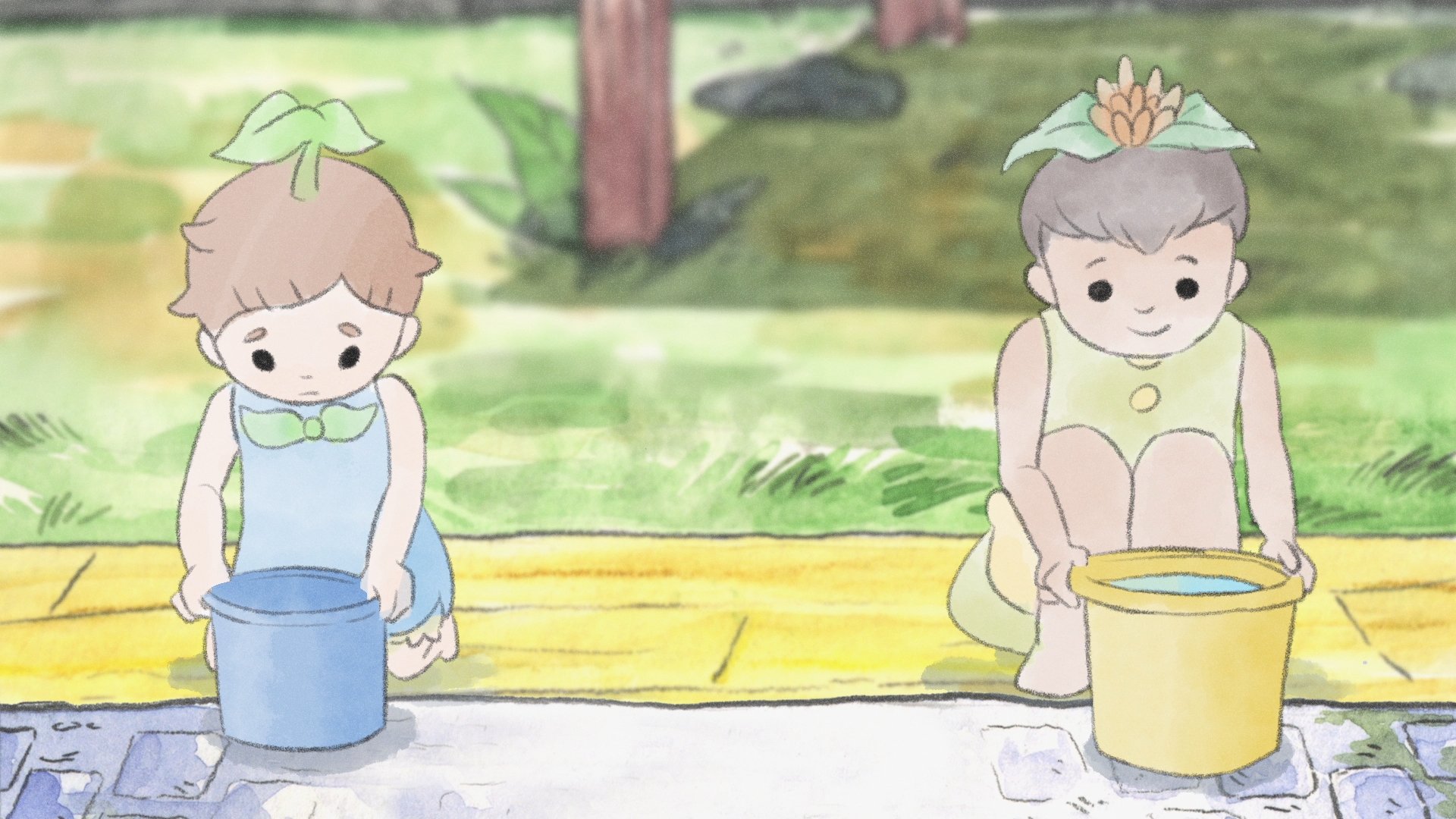 Synopsis: Sprout always compares herself to her friend who grows much faster than her.

Biography: Febby Yauwanita is an Indonesian student currently pursuing a BA (Hons) Animation Art at LASALLE College of the Arts. She is specializing in 2D animation. 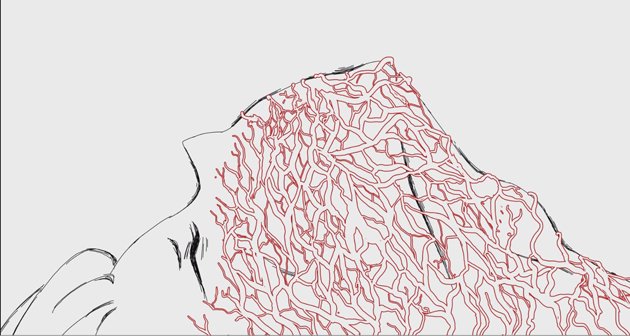 Synopsis: Tide is a film that explores the difficult topics of depression and anxiety. Tide follows a girl trapped in her mind due to these emotions.

Biography: Shreya Kumar Sarma is an Indian-born animator currently residing in Singapore who graduated with a BA (Hons) Animation Art, First-Class Honours at LASALLE College of the Arts. Having grown up in a society that prioritised academics over arts, Shreya always finds solace in art whenever her emotions take a turn for the worse. A deeply emotional person, she showcases these feelings through her work hoping to touch and resonate with other souls. 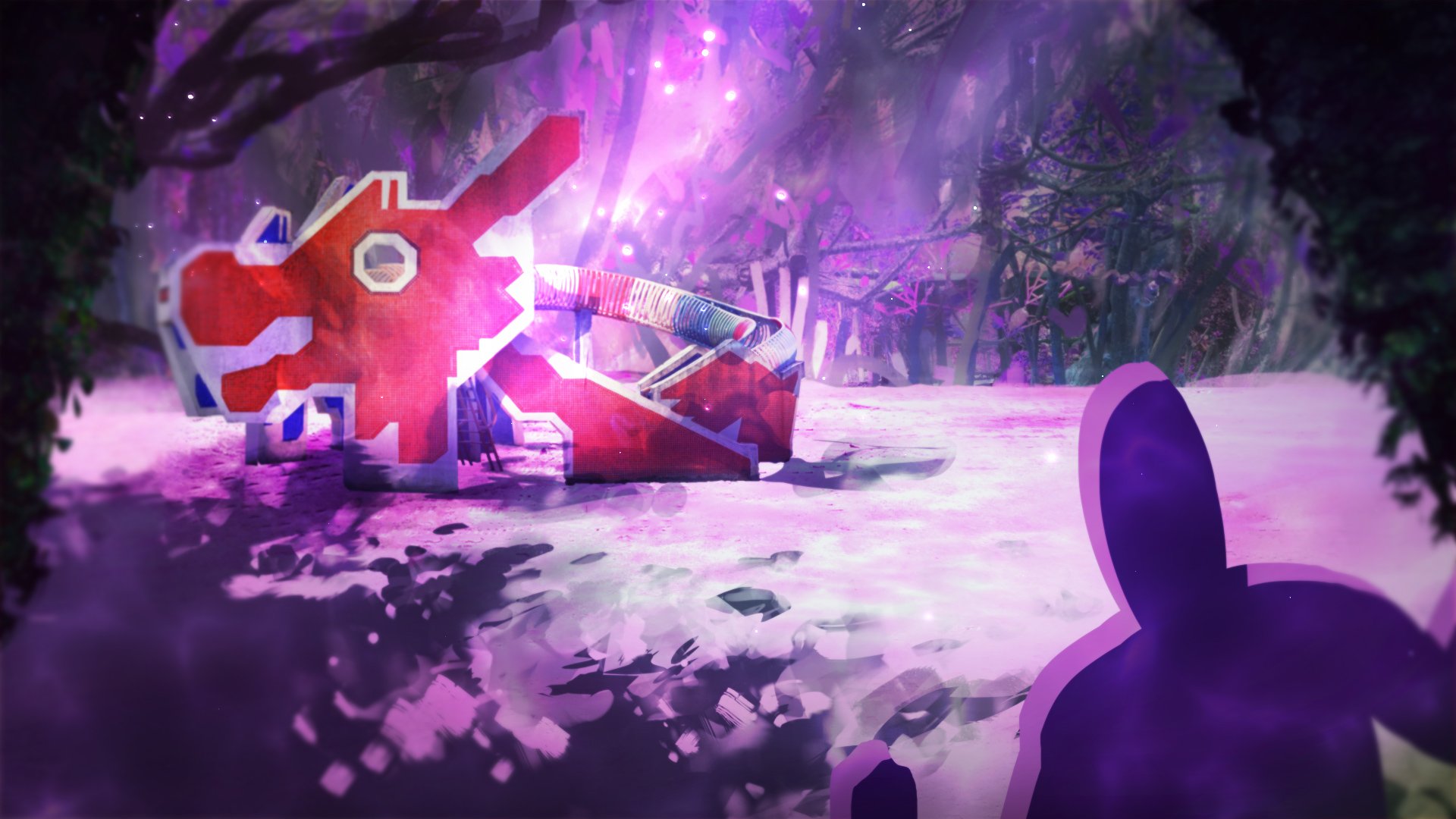 Synopsis: A boy sets out to find his younger brother in the sunken city of Singapore. As he passes the familiar paths, a symbol of his past haunts him; a reminder of the happier days. The symbol that he and his brother had once shared.

Biography: Zhen Ying Jie is an animator, matte painter, environment and concept artist in Singapore. He is currently pursuing a BA (Hons) Animation Art at LASALLE College of the Arts. With his keen eye for details, an ambition to try new endeavours and determination to push through his own limitations, he plays a key role in any filmmaking experience. 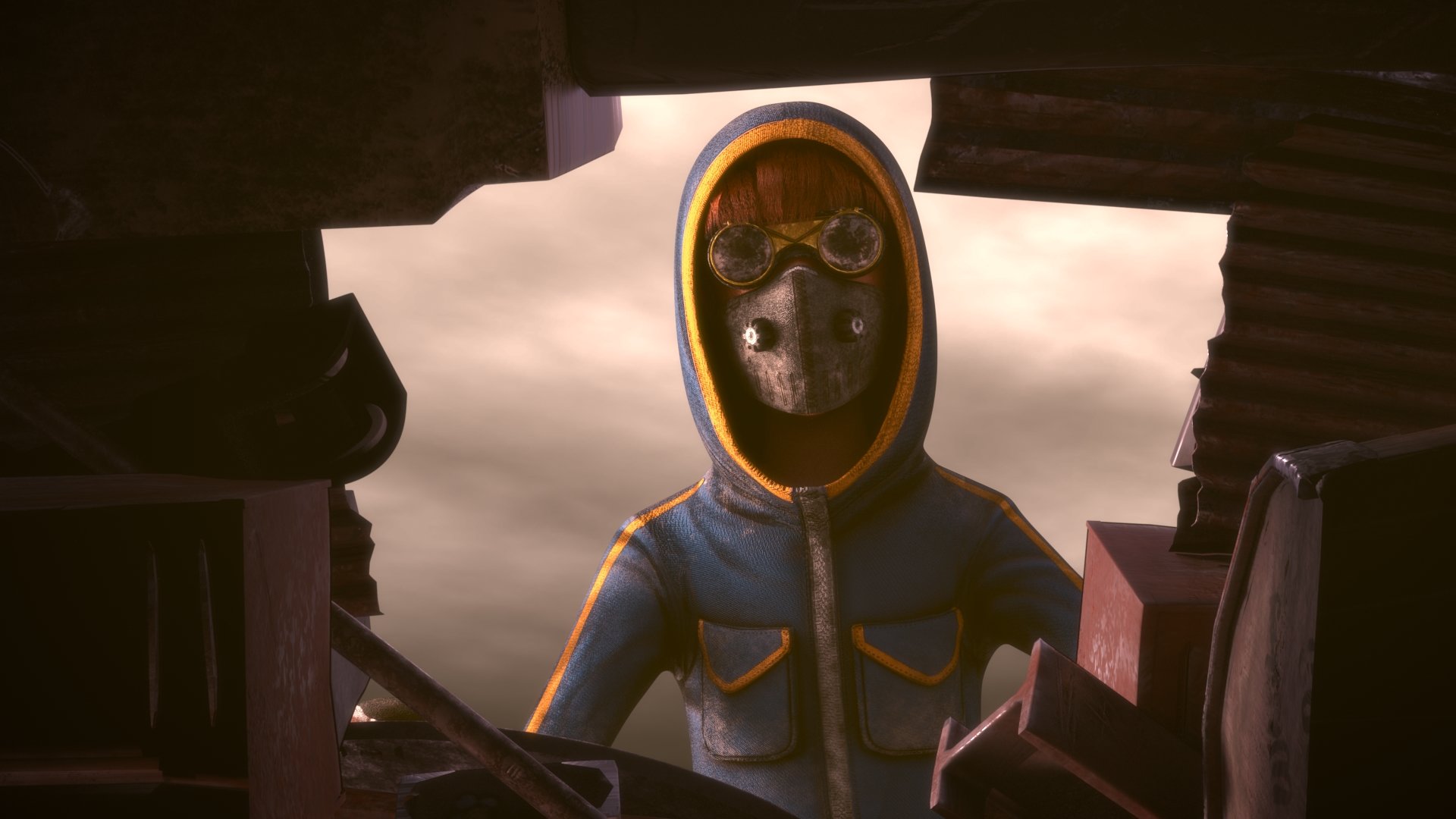 Synopsis: In a post-apocalyptic world, a scavenger searches for discarded items.

Biography: Michael Robert Rafanan graduated at 3dsense Media School, specialising in Visual Effects in the Short Film Diploma programme. He is currently involved in a few projects related to the field and in his spare time, work on his creative outlet #ThinkCreativeThoughts. Michael has a degree in Architecture, and had worked as an Animation Supervisor and Video Editor at 2D animation company, BouncingBall, as well as an Interior Designer in Singapore where he saw projects through from design conception, drawing completion and fabrication. 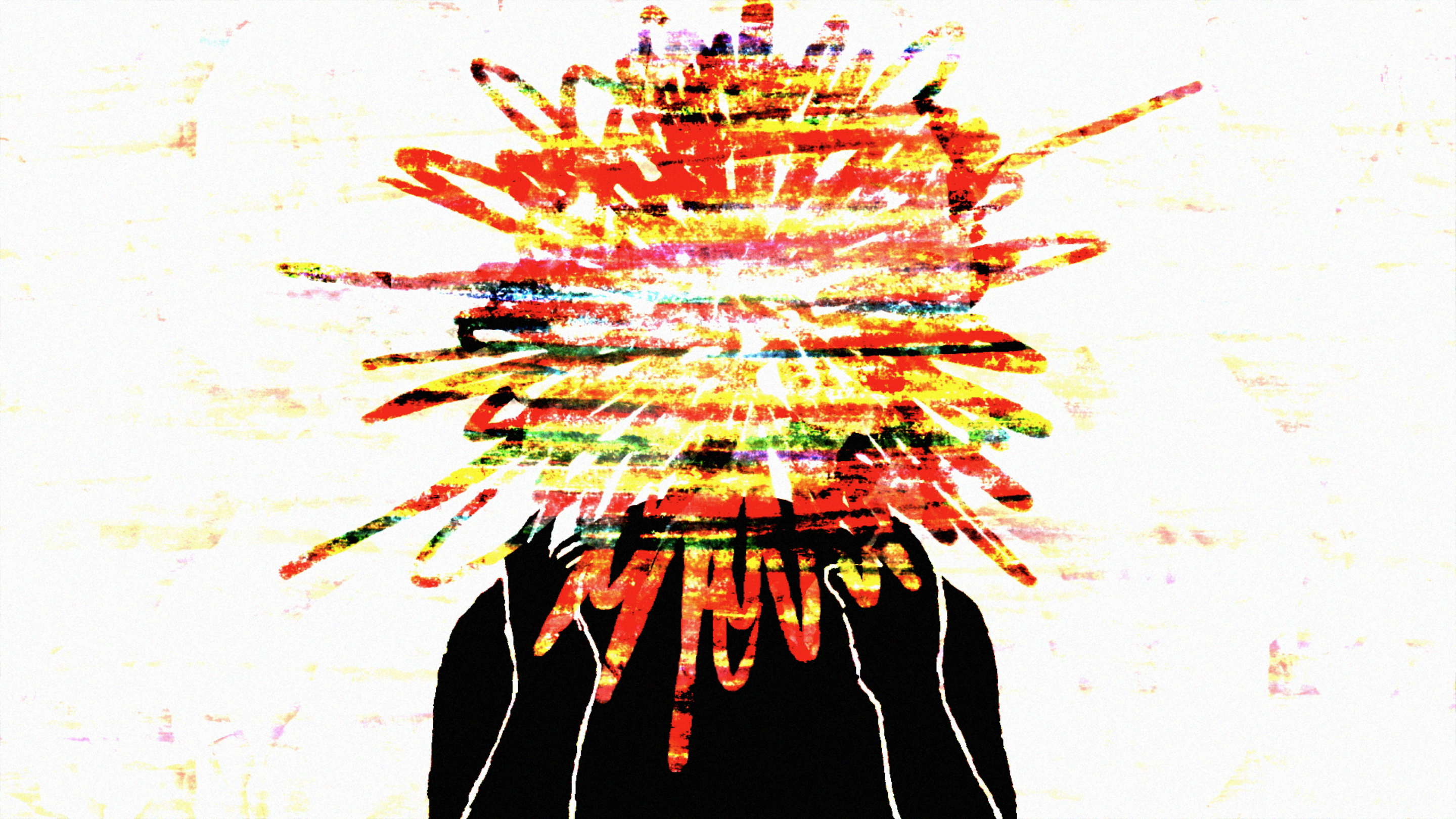 Synopsis: This film explores “identity” in a reality where change is the only constant and one must eventually accept the fluid nature of one’s self.

Biography: An alumnus of Hwa Chong Institution’s Art Elective Programme, Hua began animating on Photoshop in 2015. Animation, being both tormenting yet oddly gratifying, has since revealed a sadomasochistic side to the artist, who continues to seek enjoyment in this torturous art form till today. Hua’s works reflect personal troubles with instability involving self-identity, internal conflicts and the uncertainties of life.

Synopsis: A man with a Rubik’s cube for a head tries to connect with others. He fails at some point, and tries again.

Biography: Xue Enge is a freelance animator. She was born in China but moved to Singapore when she was nine. Enge discovered the magic of animation while studying at Nanyang Technological University’s School of Art, Design and Media. Like most artists, she does freelance work so she can fill her stomach, and also treat herself to a drink or two. When she is not illustrating or animating, she likes to ponder about life and how the world works. Enge finds comfort in old books, playing with small animals, and (occasionally) alcohol.