Our very own Festival Director, Vicky Chen, was part of an expert panel discussing about Breaking Barriers for Women in Film and Animation! 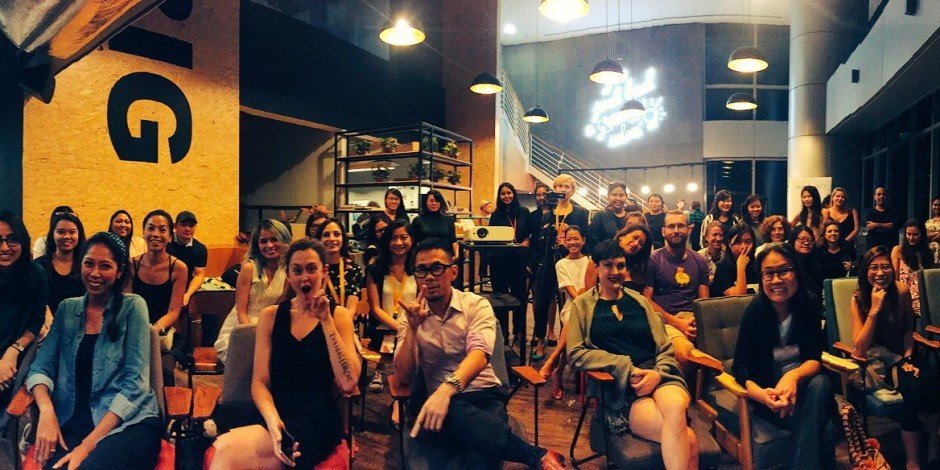 SheSays Singapore hosts a discussion on women in film

Women make up 51% of the world population, and buy more than half of cinema tickets, yet there are a disproportionately low number of female protagonists and female directors in the film industry.

SheSays Singapore’s Lizi Hamer brought an expert panel together to discuss the issues, following hot on the heels of a SheSays event which looked at the state of women in STEM in Singapore. On the 15th March 2017, she was joined by CheeK, chief content officer and director of Chicken Rice War), Jacqui Hocking, documentary filmmaker at Vision Strategy Storytelling, Charlotte Worthington from Puttnam School of Film and Animation, LASALLE, Vicky Chen of Cartoons Underground, and Carlene Tan former studio head of One Animation, to find out why.

What advice would you give to a woman trying to break into the film industry?

Jacqui: Just do it. Make the decision, own it, and just take action. Nowadays all you need is a phone – everyone has the tools. It is about having the guts to get out there and start making something, whether you are a guy or a girl.

Charlotte: You need to have a hunger for it, as it can be a very tough business sometimes. You have got to be patient. You need confidence and drive, and confidence can be hard when you start out.

Carlene: I know it is scary, but part of that not knowing is why we do it. Harness that fear and just do it.

Do you have to know about a story in order to tell it?

Charlotte: With any story you have to know and understand the subject. You cannot do it with only a superficial knowledge of a subject. Observe and listen, that is the root to film making.

Jacqui: I have often edited documentaries where I wasn’t a subject matter expert. It is through the process of making the film that you discover things. It is about observing. Carlene: With animation it is all about preparation. You go deep a lot earlier in the project. You talk about the characters and the pace and you have to make those decisions earlier, otherwise the costs are prohibitive.

Vicky: Running Cartoons Underground, a lot of our films are really short, but a good story can be told in a very short time span.

Carlene: One reason why I never went to animation school is I cannot draw to save my life, but I enjoy walking around the studio and watching the animators pulling faces into mirrors. It is all about observation and going in deep.

Are film festivals playing the right role for young film makers and animators?

Carlene: Animation festivals are about 50-50. Judging panels are equal.

Vicky: Our judges do not look at names because they have hours of film to go through! For bigger film festivals there would be a bigger panel and perhaps more nepotism involved.

CheeK: When I first started making short films people didn’t know if I was a woman or a man because of my name. Perhaps I benefited! When I was judging it was based on how good the product was.

Jacqui: The amount of women directors is small so we definitely have an issue there. We need to wake up and realise we can become directors or producers, we just need to get out there and do it.

Charlotte: I have found that young women are cautious about putting themselves forward and I have to encourage them. Young men seem to find it easier.

Carlene: I was lucky in my school in that they encouraged us, so when I did my first project I told my male partner that we would split the directing.

CheeK: In my company 71 per cent of the creative content team are women. They are executive producers and writers, not just doing make up.

Jacqui: Tonight I want to bring awareness to equal pay, because when I was a producer I was paid a quarter to a half of what the guys were paid!

Carlene: I don’t think it is as bad here in Singapore. In LA someone in a meeting treated me like a secretary. That has never happened here in Asia.

How do you decide what medium to use?

Jacqui: It comes down to how much money you have. Pick a story that you are passionate about, and then use the medium that you can afford.

Carlene: There are a lot of ways to get into film. I always ask myself ‘why animation?’ It is a visual style thing. With animated films there are styles you can encourage which would be harder to do with live film.

CheeK: In terms of a story it depends on the medium you are most comfortable with. Go

How have your experiences been working with tiny versus huge teams?

CheeK: You can scale up or down. It is the strength of the concept or the story that will get you noticed.

Carlene: I agree. I’ve been fortunate to work with big and small teams, and some worked and some didn’t. It comes down to whether the team trusts each other.

Jacqui: You can do everything yourself now, but the question is knowing what you are good at. Try and find a team that complements you.

How do you approach marketing and advertising?

Jacqui: The only way to do that is to sustain yourself first. I find shared value with companies I work with. More than ever the traditional avenues for funding are not an option, so find corporate funding.

Jackie: I am a content consultant, and this is what I do. My clients say they don’t want to pay a million dollars for a short lived advert any more. So it is a great space for film makers.

Jacqui: If you are getting asked to work, make sure you are paid for that work, especially as women. Be aware of your own value.

Lizi: If you’re not sure of your value or worth ask us!

Posted in Uncategorized
← An Evening with Raul Garcia : Making Animation my BusinessCU17: Thank you for your submissions! →